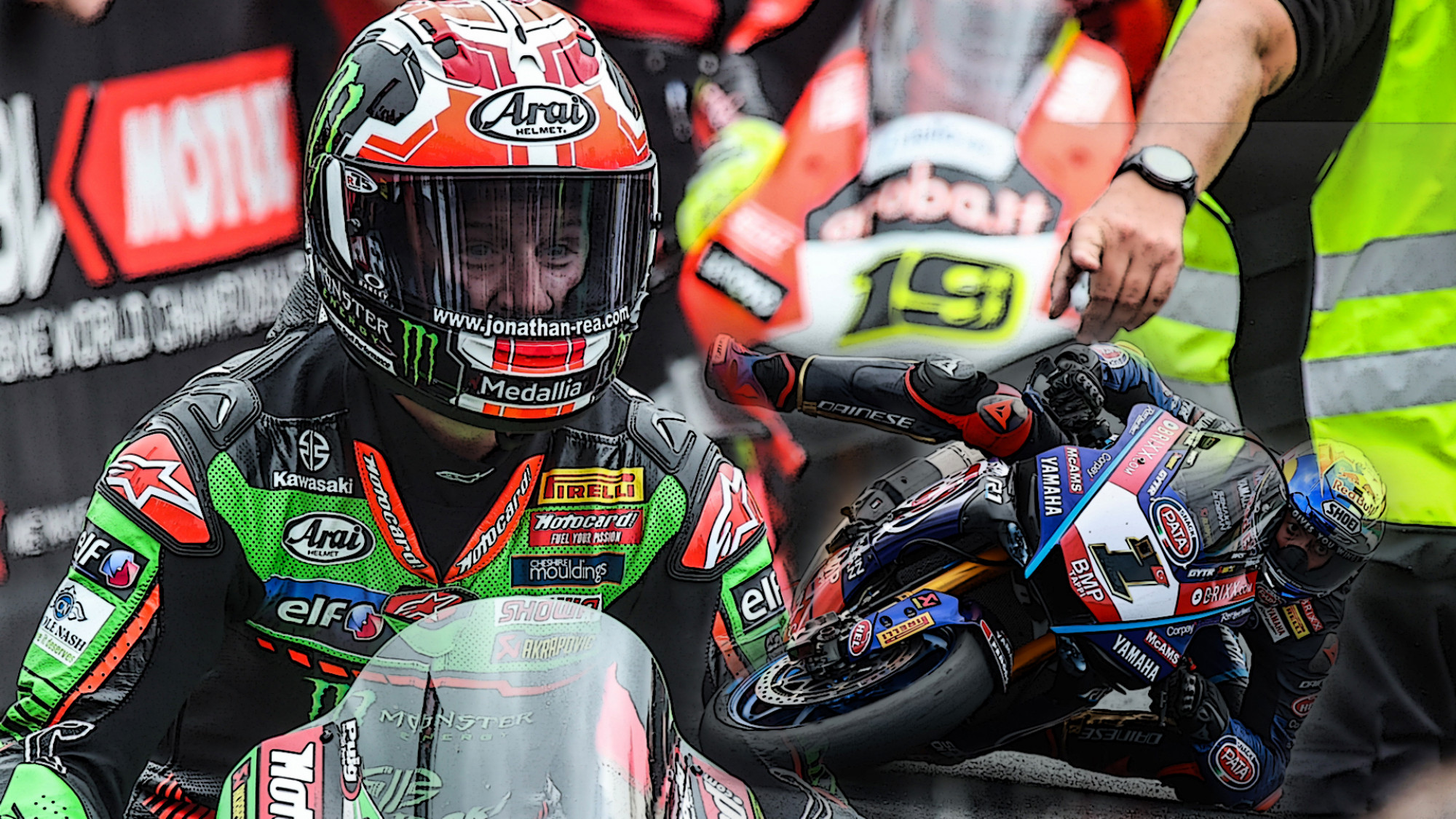 The Estoril Round was a thrilling encounter in Portugal with two winners from three races, all decided on the last lap

The MOTUL FIM Superbike World Championship descended on the Circuito Estoril for the 2022 Estoril Round and it proved to be an up and down affair in more ways than one. From three last-lap deciders, a huge change in conditions from Friday to Sunday and more history being made, the first visit to Portugal in 2022 really had it all. Check out some of the ups and downs from the Estoril Round and a weekend of incredible and unpredictable action.

The weekend ended with Jonathan Rea (Kawasaki Racing Team WorldSBK) claiming two wins, in the Tissot Superpole Race and Race 2, but he was made to work hard for them as he beat his rivals in two last-lap shootouts. In the Superpole Race, Rea was behind reigning Champion Toprak Razgatlioglu (Pata Yamaha with Brixx WorldSBK) heading into the Turn 9-10 chicane but he was able to capitalise on an error from the Turkish rider as he pulled off an incredible save after losing the front of his machine. Despite Razgatlioglu immediately fighting back, Rea held on to claim victory and with it became the rider with the longest winning WorldSBK career at 12 years, 11 months and one day; exceeding Noriyuki Haga by one day. In Race 2, Rea posted the fastest lap of the race on Lap 20 of 21 to close the gap to Bautista before making his move first into Turn 7 and then into Turn 9 to beat the Spaniard to victory.

All three races at the Estoril Round were decided on the last lap with Saturday’s Race 1 starting three incredible races in WorldSBK. Razgatlioglu was, from his view, on the wrong end of this outcome as he led through the final corner, the long right-hander of Turn 13, with Bautista just behind. Razgatlioglu had a poorer exit from the corner and had a wheelie as he tried to put the power down, allowing Bautista to beat Razgatlioglu to the win by under two tenths of a second. This makes it the first time in the three-race format era of WorldSBK that there have been three last-lap deciders in one round.

One of the lows from the weekend would have to be Razgatlioglu not claiming a victory at a circuit he’s had so much success at in the past and looked strong on Friday. In both Race 1 and the Superpole Race, he led going into the final lap but a wheelie on the exit of Turn 13 in Race 1 and an error in the Superpole Race at Turn 9 cost him two potential victories. It means he has now gone nine races without a win so far in 2022, exceeding his start-of-the-season run from his title winning season when he won at the ninth time of asking.

A rider who had a strong, and very unexpected, weekend was Xavi Fores. Originally at the Circuito Estoril as a commentator, the Spanish rider was drafted into Team Goeleven to replace the injured Philipp Oettl after the German crashed at Turn 13 in FP2. With only 30 minutes of practice on Saturday morning, Fores qualified in 17th place before scoring points in every race: 11th in Race 1, ninth in the Superpole Race and 10th in Race 2.