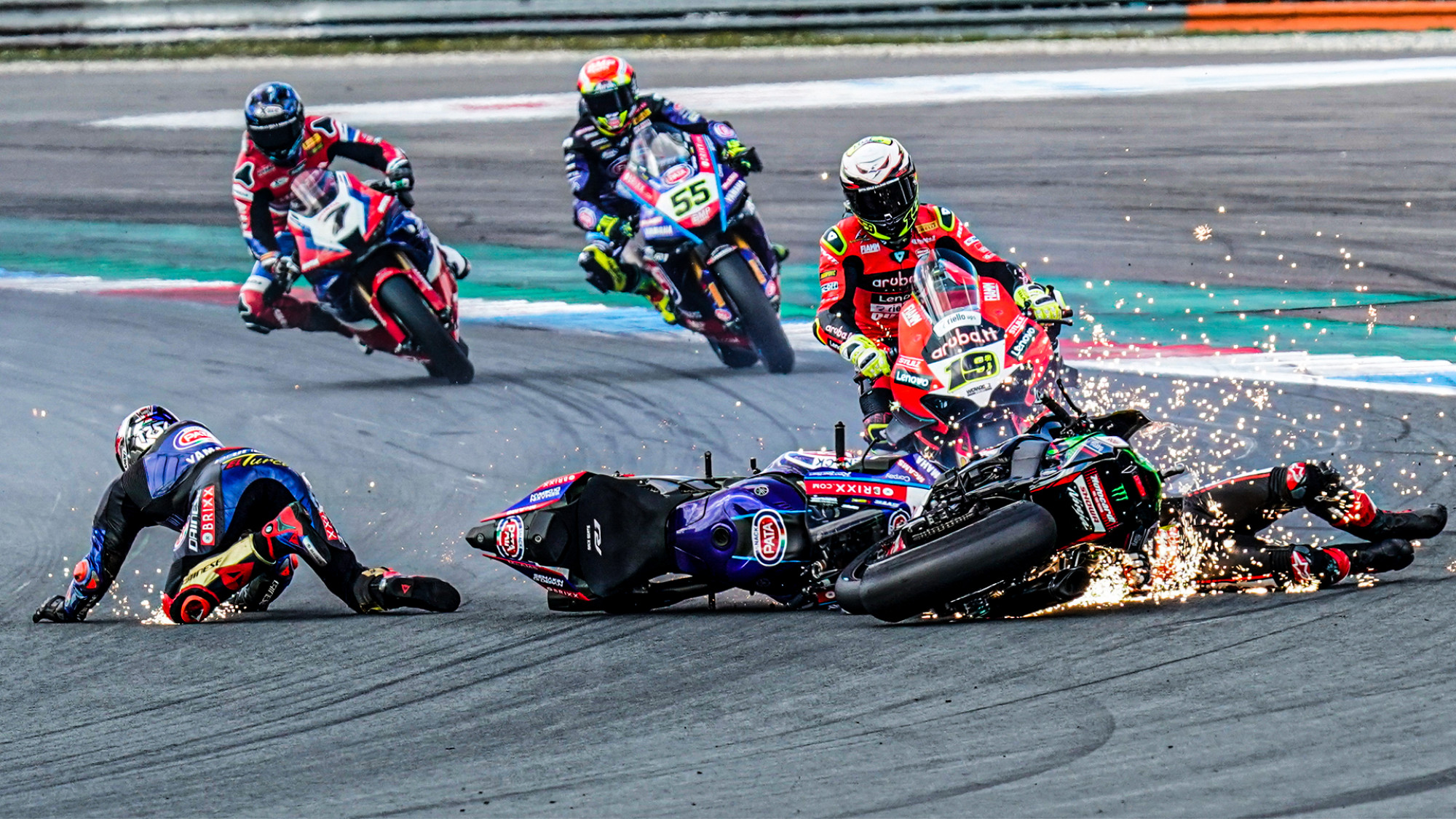 After an incredible weekend of drama at the TT Circuit Assen, check out some of the highs and lows from the Dutch Round

There could not have been much more drama as the MOTUL FIM Superbike World Championship visited the TT Circuit Assen for the Motul Dutch Round. From dramatic wins, collisions between title rivals and riders securing their best results in WorldSBK to date, there were some incredible moments across the three races of the Dutch Round.

Sunday in the Netherlands belonged to Spain with two riders making their way onto the rostrum from Spain. Alvaro Bautista (Aruba.it Racing – Ducati) claimed his third victory of the season after a thrilling Race 2, where he took advantage of his rivals colliding in front of him to take victory by more than eight seconds. It came after Bautista ‘struggled’ on Friday and Saturday at Assen with his Panigale V4 R although he did claim second place in Race 1 on Saturday. The same collision allowed rookie Iker Lecuona (Team HRC) to move into the podium places and he briefly led the race before being overhauled by his compatriot, running in second until lap 17 before Andrea Locatelli (Pata Yamaha with Brixx WorldSBK) overtook him. Lecuona became the 17th youngest rider to take to the WorldSBK podium in just his sixth race in the Championship and, with two Spaniards on the podium, took Spain’s total of podiums to 150.

Locatelli was also a rider who benefitted from incidents ahead of him, but he took full advantage to record his best WorldSBK result to date as he claimed second. Prior to the Dutch Round, the Italian rider who finished third on four occasions and fourth on 14 occasions; fourth is his most-finished position. However, after moving into third in the opening stages of the race, Locatelli closed down Lecuona for second place and made his move with four laps to go to claim a best career result. Another pair of riders who had a strong day were BMW Motorrad WorldSBK’s Scott Redding and Michael van der Mark. Redding finished in sixth place but was promoted to fifth after a time penalty for Axel Bassani (Motocorsa Racing), his best result since switching to BMW for the 2022 season. Van der Mark was making his first appearance of the 2022 season as he continues his recovery from a leg fracture and, despite limping visibly in the paddock, was able to mount his M 1000 RR and take it to an eight-place finish in Race 2.

In terms of the down moment, there is only one place to start: the collision between title rivals Jonathan Rea (Kawasaki Racing Team WorldSBK) and Toprak Razgatlioglu (Pata Yamaha with Brixx WorldSBK) on Lap 6 on the exit of Turn 1 and into Turn 2. Razgatlioglu ran wide while staying on track, with Rea on his usual line, with the pair coming together and off their bikes. The incident put both riders out of the race and, with Bautista taking a commanding victory, left Rea 18 points behind the Spanish rider and Razgatlioglu 45 points back. How crucial could this moment be in the 2022 title race?

Rea’s KRT teammate, Alex Lowes, endured a difficult Dutch Round throughout racing before responding with fourth place in Race 2. In Race 1, he was forced to retire with a technical issue after running inside the top four. It was a similar story in the Tissot Superpole Race too, with Lowes once again running in fifth place before having to retire with a technical issue at Turn 1. In Race 2, Lowes had to battle up from tenth place on the grid to claim fourth place with a last-lap move on Redding. It ended the challenging weekend for Lowes on a high note and he will be hoping to take his strong pace forward into the next round at Estoril.

Watch all the action from Estoril in style using the WorldSBK VideoPass!