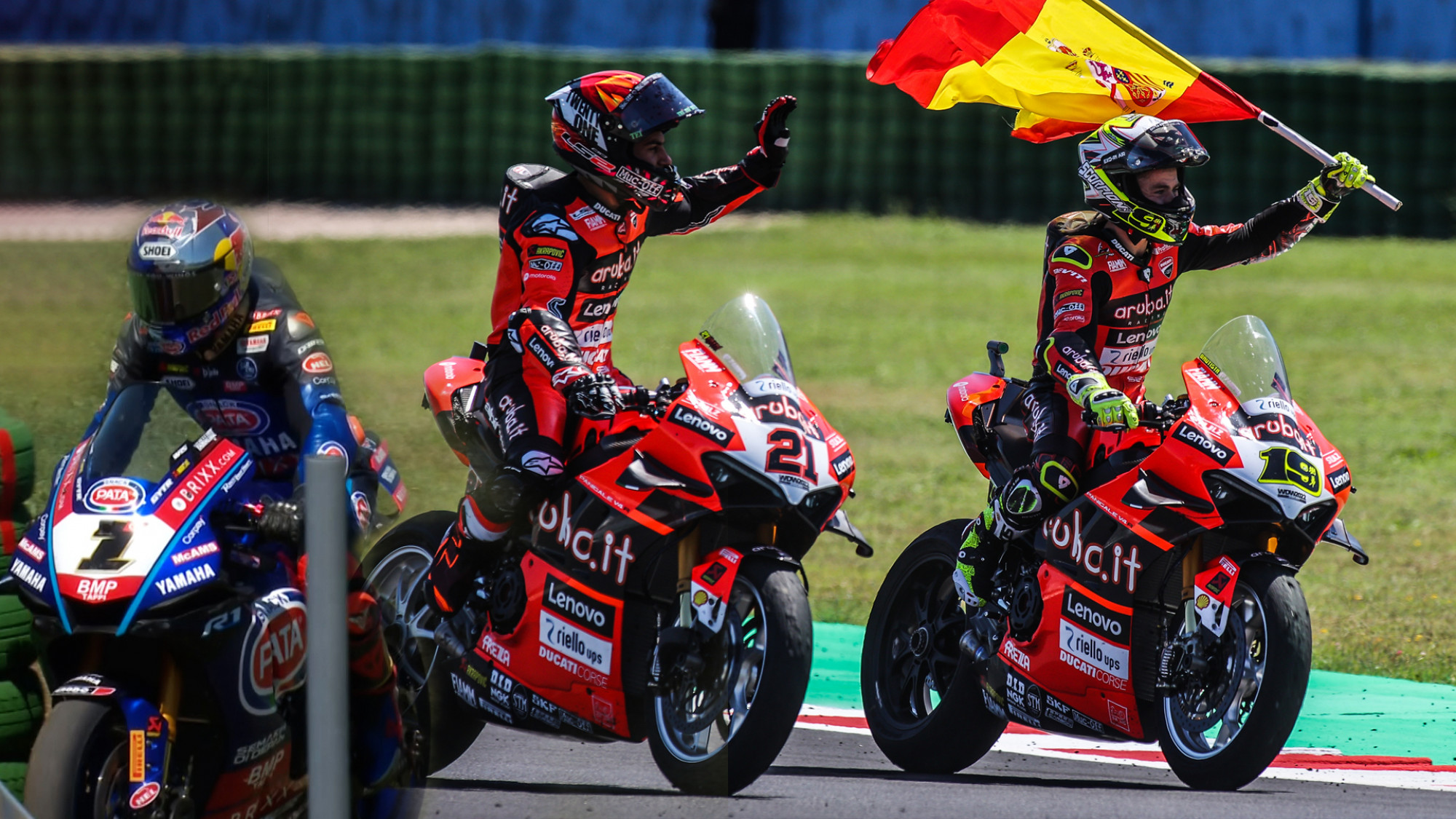 After a thrilling weekend of action, there were plenty of ups and downs for riders across the Emilia-Romagna Round…

Mixed emotions featured throughout the MOTUL FIM Superbike World Championship’s visit to the Misano World Circuit “Marco Simoncelli” for the Pirelli Emilia-Romagna Round. A double for home manufacturer Ducati, a first win of 2022 for the reigning Champion but also a retirement for a title contender paved the way for a rollercoaster weekend in Italy for the fourth round of the 2022 season.

Alvaro Bautista (Aruba.it Racing – Ducati) claimed two race wins out of three during the Emilia-Romagna Round on the Ducati Panigale V4 R, in Race 1 and Race 2, as the Spanish rider extended his lead at the top of the Championship. It was an undoubted high for Bautista as he kept up his record as the only rider to finish on the podium in every race so far this season, with 12 to his name; title rivals Toprak Razgatlioglu (Pata Yamaha with Brixx WorldSBK) and Jonathan Rea (Kawasaki Racing Team WorldSBK) stand on 10 each for 2022.

A low moment for one of the title contenders came on Saturday in Race 1 when Razgatlioglu was forced to retire from the race with a technical issue while in the podium places, with the reigning Champion not finishing a race for the second time this season. It meant he lost 25 points to Bautista in the title fight in Race 1 and, while he was able to claw a few back in the Tissot Superpole Race, Race 2’s result means he lost further ground as he looks to retain his title. Of course, there was an up for the Turkish star too as he claimed his first win of the 2022 season with victory in the Superpole Race, ending a win drought this campaign as he looks to kickstart his title challenge as he did in Misano last year; when he won his first race of the 2021 season at the same venue.

There was also a low for Rea in Race 2. Although fourth place is nothing to be sniffed at, it marked the first time in 2022 that Rea finished a race outside the podium positions with Bautista, Razgatlioglu and Michael Ruben Rinaldi (Aruba.it Racing – Ducati). Aside from Assen Race 2, when he did not finish the race, Rea had finished on the podium in every race he took the chequered flag in.