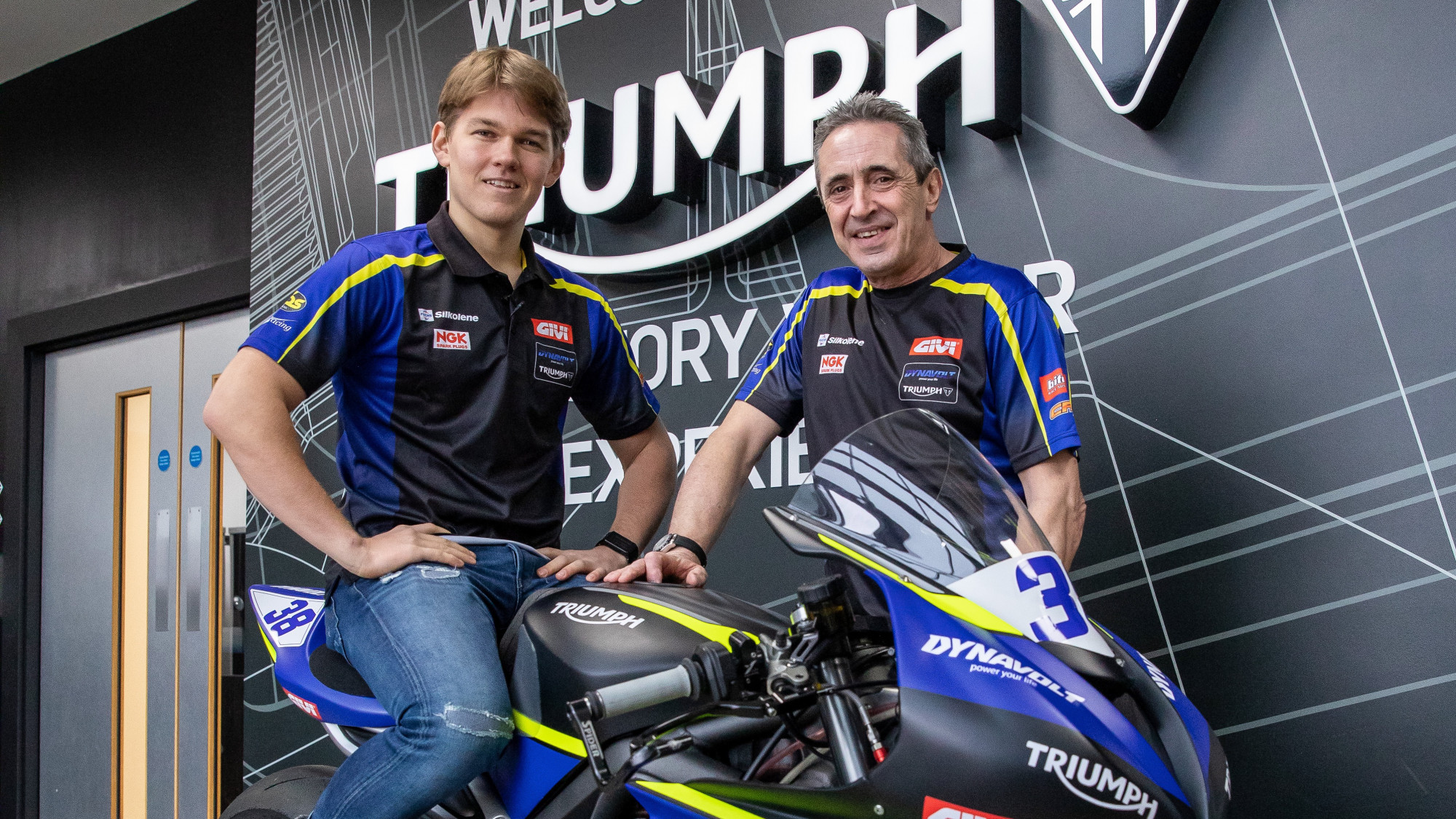 Triumph returns to WorldSSP action in 2022 with PTR, signs Soomer and Manzi

After the return of Ducati was announced for the FIM Supersport World Championship in 2022, another manufacturer will return to the Championship with British outfit Triumph. PTR, a successful WorldSSP team, will link up with Triumph for the 2022 season after signing Estonian rider Hannes Soomer and WorldSSP rookie Stefano Manzi for the upcoming campaign.

PTR are also returning to the Championship after a year away for Simon Buckmaster’s team and will be hoping to rekindle some of the success they have previously had in WorldSSP when partnered with Honda. PTR and Honda split after the 2020 campaign came to a conclusion with PTR not competing in WorldSSP in 2021.

However, with the ‘next generation’ ruleset of WorldSSP coming into force for 2022, PTR have returned to the Championship along with the British manufacturer who have secured seven podiums and one pole position previously in WorldSSP and will be hoping to add to that in 2022.

Estonian rider Soomer will join the team, which will be known as Dynavolt Triumph, for 2022 after spending the last two seasons with Kallio Racing and becoming the first rider from Estonia to score WorldSSP podiums in 2020. Soomer suffered a broken leg at the start of the 2021 campaign but was still able to claim top-five and top-ten finishes throughout the season. His WorldSSP career began with a one-off appearance in 2015, dovetailing around a European Junior Cup campaign, before returning in 2016. In 2017, his focus was solely on WorldSSP in what was then known as the European Supersport Cup and claimed the title before his first full season in 2018. His first podiums came in 2020 with Kallio Racing at a wet Magny-Cours and he returned for a second season with the outfit in 2021. For 2022, he will link up with Dynavolt Triumph and will be looking to add to his podium tally.

Soomer discussed his move to Dynavolt Triumph, saying: “I am very happy to join the Dynavolt Triumph team for the 2022 season. I truly believe in the bike’s potential and the team’s experience and am sure we can find a good way to work quickly. This year will present some new challenges with the new regulations which makes it very unpredictable and interesting. I can only say we will give it our all and I can’t wait to start testing and really working for the season ahead.”

Soomer will be joined by Italian rider Manzi for the 2022 campaign as the VR46 Academy rider makes the switch from Moto2™ to WorldSSP with Dynavolt Triumph. Manzi brings six years of Moto2™ experience to the team having made his debut in the class in 2017, after spending two years in Moto3™ prior to that. He also spent three seasons in the Red Bull MotoGP™ Rookies Cup and finished third in the standings on two occasions. The 22-year-old from Rimini, also made his WorldSSP debut in WorldSSP in 2021 at Jerez, claiming ninth place in the sole WorldSSP race run at the Spanish venue.

Looking ahead to 2022, Manzi said: “I am really happy to be part of this team and part of the project to bring Triumph back to the World Championship. Now I am focused on my winter training to be 100% ready for the beginning of the season. I cannot wait to be back on track on my new bike.”

Dynavolt Triumph Team Manager Simon Buckmaster added: “We are really pleased to announce that we have come to an agreement with Hannes Soomer for our official Dynavolt Triumph team. To be honest, I’ve been watching Hannes’ progress in recent years and have spoken to him the last couple of seasons about the possibility of signing for our team, so I’m pleased that for this year we’ve been able to make an agreement together. Hannes has already had podiums in 2020. Last year he broke his leg early in the season and came back impressively from that. I believe the potential is there, he has the experience and he believes in our team and the Triumph project. We’re really pleased to sign Stefano Manzi from the VR46 Academy to ride with the Dynavolt Triumph team in our return to World Supersport this year.  He is an exciting prospect with good performance level in his seasons in Moto2™.  He had a top six finish towards the end of last year so he’s on good form. He competed in WorldSSP so understands the Pirelli tyres and of course, understands the Triumph engine well. I won’t say he is going to surprise a few because a lot of people think he is going to be a good front runner and that is what we want, challenging for race wins and the title.  We can’t wait to get started testing in March with Stefano and of course with Hannes.”

Follow Triumph and PTR’s return throughout 2022 using the WorldSBK VideoPass!