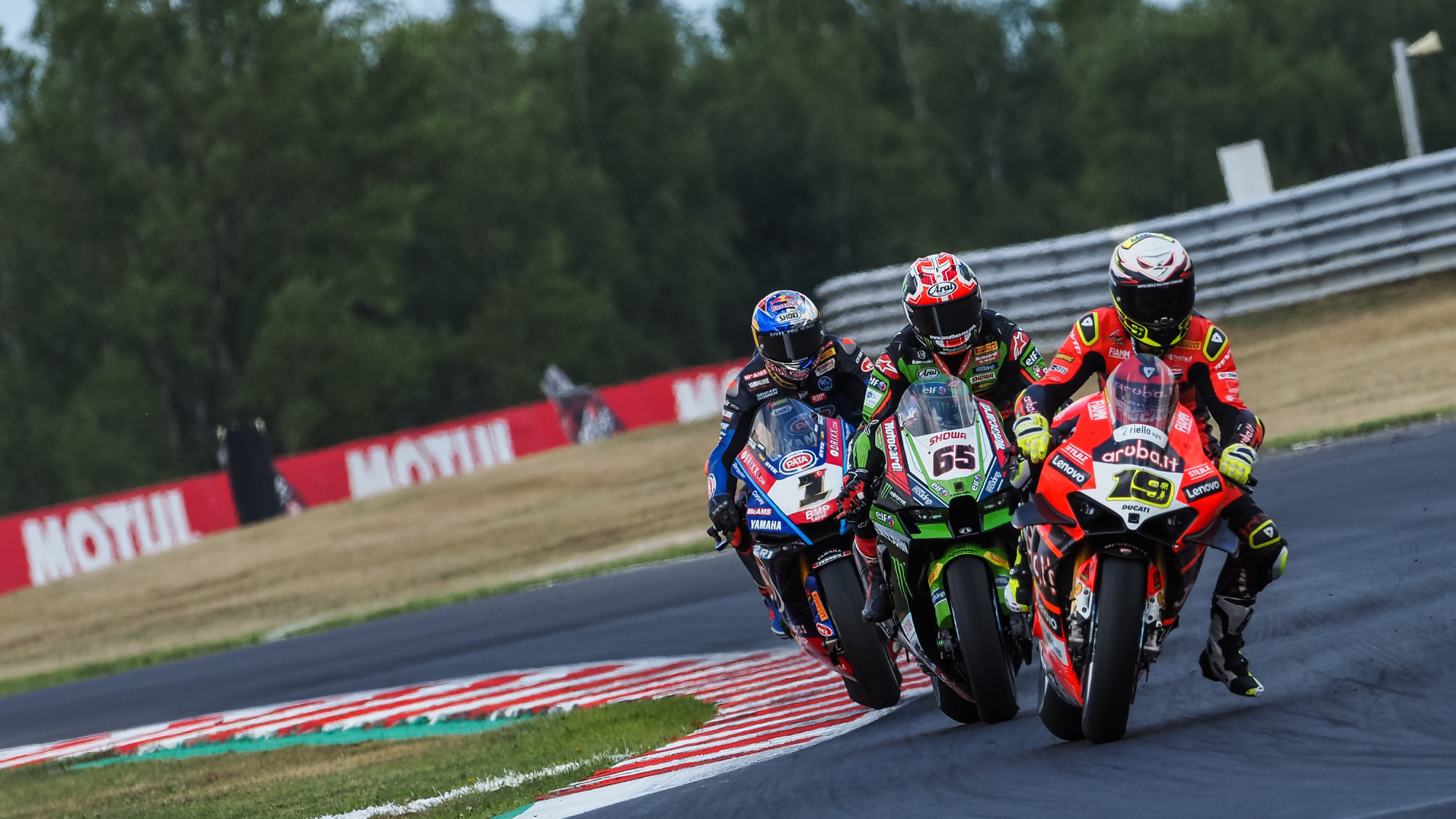 The gap between the top three in the Championship closed up after the Czech Round, with just 38 points separating Bautista in first and Razgatlioglu in third…

Race 2 at the Prosecco DOC Czech Round featured an incredible titanic battle between the two three in the MOTUL FIM Superbike World Championship standings as Toprak Razgatlioglu (Pata Yamaha with Brixx WorldSBK) claimed victory ahead of Alvaro Bautista (Aruba.it Racing – Ducati) and Jonathan Rea (Kawasaki Racing Team WorldSBK). Despite being able to pull away in the final few laps, Razgatlioglu had to fight hard for his second victory of 222 at the Autodrom Most.

The early stages of the race featured Razgatlioglu and Rea fighting it out but on Lap 6, Bautista tried a move into Turn 1 but had to take to the escape road, dropping him back behind Rea in third place. On Laps 7 and 8, Razgatlioglu and Rea swapped places at Turn 1 with the reigning Champion ending that fight in front. On Lap 11, Bautista once again tried to get into the lead of the race at Turn 1 with Rea exiting Turn 2, the second part of the chicane, in the lead ahead of Bautista and Razgatlioglu. Two laps later and Bautista made his move on Rea at Turn 1 as he looked for his second feature race win of the weekend.

At this point, Razgatlioglu started closing down Rea for second place and was able to get ahead into Turn 1 at the start of Lap 15 before he made his race-winning move on Bautista on Lap 16 at the right-hander of Turn 20; the same corner he made a last-lap race-winning move at in Race 1 in WorldSBK’s first visit to the Autodrom Most in 2021. After that, the reigning Champion was able to open up a bit of a gap and he set the fastest lap of the race on Lap 20 of 22 to ensure he took the win and closed the gap to Bautista in the Championship standings.

Reacting to the Race 2 fight, Razgatlioglu said: “In Race 2, I had a good pace and I didn’t kill the rear tyre because I need the rear tyre. I followed Jonny and Alvaro, and I started to feel like Alvaro was a little bit fast. I passed Jonny and after I’m fighting with Alvaro because he’s very fast in the straight. Some corners he was very fast, some he was very slow. I passed him and after I ride much better, more relaxed and I did a very good lap time. I am always trying different corners because some sectors, Alvaro is very fast and others he is very slow. I pass him at Turn 20 and after he passed me again in the straight but the straight is important for me because I need the start. If he’s in front of me, he’s faster. If I’m in front of him, and he just passes me, it’s easier to pass him because hard braking is easier for me.”

Bautista gave his thoughts on the battle, saying: “It’s easy to see on the straight, but it also depends a lot on how you exit from the last corner. I think my exit speed from the last corner was faster than Jonathan and Toprak. I carried more exit speed and it was easier to overtake them. You can’t see on all the changes of direction that I was a bit slower than them because I struggled a bit more. I missed a little bit of traction. I’m happy because we tried to get the maximum out of the positive points of the bike and tried to not lose a lot in the weaker points.”

Rea, who finished third in Race 2, added: “It’s nice. You have to fight both these guys in a different way. Alvaro and his bike are so fast on the straight, it’s like a push to pass button. The strategy from me sometimes was stay behind Toprak. Sometimes you’re better off taking the opportunity to go to the front. Track position’s everything, especially in a three-way battle. It’s better to be first or second than to be third. At this track, it was time to just be scrappy and stay in that front battle. Props to them. I’m enjoying the battles, enjoying the strategy and looking forward to Magny-Cours.”

The results over the course of the Czech Round have closed up the title fight between the pair, although Bautista was able to extend his lead over Rea in second place. Bautista heads into the summer break on 298 points, 31 points clear of Rea on 267 points. The six-time Champion is now only seven ahead of Razgatlioglu; with the reigning Champion clawing back his deficit from 79 after Misano points to 38 after Most.