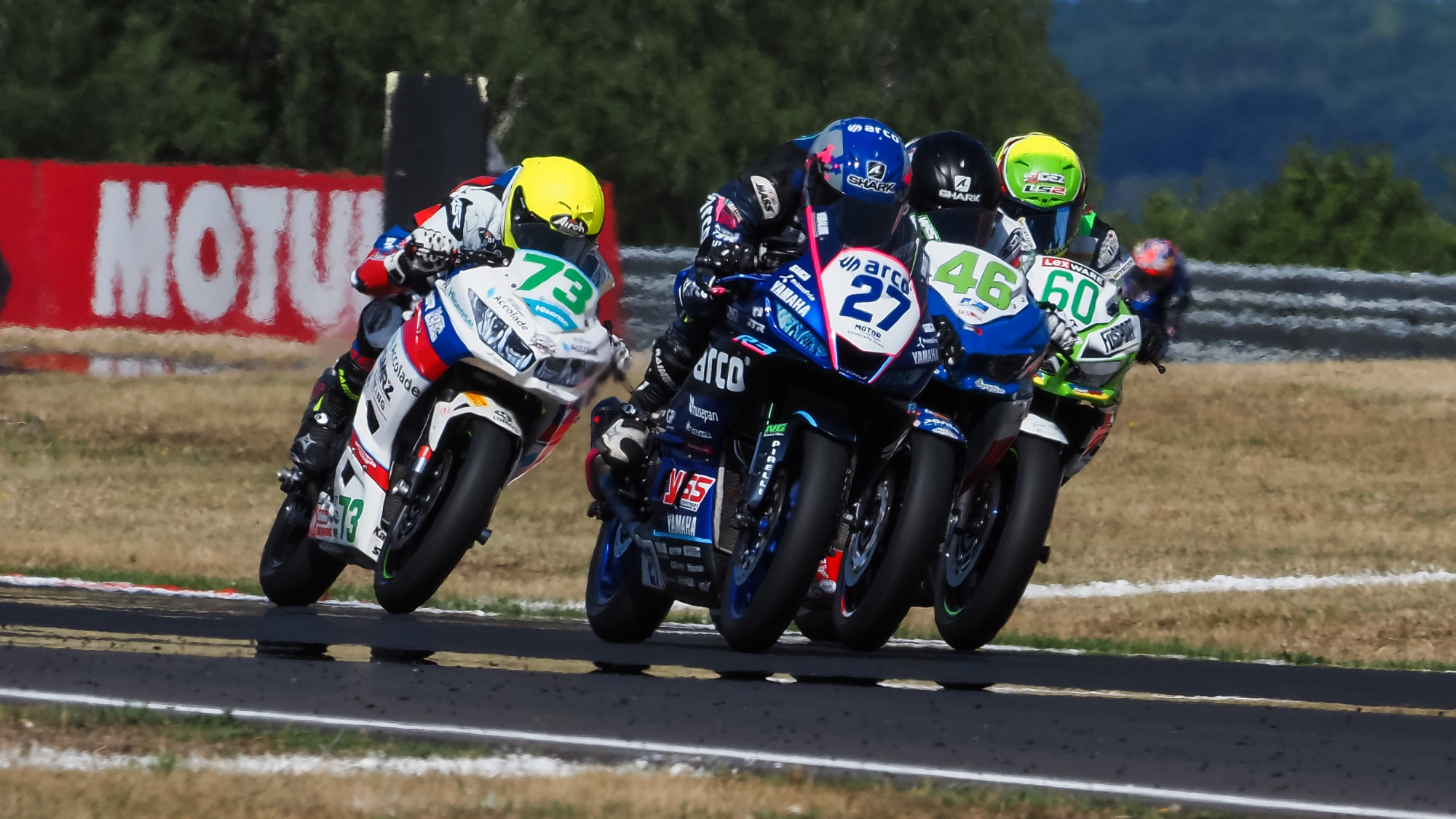 The FIM Supersport 300 World Championship returns to action at the Circuit de Nevers Magny-Cours for the Pirelli French Round, marking the beginning of the end of the 2022 campaign. The title fight continues to rage on as Alvaro Diaz (Arco Motor University Team) and Marc Garcia (Yamaha MS Racing) look to fight it out for the Championship, starting with a potentially crucial battle in France.

THE BATTLE HEATS UP: is there a twist on the cards?

Diaz currently holds the advantage in the Championship battle with a 24-point advantage over Garcia, with 150 points available in the final three rounds at Magny-Cours, Circuit de Barcelona-Catalunya and Autodromo Internacional do Algarve. Diaz raced at Mangy-Cours in 2020 in WorldSSP300 and took a best result of ninth place, but heads into the French Round with four podiums in four races and seven in 2022; one shy of the record for podiums in a season held by 2020 Champion Jeffrey Buis, 2021 Champion Adrian Huertas and 2021 runner-up Tom Booth-Amos. Garcia claimed victory in Race 1 at the Autodrom Most, and was ninth in Race 2 as he lost ground to Diaz in the Championship standings but he does have more experience of Magny-Cours: he has raced there six times with a mixed record, claiming victory on two occasions but finishing outside the top ten on the other four occasions.

THE CHASING PACK: hoping to haul themselves into contention

Garcia holds a 15-point advantage over the chasing pack behind him, with three riders separated by 11 points behind. Victor Steeman (MTM Kawasaki) sits third in the Championship on 122 points and heads into the French Round with two podiums in the last three races, including a win at the Autodrom Most. Directly behind him, separated by only five points, is Samuel Di Sora (Leader Team Flembbo) who has four top-four finishes in six races, including three podiums, with a home win the aim this weekend. Could either Steeman or Di Sora get themselves into the Championship fight with just a handful of races to go? Yuta Okaya (MTM Kawasaki) is another who will hope he can climb up the order at Magny-Cours and, with three top-six finishes in five races at Magny-Cours, will be looking for another strong result in France.

The 2022 season so far has been a story of epic comebacks to fight back for podiums and wins, meaning it has been an unpredictable campaign for every rider on the grid. Hugo de Cancellis (Prodina Racing WorldSSP300) lies fifth in the standings and is one of six riders to have won in ten races so far, winning from 19th on the grid, whilst Lennox Lehmann (Freudenberg KTM – Paligo Racing) is sixth in the Championship with three podiums to his name, but started 17th, 24th and 25th on his way to his three rostrum visits.

WILDCARDS AND RIDER NEWS: additions to the field in France

Two wildcard riders will appear on the grid at Magny-Cours. After starting the season as a replacement rider, Petr Svoboda will continue as a wildcard rider for Accolade Smrz Racing, with the Czech rider currently 23rd in the standings. Leader Team Flembbo will also field an extra bike for their home round, with Loris Chaidron joining regular riders Di Sora and Sylvain Markarian. Three riders were declared unfit at the Autodrom Most and will need to pass medical checks. These are Markarian, Inigo Iglesias (SMW Racing) and Team BrCorse’s Mirko Gennai; teammate Indy Offer will be replaced for the French Round. Offer was involved in a start line crash at the Autodrom Most and was taken to hospital following the crash. After returning the UK, and after further evaluation and consulting with specialists, Offer will miss the final three rounds of the season on the advice of doctors. Offer will be replaced by Filippo Rovelli at Magny-Cours, who returns to the Championship for the first time since 2020. Ruben Bijman (MTM Kawasaki), who was suspended for the French Round by the FIM WorldSBK Stewards for causing the start line crash, will be replaced by Hungarian rider Mate Szamado.

Watch every moment of the 2022 French Round in style with the WorldSBK VideoPass!