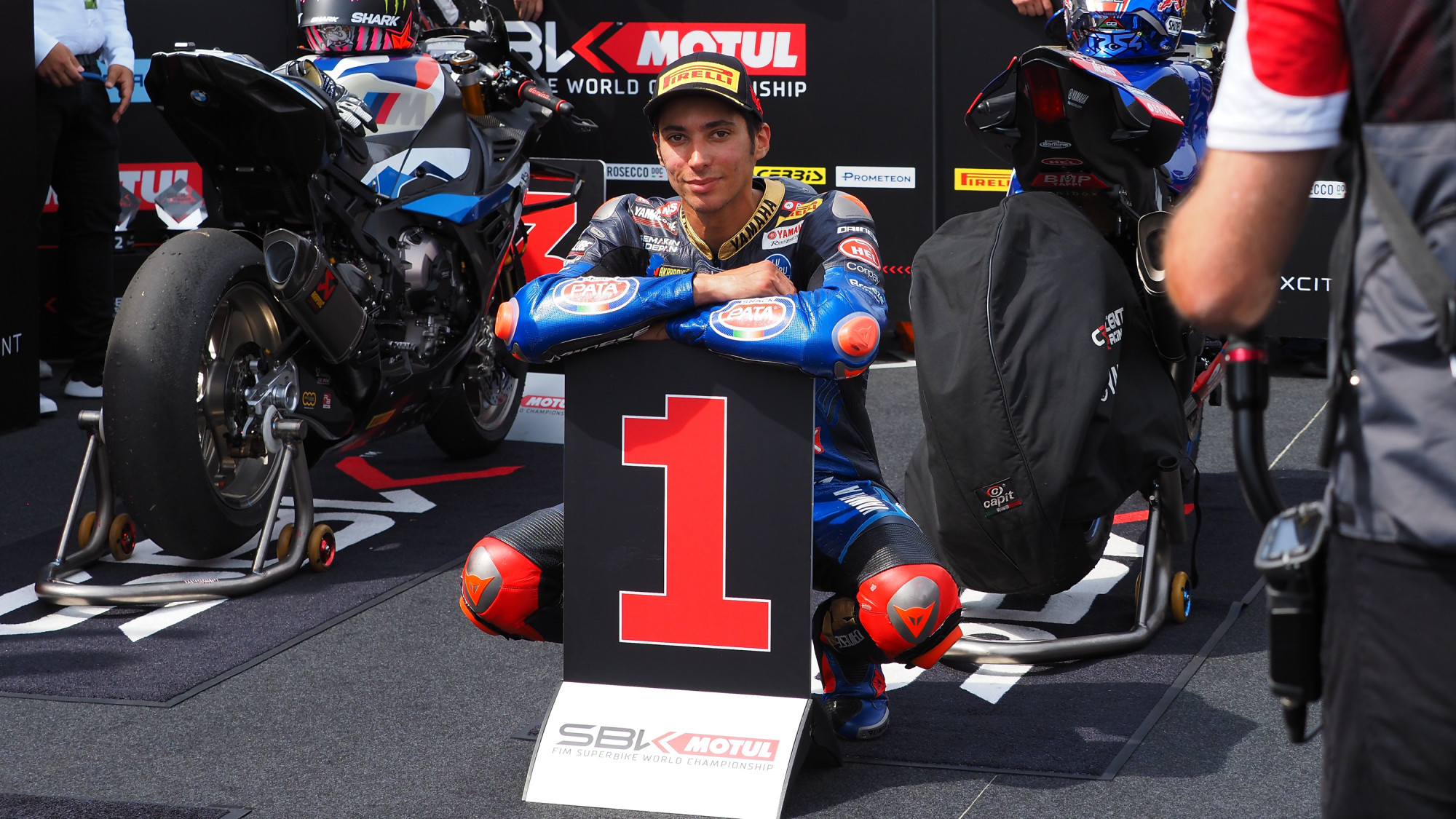 Toprak Razgatlioglu (Pata Yamaha with Brixx WorldSBK) joined an exclusive club on Sunday after he took his first MOTUL FIM Superbike World Championship hat-trick at Donington Park after taking two more victories on Sunday during the Prosecco DOC UK Round. The reigning Champion followed up his Race 1 win with two more trips to the top step of the rostrum in the Tissot Superpole Race and Race 2.

In the Superpole Race, Razgatlioglu started from third and once again got the holeshot into Turn 1 to take the lead, and from there remained relatively unchallenged by his rivals although the gap never increased to more than two seconds. This gave Razgatlioglu a prime starting spot for Race 2 and he duly made that advantage count.

In Race 2 the Turkish star held the lead into Turn 1 but, this time, came under serious pressure from six-time Champion Jonathan Rea (Kawasaki Racing Team WorldSBK) for the first two-thirds of the race; with Rea and Razgatlioglu often alongside each other on the run down to the Turn 9-10 chicane. On a couple of occasions, Rea passed Razgatlioglu into the chicane only for the 2021 Champion to respond immediately into Turn 11.

At the start of Lap 14, Razgatlioglu was able to start pulling away from Rea before the Ulsterman fell behind Alvaro Bautista (Aruba.it Racing – Ducati), who then set his sights on Razgatlioglu. The gap did come down but Razgatlioglu held on for victory and it meant he led all 56 racing laps at Donington Park, the first time a rider led all racing laps in a round since Rea did it at Portimao in 2020. With results across the UK Round, Razgatlioglu has cut the gap in the Championship to just 43 points.

Discussing his ‘dream’ weekend at Donington, Razgatlioglu said: “This year, we did not have a good start but, finally, this weekend, we got three victories. This was normally my dream. I am really happy this weekend. Now I am feeling like last year’s Toprak, because my riding style is like last year’s style. The Superpole Race was very fast, because everybody was pushing every lap. The pace was unbelievable. I saw many 1’26s, this is an incredible lap time. Race 2 was very important for me because a full race is always very hard, and Jonny was faster. I know Jonny was following me, I was waiting and kept the rear tyre. I saw my board said 0.3 and after I was pushing again.”