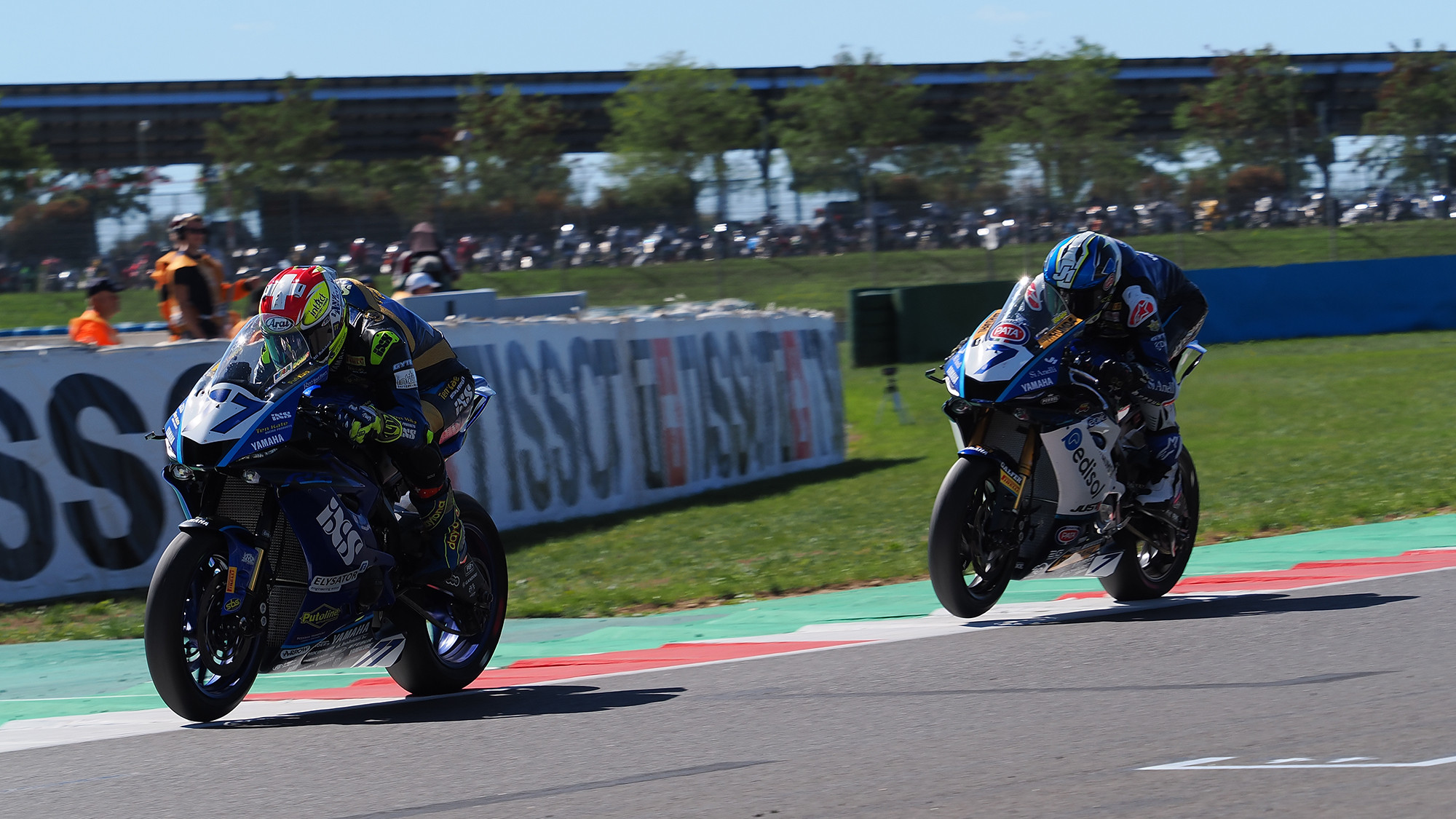 The FIM Supersport World Championship was full of drama at the Pirelli French Round at the Circuit de Nevers Magny-Cours, with reigning Champion Dominique Aegerter (Ten Kate Racing Yamaha) extending his lead to 19 points in the Championship fight with five rounds remaining. At one point, it had looked like the pair would be level heading into the next round, but a dramatic last-lap twist meant Lorenzo Baldassarri (Evan Bros. WorldSSP Yamaha Team) dropped points.

Baldassarri was the victor in a red-flagged Race 1, claiming victory ahead of Glenn van Straalen (EAB Racing Team) and Aegerter to reduce the gap between Aegerter and Baldassarri to just five points; a massive 59-point swing in the Italian’s favour across the last three races, following Baldassarri gaining 50 points at the Czech Round before the summer break.

In Race 2, Aegerter and Baldassarri were battling on the last lap for the win. A win for Baldassarri would’ve seen the gap reduce to 0 points between the two while Aegerter would have extended it to 10 had he won and Baldassarri finished second. As it was, at Turn 13, Baldassarri went down when fighting with Aegerter with the Swiss rider going on to take a 19-point advantage into the Catalunya Round after Baldassarri recovered to fifth place.

Discussing the title fight on Sunday after Race 2, Aegerter said: “I think our Championship point lead was, at one time, 64. Then, yesterday, it went back to five points, so now we have a 19-point lead. The Championship is still very, very long. We will ten more races; four in Europe and then overseas. I hope I can extend the Championship lead in the next races.”

On the crash, Baldassarri said: “It was a big shame. I kept a really fast pace, which I was partly not expecting, in a really demanding race. In the middle of the race Caricasulo and I got a bit annoyed, which allowed Aegerter to come back up: on the last lap I was preparing the final attack, with the situation under control, but in turn 13 changing trajectory led to my crash. It’s a shame, but the competitivity shown motivates us for the next races.”