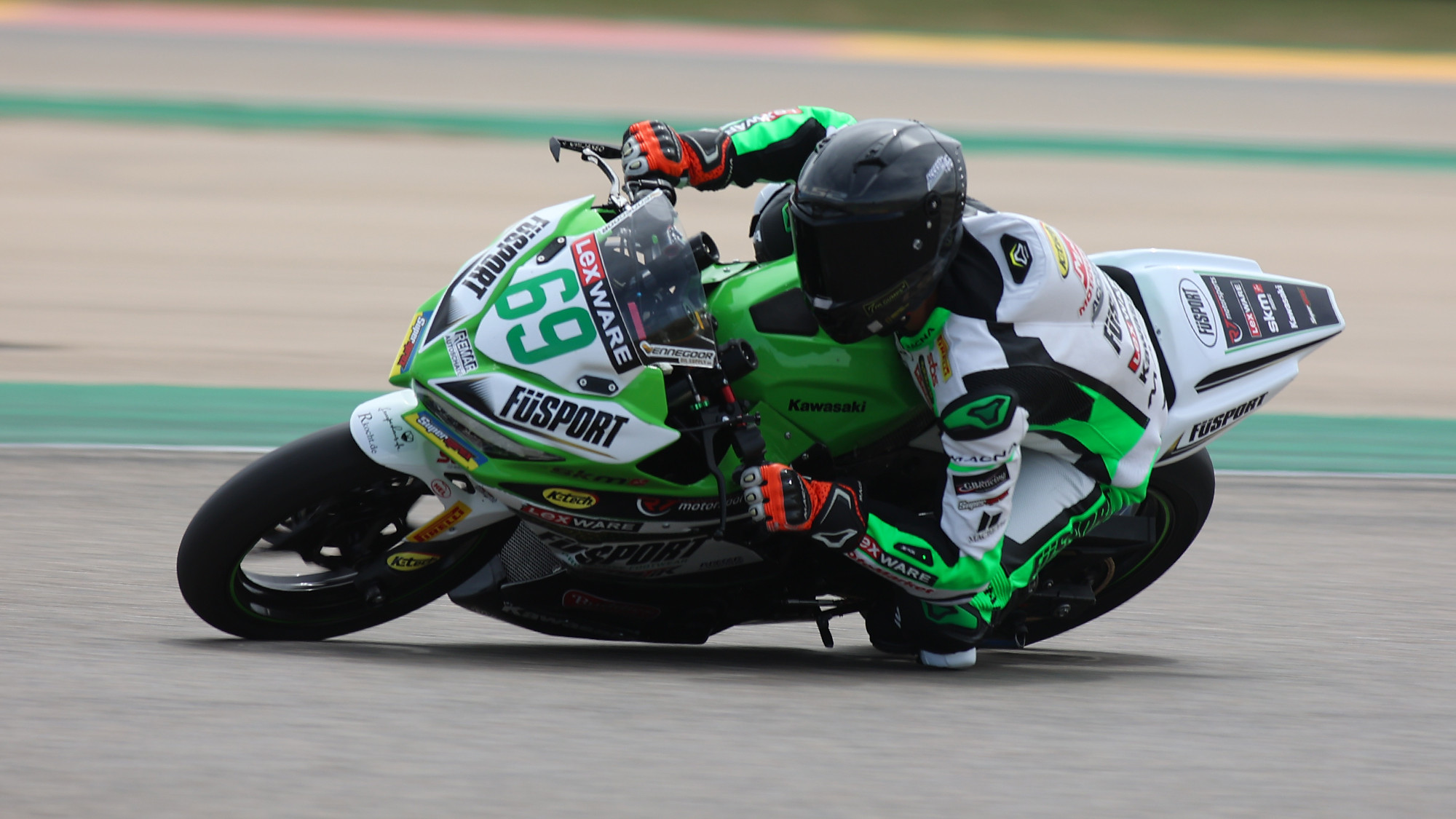 Czech rider Petr Svoboda will join Troy Alberto at the team for next season, while there’s no place for 2022 race winner Dirk Geiger

There will be a new rider for the Fusport – RT Motorsports by SKM - Kawasaki team in the FIM Supersport 300 World Championship next year as Petr Svoboda switches to the team, racing alongside Troy Alberto on Kawasaki machinery. Svoboda will be entering his fourth season of WorldSSP300 action next year although 2023 will be his second full season in the Championship, while Alberto will be looking to build on a historic rookie campaign as he embarks on his second season with the team.

Svoboda made his debut in 2020 but failed to score a point in his first four races, before returning in 2021 with the WRP Wepol Racing team. He scored points on three occasions throughout that season, including a best of 13th on home soil at the Autodrom Most. In 2022, Svoboda was not on the provisional permanent entry list but did compete for most of the season as a replacement rider, as he stepped in for Jose Luis Perez Gonzalez at Accolade Smrz Racing. Points finishes were more common in 2022 and he broke into the top ten for the first time with seventh place in Race 2 at Magny-Cours. For next season, Svoboda will remain on Kawasaki machinery but joins a new team as he looks to make the step to becoming a regular podium contender.

He will be alongside Alberto in the team as he remains in place for a second season after a solid rookie campaign. He scored points on four occasions and his best result was ninth in Race 1 at the Autodrom Most, but it was the race before, Race 2 at Misano, where Alberto made his own little bit of WorldSSP300 history. With 15th place in that race, he became the first rider from the Philippines to score points in the Championship. With a new teammate for 2022, Alberto will be hoping he can push on and become a regular podium challenger like his new teammate.

The team are sticking with two bikes for the 2023 season which means that Portimao Race 1 winner Dirk Geiger will not race for the team next season. The team’s press release stated: “Portimao polesitter and Race 1 winner Dirk Geiger will not continue with the Fusport - RT Motorsports by SKM - Kawasaki squad. After a difficult start into the 2022 season, Dirk’s results improved race after race and ended with a podium at Magny-Cours and the pole position and race win at Portimao. Both parties wanted to continue their partnership in 2023, but negotiations didn’t succeed. We wish Dirk all the best for his future as he is a very talented rider and we would like to thank all our partners who tried to keep Dirk in the team.”