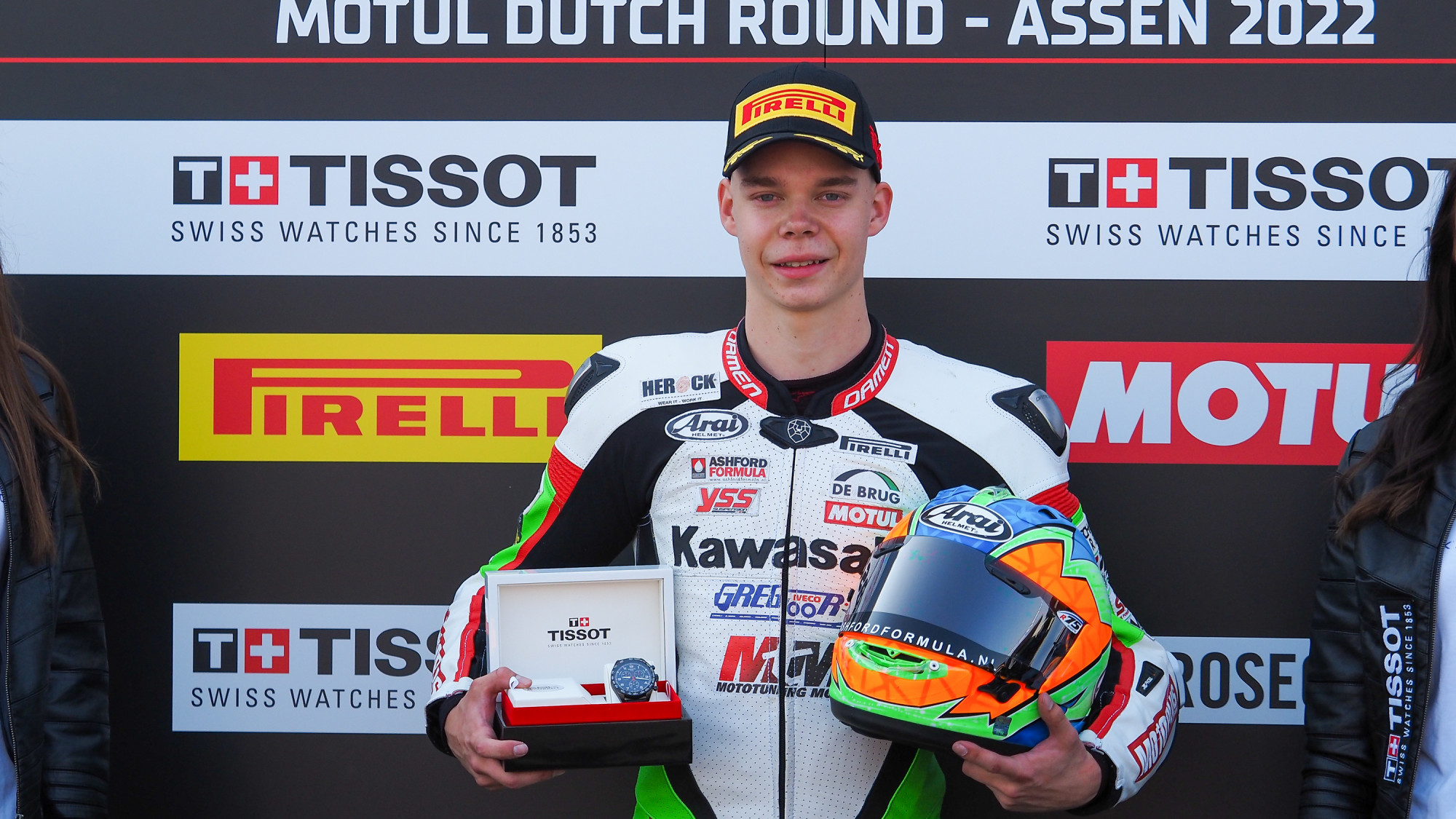 The Tissot Superpole session for the FIM Supersport 300 World Championship was a dramatic affair with home hero Victor Steeman (MTM Kawasaki) claiming a stunning pole position at the TT Circuit Assen. He will lead away both Race 1 and Race 2 from the front of the grid for the Motul Dutch Round after a dramatic 20-minute session.

STEEMAN ON POLE: a happy hunting ground on home soil

Steeman’s time of 1’48.951s secured him pole position in the Netherlands, repeating his feat from the 2021 Dutch Round and securing his fourth pole position in the class as he looks to add to his sole WorldSSP300 win to date. He will line up alongside Samuel Di Sora (Leader Team Flembbo) after the Frenchman claimed his maiden front row start after lapping 0.204s slower than Steeman. Spanish rider Inigo Iglesias (SMW Racing) will line up from third place, his fourth front row start, with a best time of 1’49.381s; four tenths slower than Steeman.

STARTING FROM THE SECOND ROW: hoping to battle for a podium

Italian rider Bruno Ieraci (Prodina Racing WorldSSP300) will line up from fourth place after another strong Superpole session, half-a-second down on Steeman, and he will start ahead of compatriot Matteo Vannucci (AG Motorsport Italia Yamaha) after the WorldSSP300 rookie secured his best Superpole result in his short WorldSSP300 career. Dirk Geiger (Fusport – RT Motorsports by SKM – Kawasaki) will start from sixth place after posting a best time of 1’49.536s.

Czech rider Petr Svoboda (Accolade Smrz Racing), continuing with the team as a replacement rider, will line up seventh ahead of 2017 Champion Marc Garcia (Yamaha MS Racing) as he looks to claim a strong result to take the Championship lead. Two rookies, both graduates from the Yamaha R3 bLU cRU European Cup, secured top ten starts at Assen. Fenton Seabright (Vinales Racing Team) will line up from ninth place and completes the third row while Brazilian Humberto Maier (AD78 Team Brasil by MS Racing) rounded out the top ten. Maier had spent part of the session leading the timesheets but was bumped down as the 20-minute session progressed.

Iannonis Peristeras’s (ProGP Racing) first WorldSSP300 Tissot Superpole session was interrupted when he had a crash at Turn 9 on his out lap. Lennox Lehmann (Freudenberg KTM – Paligo Racing) will be looking for another Aragon-style comeback after he cashed in Superpole at Tun 9, leaving him in 25th place; the same place he secured at Aragon when he finished on the podium twice. At the same corner shortly after, Troy Alberto (Fusport – RT Motorsports by SKM – Kawasaki) crashed as well to end his session early. Both were taken to the medical centre for a check-up following their respective crashes. Championship leader Alvaro Diaz (Arco Motor University Team) will also need to fight his way through the field after suffering from a technical issue during Superpole and qualified in 29th place. 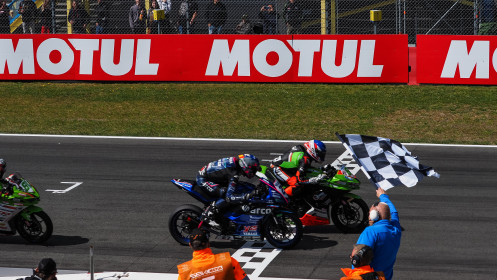 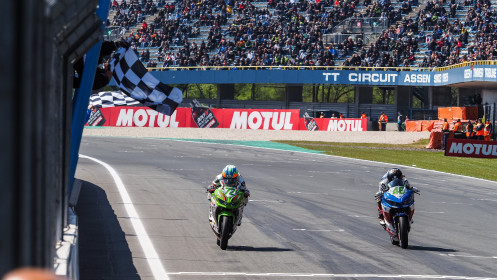