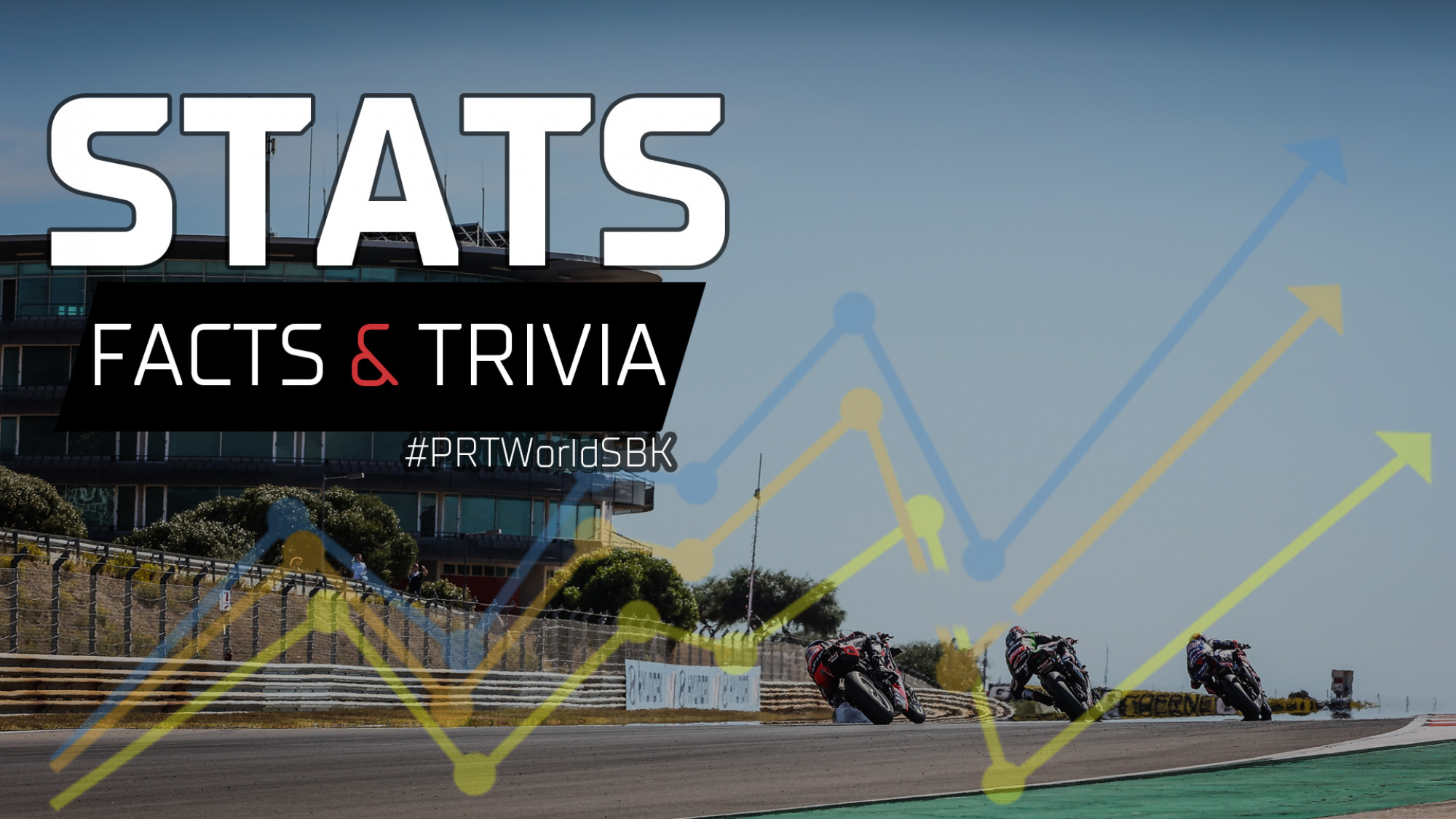 The final European destination on the calendar, Portimao is set for more edge-of-your-seat action

The 2022 MOTUL FIM Superbike World Championship has arrived at the Autodromo Internacional do Algarve in Portugal for the final European event of the year. With the title battle continuing to rage, Portimao is set for another unpredictable round where records are on the horizon. From podium tally records to win droughts and mystical numbers, Portimao’s stats guide has dropped.

400 – Italian riders so far have scored 398 podium placements and Italy can become the second country to reach 400 at Portimao. The United Kingdom leads the way at 841. The 400th British podium came at Sepang, 2014 (Tom Sykes).

29 – Jonathan Rea (Kawasaki Racing Team WorldSBK) is the only rider who has raced in all the 29 WorldSBK races held at Portimao since the track entered the WorldSBK Championship in 2008.

27 – Toprak Razgatlioglu (Pata Yamaha with Brixx WorldSBK) is one win shy of the ninth all-time place, held by double World Champion Doug Polen and Alvaro Bautista (Aruba.it Racing – Ducati) on 27 wins. In Barcelona, he was winless in a weekend for the first time since Estoril, back in May.

21 – A front row start has a great importance at Portimao as 21 wins out of 29 came from there.

15 – Great Britain is the most successful country at Portimao, with 15 wins to Italy’s five.

3 – Alvaro Bautista is on a streak of three wins, his longest since his legendary run of 11 consecutive wins at the start of his rookie season, 2019. That equalled the longest ever streak, set by Rea in the last 11 races of the previous season. Incidentally, Bautista has scored 11 wins in 2022 so far.

3 – Bautista is not only on a streak of three wins, but also led all the laps in Catalunya. This year, Razgatlioglu has managed the same feat in Donington. To find a longer sequence of races led entirely by one rider, we have to go back to 2019, with a streak of six from the Superpole Race in Buriram to Assen Race 1, always by Bautista.

2x – Rea remains one win shy of having the double number of wins of his nearest competitor, Carl Fogarty: 118 vs 59.

2 – Yamaha is the only manufacturer to have taken pole in consecutive years with two riders at Portimao: in 2009 with Ben Spies and in 2010 with Cal Crutchlow, two different nationalities too.

2 – The last time Honda took two straight poles in WorldSBK was in 2011 with Jonathan Rea at Magny-Cours and Portimao; they could update that this weekend.

Manufacturer podium places (and wins) from all WorldSBK races at Portimao:

Manufacturer top speeds at Portimao in 2020:

Watch the titanic battle for 2022 supremacy LIVE, wherever you are, with the WorldSBK VideoPass!