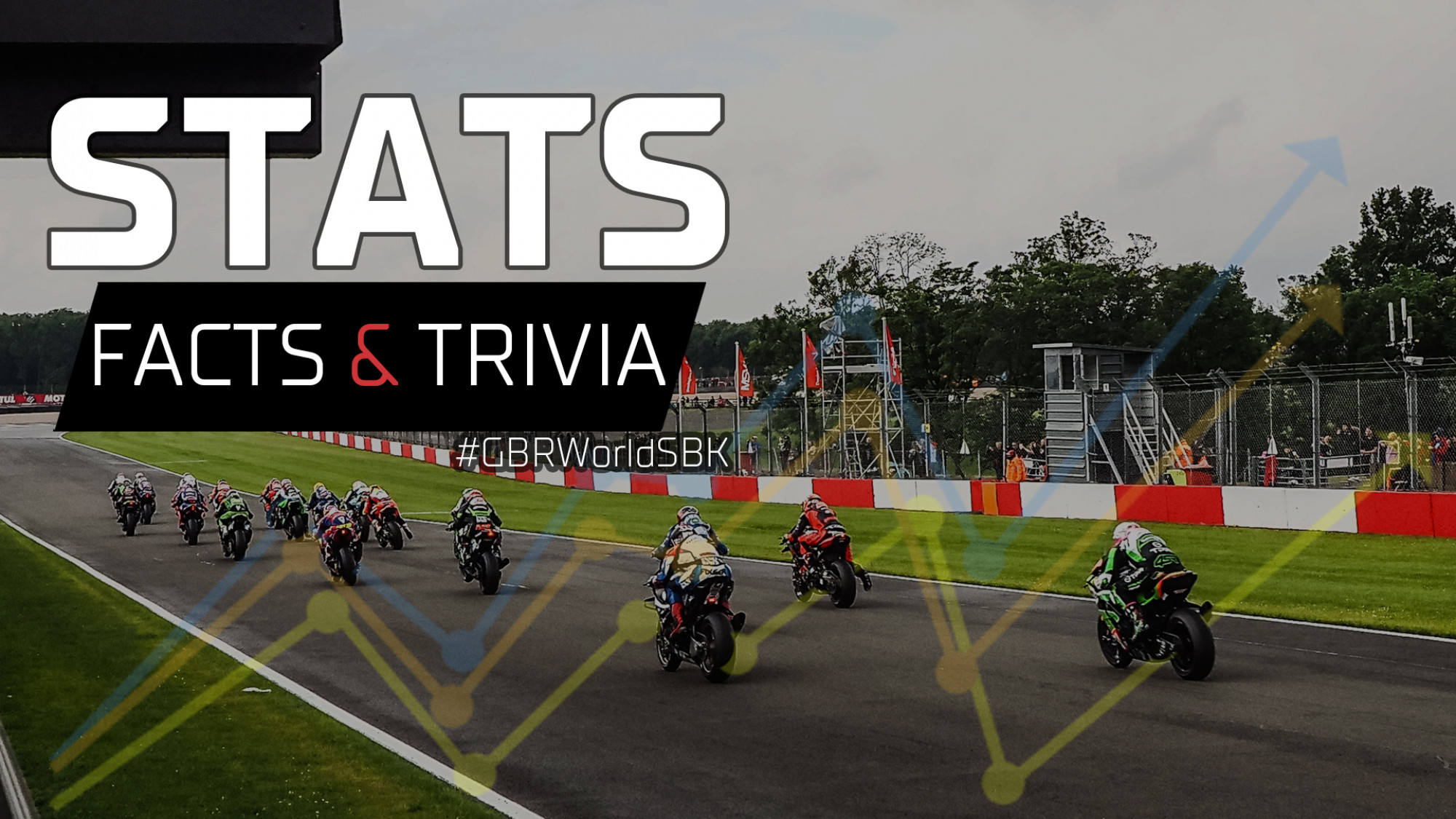 No win in 11 years but Championship leaders in 2022, Ducati will be tested this weekend

The 2022 MOTUL FIM Superbike World Championship has landed in the picturesque British countryside for Round 5 at the Donington Park circuit. The Prosecco DOC UK Round has given some of the biggest moments of past seasons, and there’s history on the horizon again in 2022; a three-way fight for the title, the stats suggest that there is sure to be a change – but will there be?

1988 – Donington Park set the stage for the inaugural Championship round back in 1988: Davide Tardozzi (Bimota) and Marco Lucchinelli (Ducati) secured one win each on the 3rd of April.

1000-500 – Ducati and Kawasaki are close to two historical milestones, that seem aligned to happen in the track in which WorldSBK started, Donington Park. Ducati is two podiums away from becoming the first manufacturer to hit 1000 and Kawasaki is one away from being the second to hit 500.

60 – With 59 wins so far, a win by a Spanish rider this weekend will see Spain become the sixth country to reach 60.

58 – Donington Park is tied with Misano for WorldSBK races run: both started the season at 58 and will end up at 61, the same as Phillip Island, at the second all-time spot. Ahead, only Assen with 62.

54 – Ducati have 54 podium finishes in the 58 races held so far at Donington Park. Kawasaki are second-best with 48. Ducati missed the podium twice in the last three rounds here: 2018 and 2021.

51 – In 58 races run at Donington Park, 51 different riders have stood on the podium.

26 – 26 different winners in 58 races in Donington: the most successful is Tom Sykes at 9, followed by Carl Fogarty and Jonathan Rea at 6.

22 – Alvaro Bautista is now on 22 wins for Ducati. He could be the fifth most successful rider for them at 23, level with 1990 Champion Raymond Roche.

10 – Yamaha have qualified on the front row in Superpole in the last ten rounds, a best streak, equalling two streaks set in 2007 and 2009: they are out to record their first one of 11.

10 – The record string of wins by a manufacturer at Donington Park was set by Kawasaki: from 2013 to 2017 they won all the ten races run here.

7 – Donington Park was the stage of the first career win of four-time World Champion Carl Fogarty, back in 1992, Race 2. Seven riders took first wins here, with the other six being: Davide Tardozzi, Marco Lucchinelli, Giancarlo Falappa, Neil Hodgson, Marco Melandri and Michael van der Mark. This is the same tally as Phillip Island, whilst only Sugo with nine has given more first victories.

1 & 1-2 – BMW recorded their first WorldSBK win at Donington Park in 2012, Race 1, that was also a 1-2 with Marco Melandri winning and Leon Haslam as runner-up.

Manufacturer podium places accumulated from all races at Donington Park (and wins):

Watch all of the 2022 Superbike season take-shape round-by-round with the WorldSBK VideoPass!