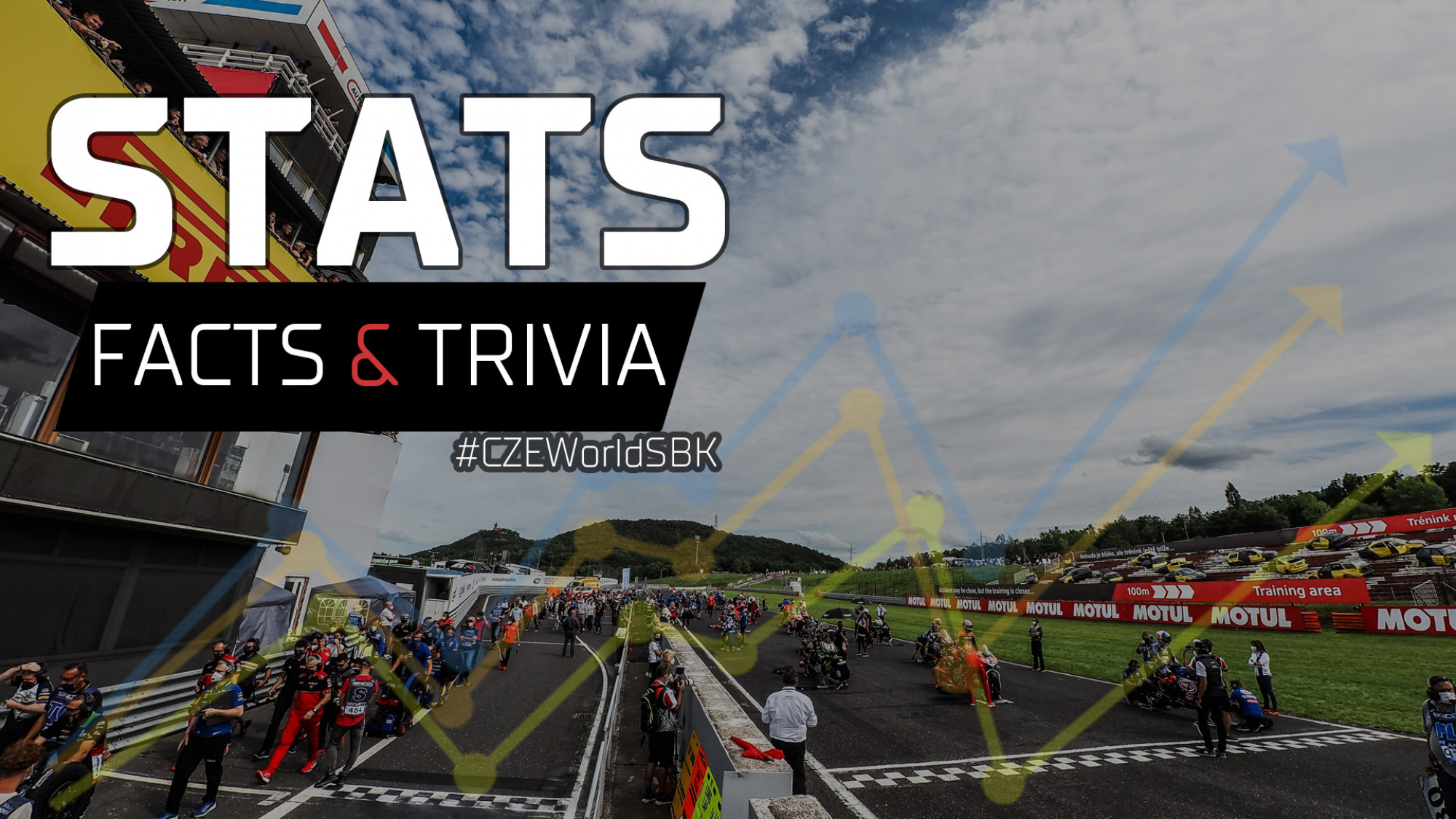 Checking in to the Czech Republic, the WorldSBK paddock is ready to hit some major milestones before the summer break

The 2022 MOTUL FIM Superbike World Championship has landed in the Czech Republic for the sixth round of the season from the Autodrom Most. The Prosecco DOC Czech Round promises more drama and excitement in 2022 after bursting onto the scene in 2021; with a Championship lead to play for, riders in form and Most still being something of an unknown quantity after just one visit, the stage is set for a final plot twist before summer.

4000 – If he scores 50 points, Jonathan Rea (Kawasaki Racing Team WorldSBK) will be on 4000 points scored for Kawasaki alone.

1500 – Sticking with the points theme, 39 scored for Toprak Razgatlioglu (Pata Yamaha with Brixx WorldSBK) at Most will be 1500, becoming the 24th rider to achieve such a number.

1000 – After one podium from Alvaro Bautista (Aruba.it Racing – Ducati) at Donington Park, Ducati are just one away from hitting 1000: they’d be the first manufacturer to reach this goal.

300 – The first race in Most will be the 300th for the World Supersport Championship.

100 – Yamaha, after a hat-trick of wins by Toprak Razgatlioglu at Donington Park, counts 99 wins, 20 shy of the third all-time place held by Honda, and just one shy of 100.

100 – Jonathan Rea counts at the moment 228 podiums, an all-time record. With 2 more he will be 100 clear of his nearest competitor (Troy Corser, 130). He scored his 200th podium at Most in the Superpole Race last year.

60 – Spain currently has 59 wins in WorldSBK and will aim to make it 60 in the Czech Republic.

50 – Last year, Most became the 50th track in WorldSBK history, it followed Barcelona-Catalunya, introduced in 2020.

21 – Jonathan Rea has won at 21 different tracks, an all-time record, but Most is not one of those.

11 – Yamaha has qualified on the front row in Superpole in the last eleven races, a record-breaking streak for the manufacturer.

10 – Both Alvaro Bautista and Toprak Razgatlioglu count 22 career wins and, with three wins on the line in Most, they both have a chance to enter the top ten of all time. Ahead of them: Raymond Roche at 23 (11th spot) and Carlos Checa at 24 (10th). This means that if one of them wins two races, he enters the top then, leaving momentarily the other one out of it.

7 – A pole for Razgatlioglu at Most will see him move onto seven career poles – all for Yamaha – and put him second in the manufacturer’s rankings. Ben Spies on 11 is at the top. It would also put him level with Regis Laconi, Chaz Davies and Noriyuki Haga.

3 – At Donington Park, for the third time in history, a rider (Razgatlioglu) led all the laps of the three races of the weekend. It had happened previously at Portimao in 2020 with Rea and at Aragon in 2019 (Bautista).

0.040s – The closest finish in WorldSBK at Most last year was in Race 1, with Razgatlioglu beating Redding by 0.040s.

Manufacturer podium places accumulated from all races at Most (and wins):

Manufacturer top speeds at Most, 2021:

Watch all of the 2022 Superbike season take-shape round-by-round with the WorldSBK VideoPass!