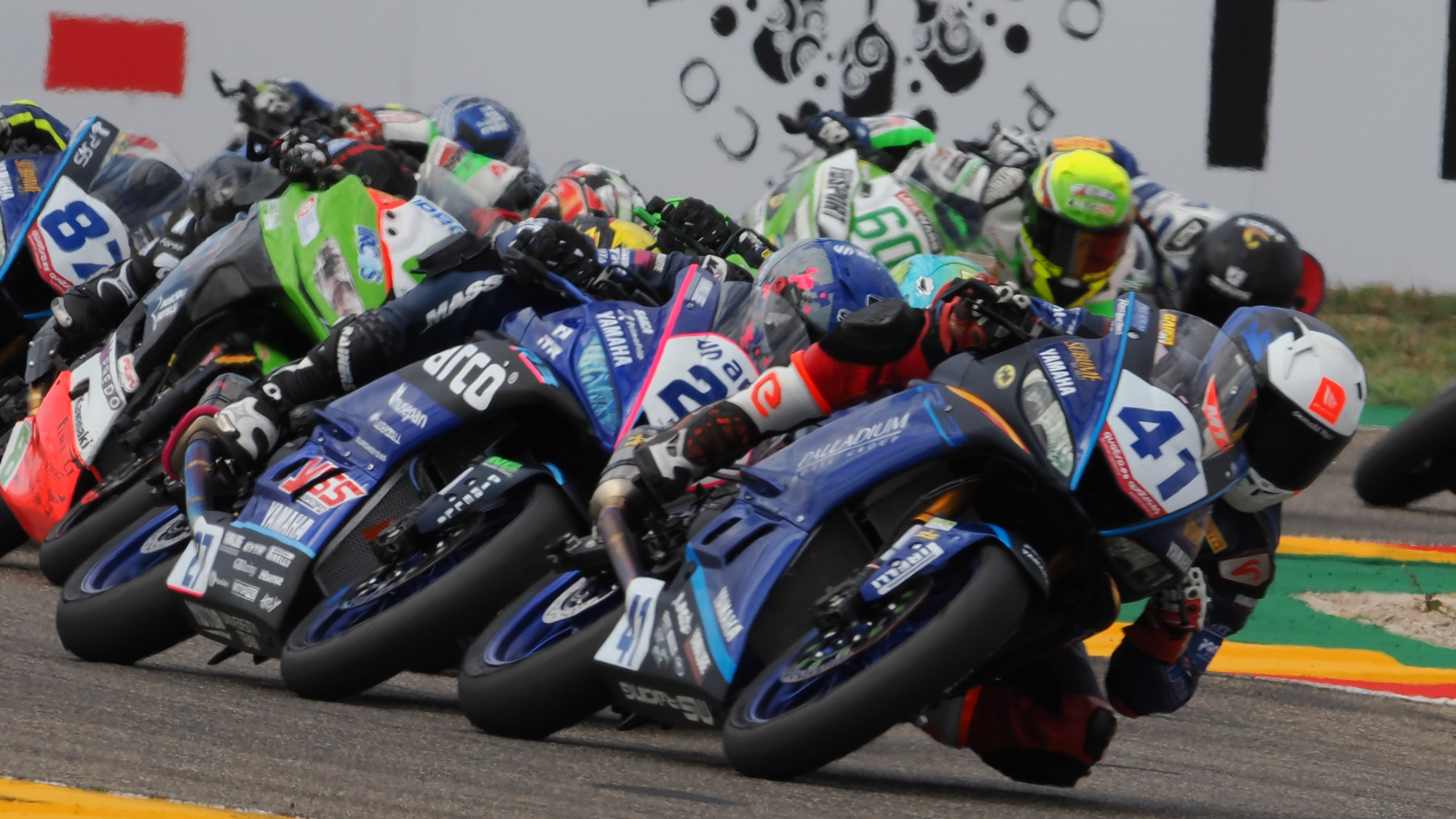 Garcia and Steeman claimed victories at Most, but Diaz was able to extend his Championship lead to 24 points after two races in the Czech Republic…

The FIM Supersport 300 World Championship returned to action at the Autodrom Most with the Prosecco DOC Czech Round and, following the theme of the season so far, there were two dramatic races featuring incredible comebacks in both Race 1 and Race 2. The victories were split between Marc Garcia (Yamaha MS Racing) and Victor Steeman (MTM Kawasaki), both of whom started from outside the top ten, but despite Garcia’s victory he lost ground in the title race to Alvaro Diaz (Arco Motor University Team).

The gap at the end of the Emilia-Romagna Round was 20 points in Diaz’s favour and he was able to expand this to 24 points at the end of the Czech Round after Diaz claimed two podiums in the Czech Republic by battling from 14th on the grid to finish third in Race 1 and second in Race 2. It means Diaz moves on to eight WorldSSP300 podiums, seven of which have come in the 2022 campaign, and he takes a 24-point advantage into the summer break.

Discussing the Czech Round and the title fight, Diaz said: “It was a perfect weekend for me. I’m very happy. I think this is the line. This race was difficult. I think I did very well. I think this is the line for the Championship. It was very difficult with so many riders in the first group. In this category, all the races are like this. I think in the next race I can win some more points for the Championship.”

Garcia also had to make up places in both races as he started from 11th on the grid. In Race 1, he was able to fight his way to the front of the grid and won by almost 11 seconds in the 12-lap race, which was held in mixed conditions, with the 2017 Champion able to take advantage of the chasing pack’s fighting to record the second-biggest winning margin in WorldSSP300 history. In Race 2, Garcia ran in the top five at the end of the opening lap but could only finish in ninth place after dropping to as low as tenth on Lap 3 of the shortened six-lap race.

Race 2 winner Steeman lies third in the Championship after an incredible win on Sunday in the Czech Republic. The race was red flagged on the opening lap of the race following an incident on the start-finish straight, and therefore shortened to nine laps, before a further red flag after six completed laps. Despite this, the Dutchman fought from 16th on the grid to lead on Lap 2 and had a winning margin of almost three seconds at the end of the race.

“That’s the most important thing,” said Steeman when asked about closing the gap in the standings. “After Saturday, I was quite upset because I had only one point and the Championship is still going well for me. The win was amazing for the Championship and I will try to go to the next races and do the same.”

The results from the Czech Round mean Diaz leads Garcia by 24 points with three rounds and six races left in the 2022 season, coming at the French, Catalunya and Portuguese Rounds, while Steeman is 39 points further back. 150 points remain available as the WorldSSP300 Champion enters its closing stages, so who will come out on top and claim the 2022 title?