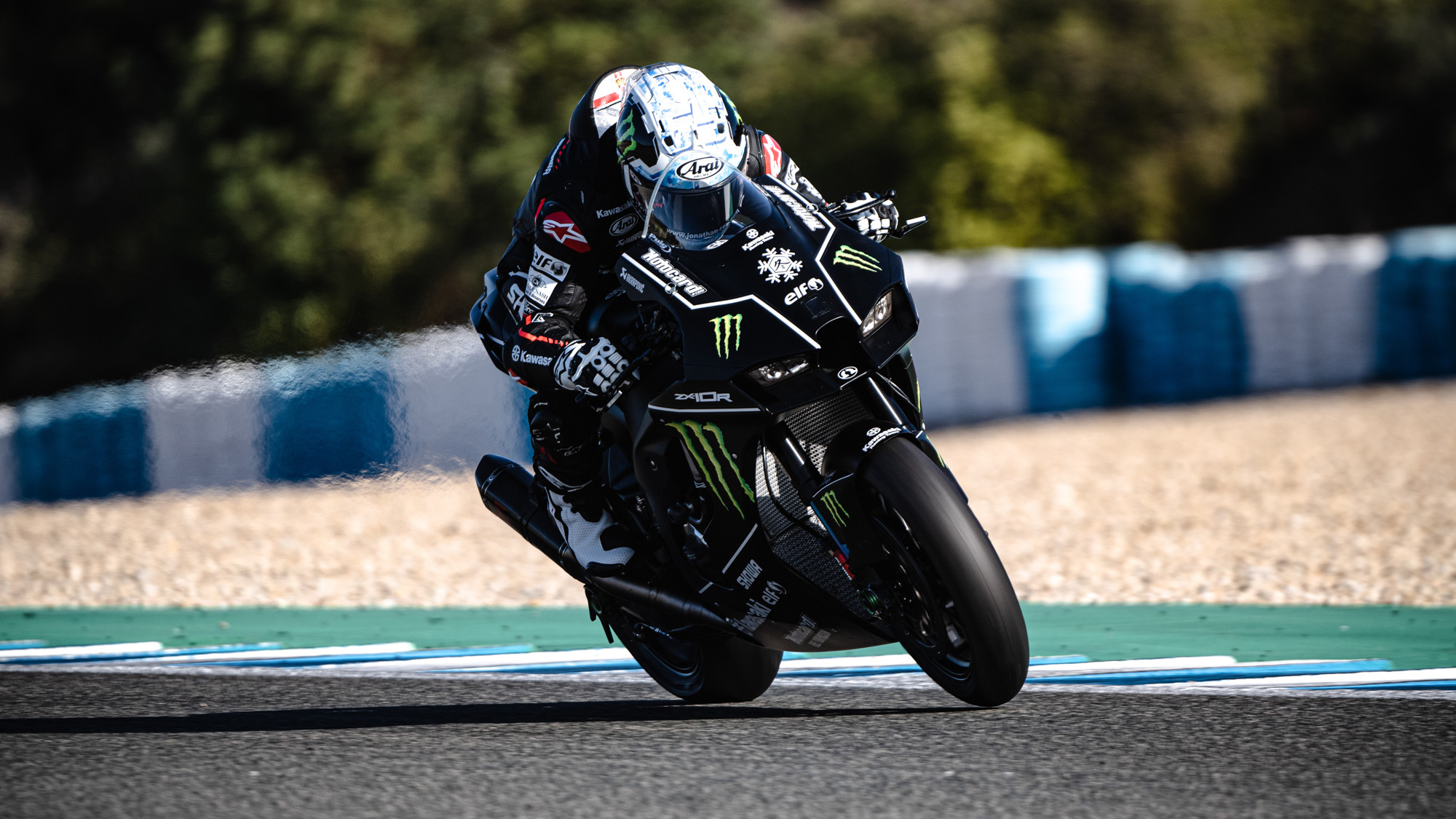 Jonathan Rea and Alex Lowes got back on their bikes at the Jerez test, taking part in Wednesday and Friday action for Kawasaki

The test at the Circuito de Jerez – Angel Nieto for four MOTUL FIM Superbike World Championship included Kawasaki Racing Team WorldSBK’s Jonathan Rea and Alex Lowes as they look to start 2022 on the right foot. The team took part in the test on Wednesday and Friday as they got two valuable days of testing under their belt ahead of the 2022 campaign getting underway.

It was the first chance for the teammates, who will be heading into their third season together after Lowes joined the team for the 2020 season, to get on the ZX-10RR following the conclusion of the 2021 season, with Rea saying before the test that he hoped there would be new parts available for him to try.

KRT had a target of finding overall improvements of their package with a focus on race tyres throughout the two on-track days, with both riders testing out new components throughout the test as they look to refine their ZX-10RR. For Lowes, still not 100% fit, it was also a chance to test his body following his injury-hit campaign. KRT’s strategy throughout the test was to have a technical evaluation day on Thursday, the middle day of the test, with track action on Wednesday and Friday.

No official times were released for the test but Speedweek reported that Rea topped the times with a 1’39.561s on Wednesday and on Friday lowered the benchmark to a 1’38.831s; six tenths away from Rea’s all-time lap record at Jerez set in 2019. Lowes, still recovering from injuries and surgery, reportedly posted a 1’40.454s but was able to improve that by more than half-a-second on Friday with a 1’39.865s; one second away from teammate Rea.

Rea had a “really fun” test as he tested new components of his Kawasaki. The six-time Champion said: “It has been a really fun two days riding. We structured the test to ride on day one, then have a day off to let the mechanics work on the bike. We got going again on day three. We found out a lot of good information and I am really happy with the team, Showa and KMC for their continued hard work in bringing new parts to test. I had a lot of fun on the bike and we managed to get through everything we had on the list at this test. Now is the important time because we will act on our findings and try to improve and re-evaluate some items again in January. The weather was great at Jerez, quite consistent, and we got a lot of valuable track time in. To be honest, this test was quite challenging mentally because I did a lot of work and I had been off the bike for quite some time. I’m really looking forward to going home now and spending Christmas with my family and just having some downtime. I want to recharge now before I get stuck into my winter training again and look forward to the next test in January.”

Reflecting on the test, Lowes said: “It was a positive test for me. Today, Friday, we had a great day and ticked off all the boxes on the list of our test items. Obviously, I am still not 100% fit in my physical condition, so I am quite surprised with the lap times we managed. I have given the engineers a lot of feedback on some of the new parts so we can expect to make another good step when we ride the bike again in January. It was really nice for me to check the condition of my shoulder, which was positive, but there is still a long way to go. It was also really nice to see some improvements coming from the Kawasaki guys and all of the KRT team. A good test after a long season, and a difficult one for me, with some injuries and without the results we wanted.”