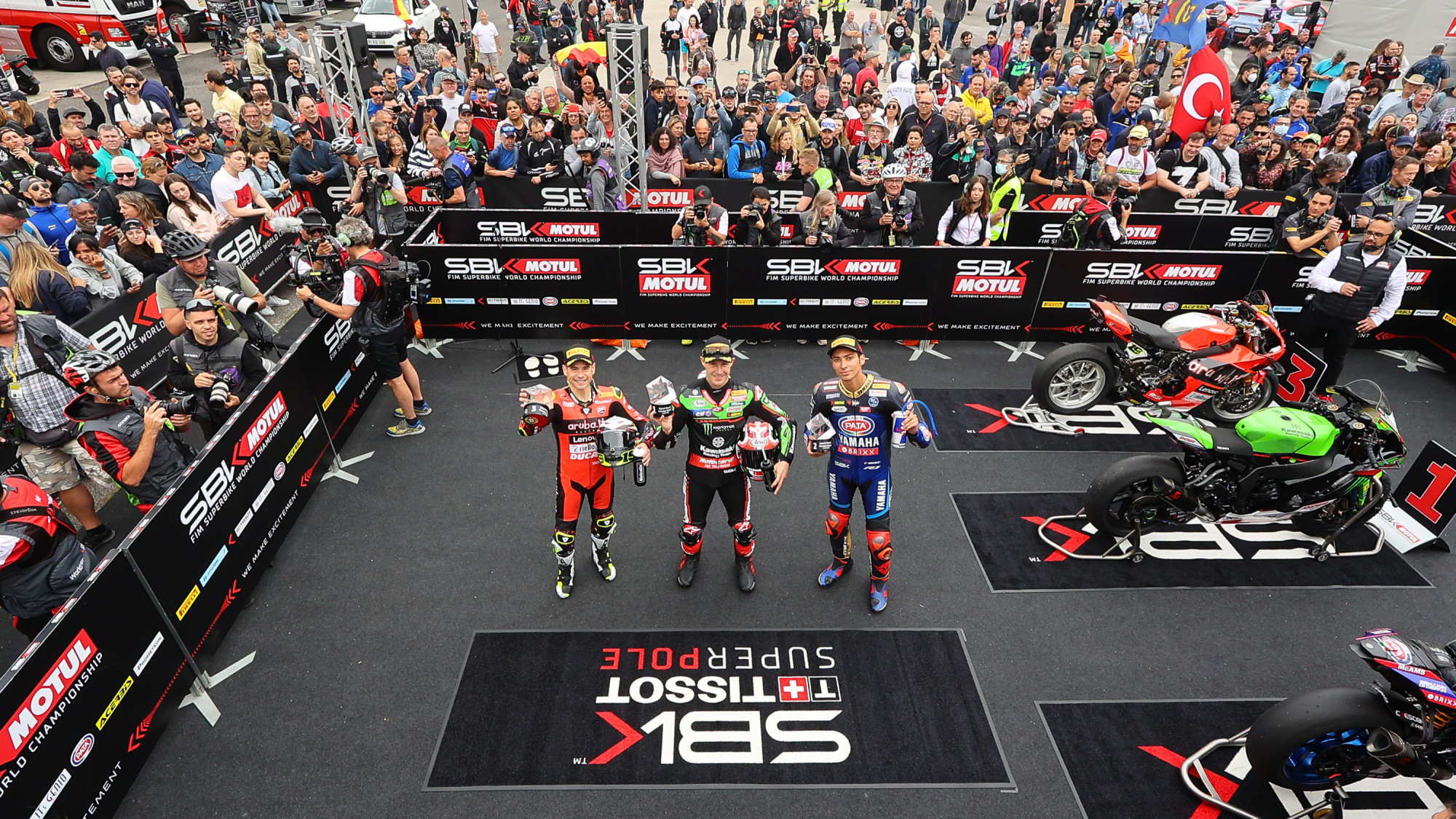 In what was a frenetic 15-minute session, Jonathan Rea and Toprak Razgatlioglu will go from the front two places on the grid…

The Tissot Superpole session for the 2022 MOTUL FIM Superbike World Championship ignited at the Circuito Estoril in Portugal. With plenty of cloud cover over the historic Portuguese venue, riders had to push from the start with a threat of rain in the air. Times were frantic from the start but come the chequered flag, Jonathan Rea (Kawasaki Racing Team WorldSBK) took a first pole of the season, pipping title rival Toprak Razgatlioglu (Pata Yamaha with Brixx WorldSBK) by 0.091s, whilst Championship leader Alvaro Bautista (Aruba.it Racing – Ducati) was third.

As the first times came in, the first rider to bolt to the top of the timesheets was Jonathan Rea with a 1’36.030 with the fastest lap of the weekend on the SCQ tyre. Toprak Razgatlioglu jumped up to second on the SCQ tyre, as was Iker Lecuona (Team HRC) who was up in third. Alex Lowes (Kawasaki Racing Team WorldSBK), Andrea Locatelli (Pata Yamaha with Brixx WorldSBK) and Michael Ruben Rinaldi (Aruba.it Racing – Ducati) completed the provision top five after the first five minutes. Come the close of the first run, Alvaro Bautista (was only seventh, one place ahead of an impressive Scott Redding (BMW Motorrad WorldSBK Team).

After a quick stop in the garages, the action reignited in the final six minutes. Jonathan Rea was on a charge, as were Scott Redding and Alvaro Bautista, with everyone putting the hammer down. Rea smashed the lap record to set a 1’35.346, whilst Bautista took second and Redding third, a first front row in prospect since the Brit joined BMW. Meanwhile, Razgatlioglu was in fourth but on a fast lap, with his pole hopes being pinned on sector three and four.

LAST ROLL OF THE DICE: Rea secures first pole of 2022

Razgatlioglu stormed across the line but couldn’t topple a mighty Jonathan Rea, who obliterated the lap record to take a first pole of 2022 and his first pole position since Magny-Cours. Razgatlioglu took second and whilst he tried again on the second lap with the SCQ tyre, he wasn’t able to make the tyre last. However, Razgatlioglu makes it nine consecutive front rows, all of which have been first or second. Completing the front row but six tenths back, Bautista makes it the titanic trio with a clear view down to Turn 1.

Heading up the second row, a turnaround in fortunes for Scott Redding sees him take a best Superpole result of the season and BMW’s first top four on the grid since Tom Sykes took pole in Barcelona in 2021. BMW’s testing in between Assen and Estoril looks to be paying off and they made more gains with their clutch, so expect to see Redding make a fast start. Fifth on the grid went to Andrea Locatelli, whilst it was Rinaldi in sixth.

ALL FIVE MANUFACTURERS IN WITH A SHOUT: Lecuona seventh

Despite initially staring down the barrel of a first front row in WorldSBK, Iker Lecuona had to settle for seventh place, the first time this weekend he looked comfortably ahead of his teammate. Alex Lowes will go from the middle of the third row in eighth place, whilst Irishman Eugene Laverty (Bonovo Action BMW) rocketed up the order to round out the third row, his best result since he did the same last time in Portugal, at Portimao last year. It’s also the first time that BMW have two riders inside the top nine on the grid in 2022. Completing the top ten, Lucas Mahias (Kawasaki Puccetti Racing) made it back-to-back top ten Superpole performances.

ROUNDING OUT THE FIELD: plenty of personal bests

Watch the action LIVE and UNINTERRUPTED with the WorldSBK VideoPass! 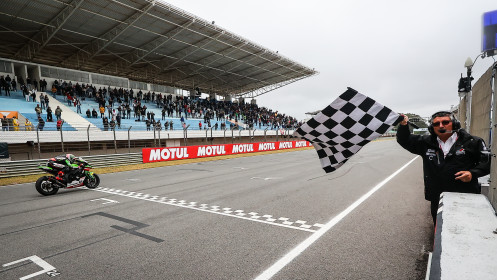 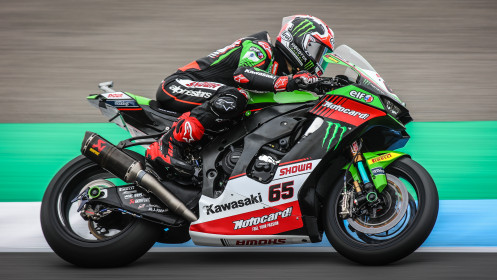 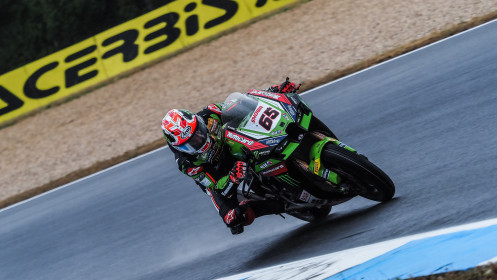