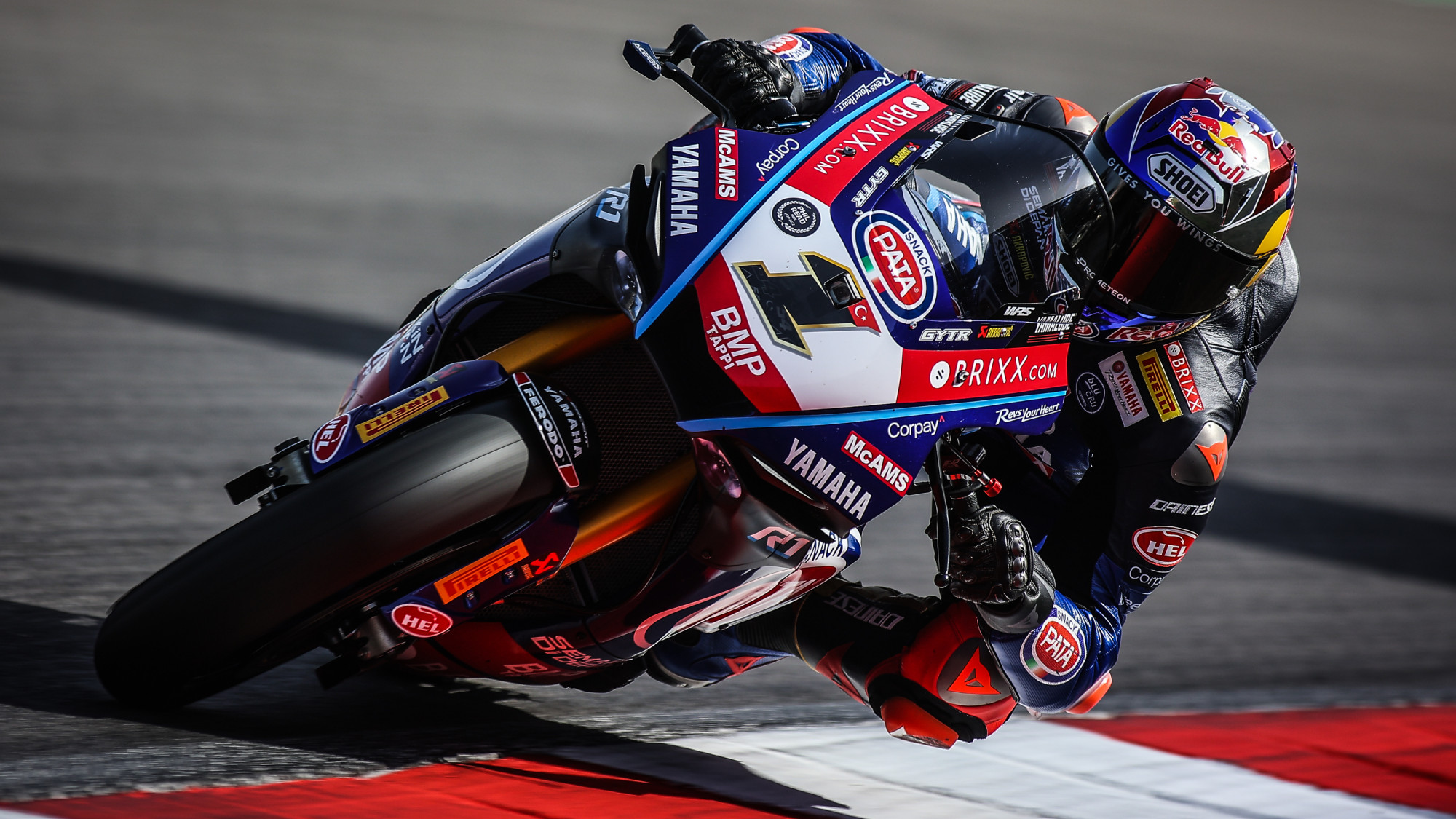 The 2022 MOTUL FIM Superbike World Championship’s final European round of the season has got underway and already, there’s plenty to talk about. Toprak Razgatlioglu (Pata Yamaha with Brixx WorldSBK) kept Yamaha on top to lead the way at the end of the day, with his main title rivals with a little bit of work to do at the Autodromo Internacional do Algarve.

RAZGATLIOGLU ON TOP: Yamaha lead the way, Rinaldi and Bautista in top five

Despite topping the session and improving his time throughout the day, Toprak Razgatlioglu wasn’t looking completely at one with his bike. The reigning World Champion was reporting brake problems at the start of the session and missed the first ten minutes of the session before slamming in a lap time on his first flying lap and going to the top of the timesheets. Razgatlioglu returned to the pits, again not seemingly overly happy, but was back out in the last 15 minutes. Laying down the gauntlet and continuing to showcase his strengths, Razgatlioglu led the way at the end of the day and tracked Jonathan Rea (Kawasaki Racing Team WorldSBK) for a good portion of the time, whilst teammate Andrea Locatelli was only eighth, more than a second away from Razgatlioglu’s top time. Razgatlioglu ended his session with another jump over the rise before Turn 9, having recorded a 16 metre distance of air-time in FP1.

Top Ducati honours went to Italian rider Michael Ruben Rinaldi (Aruba.it Racing – Ducati), who wasn’t able to improve on his time from the morning but nevertheless held onto second overall. He was nearly a quarter of a second behind Razgatlioglu at the top, with the Turk in fine form once he got going, particularly at the end of the session. Rinaldi’s teammate, Alvaro Bautista, was likewise on the pace at Portimao and having been just fifth in FP1, he was up inside the top three for most of the session in FP2. He improved his overall fastest time in FP2 and worked on race pace with a good run on track. Despite improving his time, he was still half a second slower than Razgatlioglu’s fastest time of the day, leaving him fifth overall.

Three Independent riders inside the top ten, the first of which was Garrett Gerloff (GYTR GRT Yamaha WorldSBK Team), as he led FP1 before finishing a strong third at the end of the day. He couldn’t improve his overall time but consistency was key as he hopes to repeat his Barcelona podium from last time out this weekend. The next Independent rider was Axel Bassani (Motocorsa Racing), with the current best Independent in the standings taking ninth, one place ahead of fellow Ducati rider Philipp Oettl (Team Goeleven), who improved his time by nearly half a second from FP1 to FP2.

Continuing to improve at Portimao, a track that he’s enjoyed so much success on before, Jonathan Rea was on the pace in the afternoon session. He set a new personal best lap time but was unable to get to the top of the timesheets, despite being particularly strong in the first sector. He had the measure of teammate Alex Lowes, with the Englishman in the pits in the closing stages of FP2 whilst sitting in sixth place. Come the conclusion of the session, it was second for Rea leaving him fourth overall, whilst Lowes took seventh on the combined times.

HONDA VS BMW: advantage Lecuona as BMW miss out on top ten

Finishing fifth in FP2 with an improved time, Iker Lecuona (Team HRC) continued to try and make gains with rear grip, something he spent time on during testing in a post-Catalunya Round test at MotorLand Aragon. At Portimao on Friday, Lecuona was making incremental gains but was seven tenths adrift of Razgatlioglu, but he was sixth on the combined times. Xavi Vierge (Team HRC) was one of the fastest riders in sector four in FP1 but that pace couldn’t translate into a strong lap time; Vierge finished his day in 12th

After having no representation inside the top ten in Superpole back in Barcelona, there were no BMWs inside the top ten at the end of the first day of action at Portimao. The best result went to Scott Redding (BMW Motorrad WorldSBK Team) in 11th place, whilst the one was Loris Baz (Bonovo Action BMW) in 13th; he led the next two BMWs too: Michael van der Mark (BMW Motorrad WorldSBK Team) in 14th and Eugene Laverty (Bonovo Action BMW) in 15th. Laverty is competing at ‘home’ for the last time, with him living in Portugal. They’ll hope to turn it around come the weekend starting on Saturday, with Superpole being crucial.

THE REST OF THE ORDER: can a surprise be sprung?

Top six after day one of WorldSBK action at Portimao, full results here: 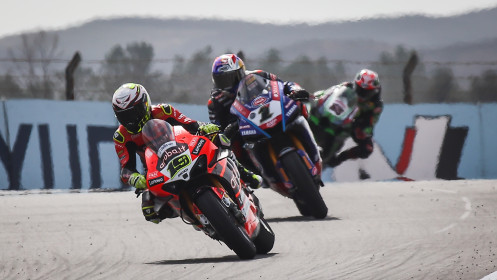 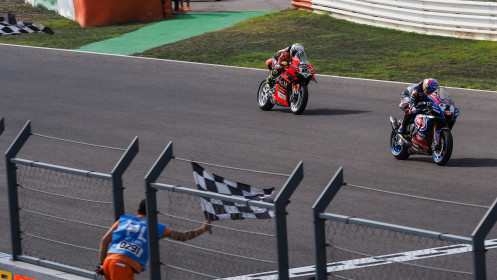 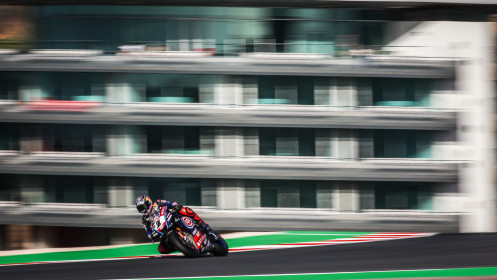