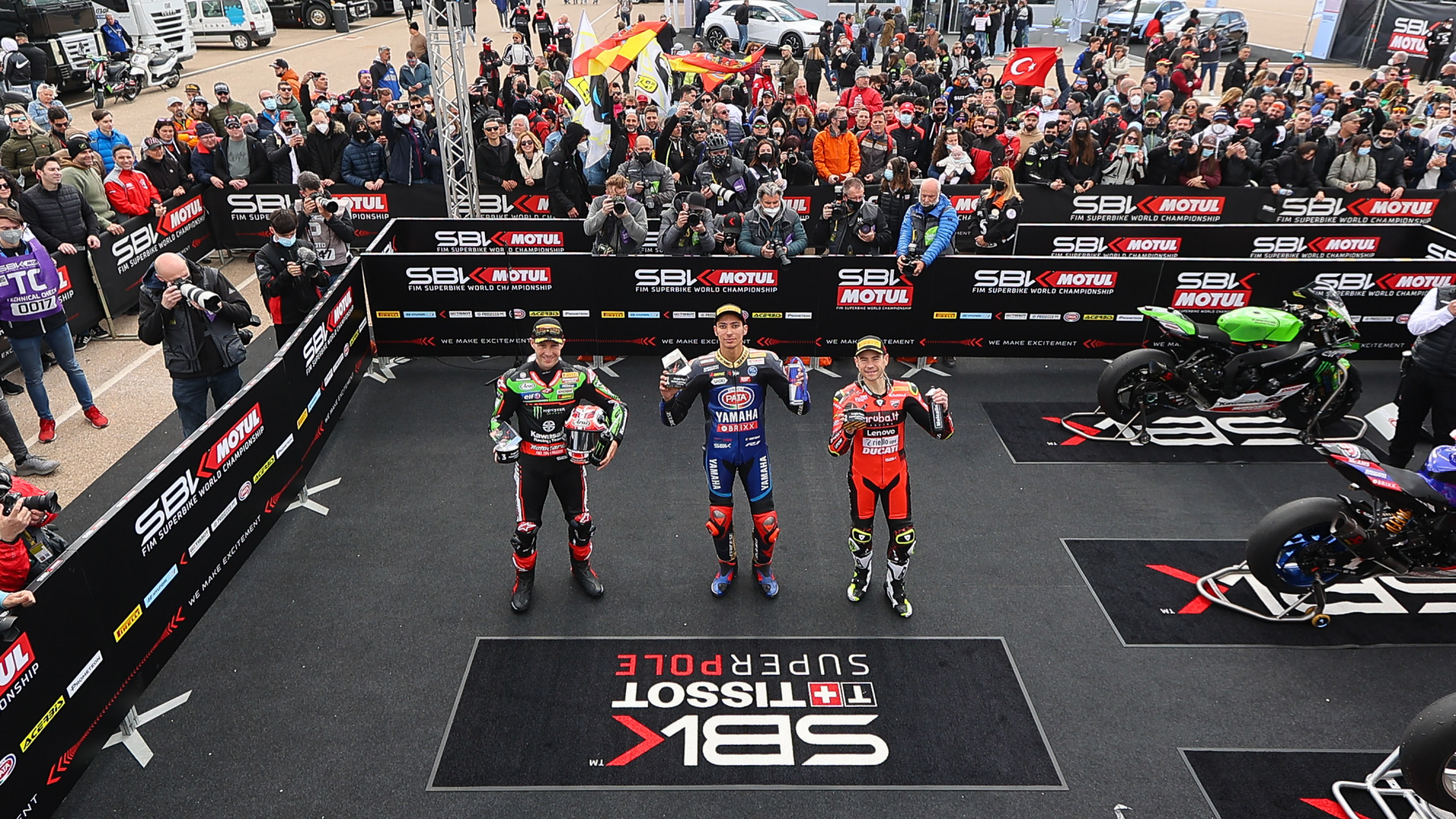 The first Tissot Superpole session of the 2022 MOTUL FIM Superbike World Championship was a frantic affair at the MotorLand Aragon circuit. The Pirelli Aragon Round’s Superpole session saw sparks fly throughout the 15-minute encounter, but come the end of the session, it was Toprak Razgatlioglu (Pata Yamaha with Brixx WorldSBK) who took back-to-back poles and started his season as he means to go on with a new lap record, pipping Alvaro Bautista (Aruba.it Racing – Ducati) by 0.006s in one of the closest gaps between the top two riders on the grid in WorldSBK history and the closest since 2018. Jonathan Rea (Kawasaki Racing Team WorldSBK) took third.

LIGHTS OUT: straight on the pace and the new SCQ tyre on show

The start of the session saw riders get laps dialled in, with the SCX tyres being the predominant choice for many. Straight into the action, reigning World Champion Toprak Razgatlioglu (Pata Yamaha with Brixx WorldSBK) laid down the benchmark and was two tenths away from the outright lap record. Alvaro Bautista (Aruba.it Racing – Ducati) slotted into second whilst Jonathan Rea (Kawasaki Racing Team WorldSBK) made it the titanic trio on the provisional front row. It was a strong opening from Roberto Tamburini (Yamaha Motoxracing WorldSBK Team) who was as high as sixth at one point, as well as Iker Lecuona (Team HRC) who was inside the top eight with five minutes to go.

In the closing stages saw the all-new SCQ tyre in full use for the first time in a Superpole session, with Team HRC’s Lecuona and Xavi Vierge bouncing themselves up the order, provisionally sixth and seventh. Then it was the turn of Kawasaki, with Rea and Alex Lowes (Kawasaki Racing Team WorldSBK) moving up the order – Rea taking provisional pole and Lowes up to fourth.

The man in red took the pole from @jonathanrea...

However, then more red sectors came onto the timing screens, with Alvaro Bautista going to pole, but then it was the reigning World Champion who gave Yamaha something to cheer about. Toprak Razgatlioglu blasted to pole position with a new lap record, a 1’48.267 giving the charismatic Turk a fifth pole of his career and Yamaha’s first pole at the opening round since Ben Spies’ debut in 2009 at Phillip Island. Bautista’s return to Ducati saw him hold on to second, making for a first front row after Superpole since Barcelona in 2020, whilst it was Jonathan Rea who clinched third to make it three manufacturers inside the top three. They were handed their Superpole trophies by triple WorldSBK Champion Troy Bayliss.

ROW TWO: calling the cavalry as teammates get ready to fight

2020 MotorLand Aragon race winner Michael Ruben Rinaldi (Aruba.it Racing – Ducati) was in good form and made it to fourth, his best Superpole result since Assen last year. Alex Lowes got a solid start to his season with fifth, on the second row for the second consecutive year at Aragon, whilst it was Andrea Locatelli (Pata Yamaha with Brixx WorldSBK) who took sixth. Locatelli’s run of Superpole sessions inside the top nine now stretches back to Assen last year.

Heading up the third row, Iker Lecuona’s Honda debut was an impressive one as the #7 starts seventh, matching the team’s best Superpole result at Aragon’s 2021 round. However, he was joined by one of the surprises of the session: Illia Mykhalchyk (BMW Motorrad WorldSBK Team) finished as top BMW as he substitutes for Michael van der Mark who is out injured. The 25-year-old Ukrainian was a star as he placed eighth, one place higher than Axel Bassani (Motocorsa Racing), with the Italian finding some form, whilst tenth place honours went to Loris Baz (Bonovo Action BMW), not capitalising on his potential, after topping FP3.

There were plenty of heavy-hitting names outside the top ten, with Garrett Gerloff (GYTR GRT Yamaha WorldSBK Team) getting mired down in 11th, one place ahead of German rookie Philipp Oettl. Xavi Vierge could only manage 13th, ahead of Eugene Laverty (Bonovo Action BMW) and Roberto Tamburini. The big news was that Scott Redding’s (BMW Motorrad WorldSBK Team) miserable debut for BMW continued, with the British rider only managing 16th, just under 1.5s away from pole.

ROUNDING OFF THE GRID: work to do downfield 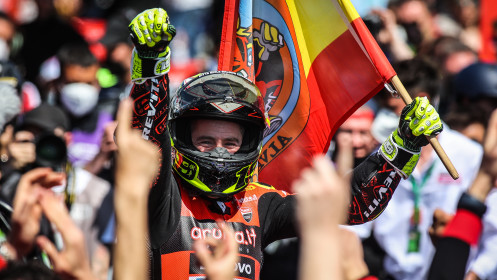 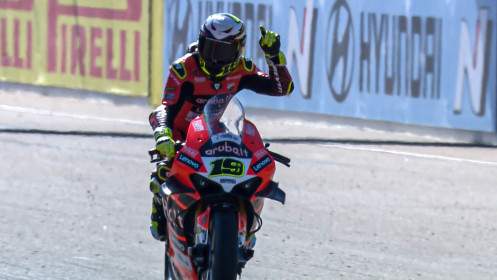