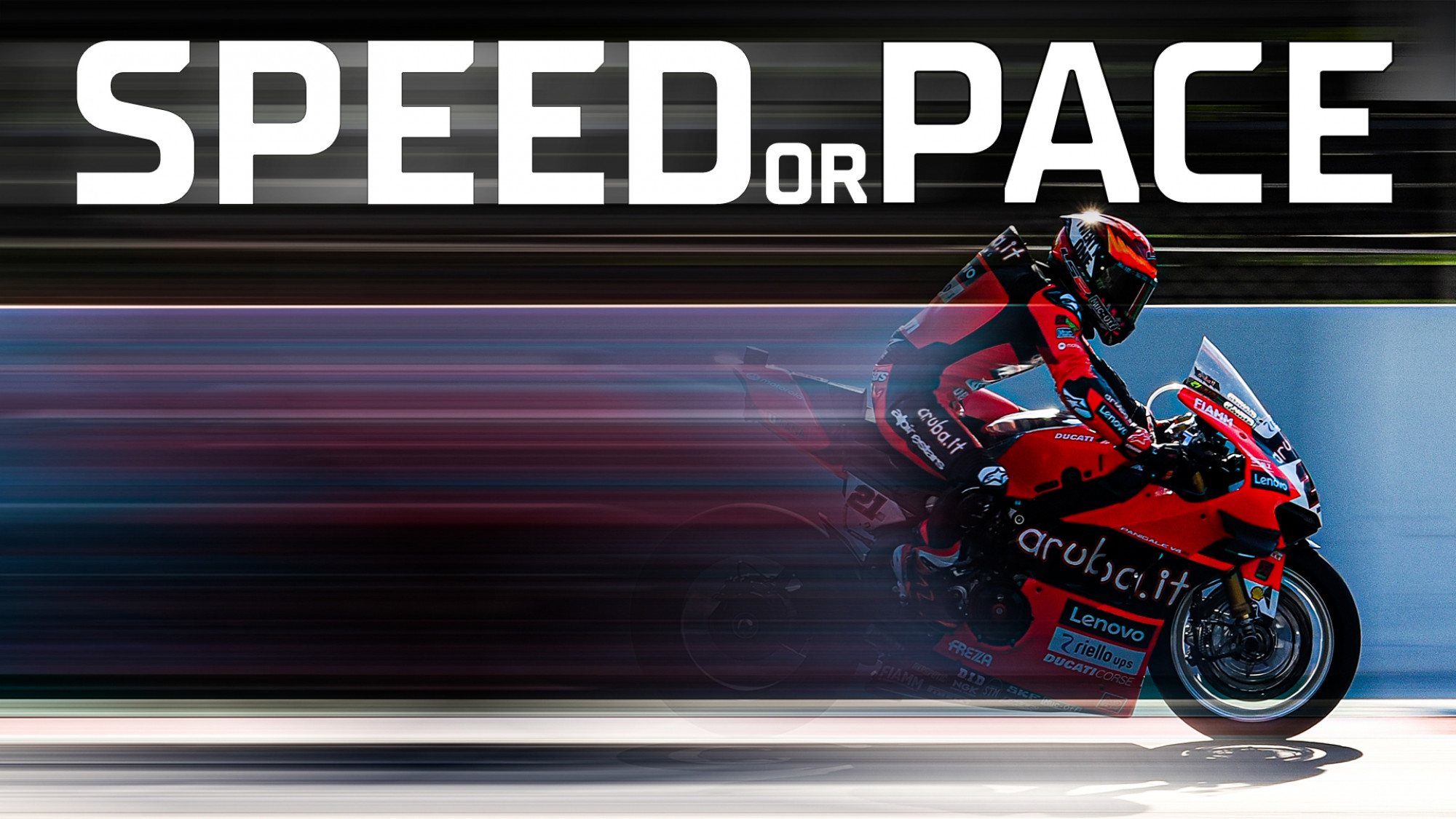 Whilst the title contenders all looked good, they’ll have some stiff competition this weekend

The 2022 MOTUL FIM Superbike World Championship has touched down in Barcelona and the Circuit de Barcelona-Catalunya’s first day of action has already brought many talking points. We take a detailed look at the race pace of the contenders this weekend, to see who’s hot and who’s not – and we may be in for a surprise if the FP2 race runs are anything to go by.

As is often the case, the titanic trio of Alvaro Bautista (Aruba.it Racing – Ducati), Toprak Razgatlioglu (Pata Yamaha with Brixx WorldSBK) and Jonathan Rea (Kawasaki Racing Team WorldSBK) are all the favourites for success this weekend. Bautista though looks the fastest over the course of the race, with a race run carried out at the start of FP2. 15 laps, of which 14 were in the 1’42s – most of them in the middle, Bautista may well be, as predicted, the rider to beat. Him and the Panigale V4 R are at one with the Circuit de Barcelona-Catalunya, and even when they went out for a time attack at the end, a 1’42.018, his final flying lap, put him fastest in the session.

As for his two rivals, Rea is the one who set the next-fastest lap time but wasn’t able to match Bautista’s incredible consistency. In a 15-lap run, Rea was only into the 1’42s on four laps, with the final two of them being towards the high end. In his time attack at the end of the session, Rea was able to get two 1’42s in the bag, but he will be wanting more on his potential race tyres that he used during the opening run of the session.

Thirdly, reigning World Champion Razgatlioglu could only finish sixth in the session but is third overall; he didn’t set a 1’42 in his first run but set a strong, consistent pace in the second half of his session. Most of his laps were mid-to-low 1’42s and on the face of it, faster than Bautista, although the Turkish rider came into the pits with more than ten minutes to go and didn’t get out for a fast time again, thus leaving the longevity of his pace untested. However, with the confidence to return to the pits and not head back on track, is Razgatlioglu perhaps a dark horse?

One rider to certainly look out for is Iker Lecuona (Team HRC), with the Spaniard setting a blistering lap time on the soft ‘SCQ style’ front tyre in the morning session. He was in the 1’41s and was half-a-second quicker than his rivals, perhaps a rider to watch out for in the Tissot Superpole Race on Sunday morning. In his first run in the second session, Lecuona was once again fast and actually, his pace rivals the likes of Rea and Razgatlioglu, although he only did six laps so like Toprak, the longevity comes into question.

For Lecuona’s teammate, it was a similar story; Xavi Vierge (Team HRC) put in a good race run at the end of the session and was lapping in the low 1’42s, although the range of lap time went up as high as a 1’43.795, so whilst the pace is there, perhaps consistency isn’t – although lap times on the face of it don’t account for encountering traffic or perhaps spots of rain, which were falling in the last sector with five minutes to go. Nonetheless, Honda are competitive in Barcelona, and they’ll aim for more of the same as the weekend evolves.

And finally, what about Michael Ruben Rinaldi (Aruba.it Racing – Ducati)? The most recent WorldSBK winner in Barcelona had some very strong pace in his first run in the afternoon, pace that actually rivals his teammate Bautista. In his seven-lap run, he did six low-to-mid 1’42s; the only thing missing was the longevity, but perhaps Rinaldi has the pace. His second run didn’t quite match that of the first but was still good regardless – could we be on for another Rinaldi victory? Another Ducati rider to watch for will be Axel Bassani (Motocorsa Racing), who was consistent in the 1’42s during his first run in FP2 before dropping into the 1’43s. The 11-lap run showed plenty, but can Bassani keep the pace consistent for the full races?

The final rider to look at is Scott Redding (BMW Motorrad WorldSBK Team); with three podiums at the last circuits, Redding is looking to connect four this weekend but knows it will be difficult. His prediction of difficulty was accurate in FP2, as he managed just one 1’42 in his first run and spent most of his laps in the 1’43s. In his final run, he got into the 1’42s twice but three slow laps at the end of the session (more than two seconds adrift, the last one being cancelled) make it difficult to predict where Redding could finish. Whilst a podium charge is unlikely, he’ll hope to be in contention for a top six. One thing is clear – all five manufacturers are in with a shout of featuring at the front, and if it rains as it is forecasted to, then it all goes out of the window anyway…

Get a complete chronological analysis of FP2 here and watch the Catalunya Round in style, LIVE with the WorldSBK VideoPass!