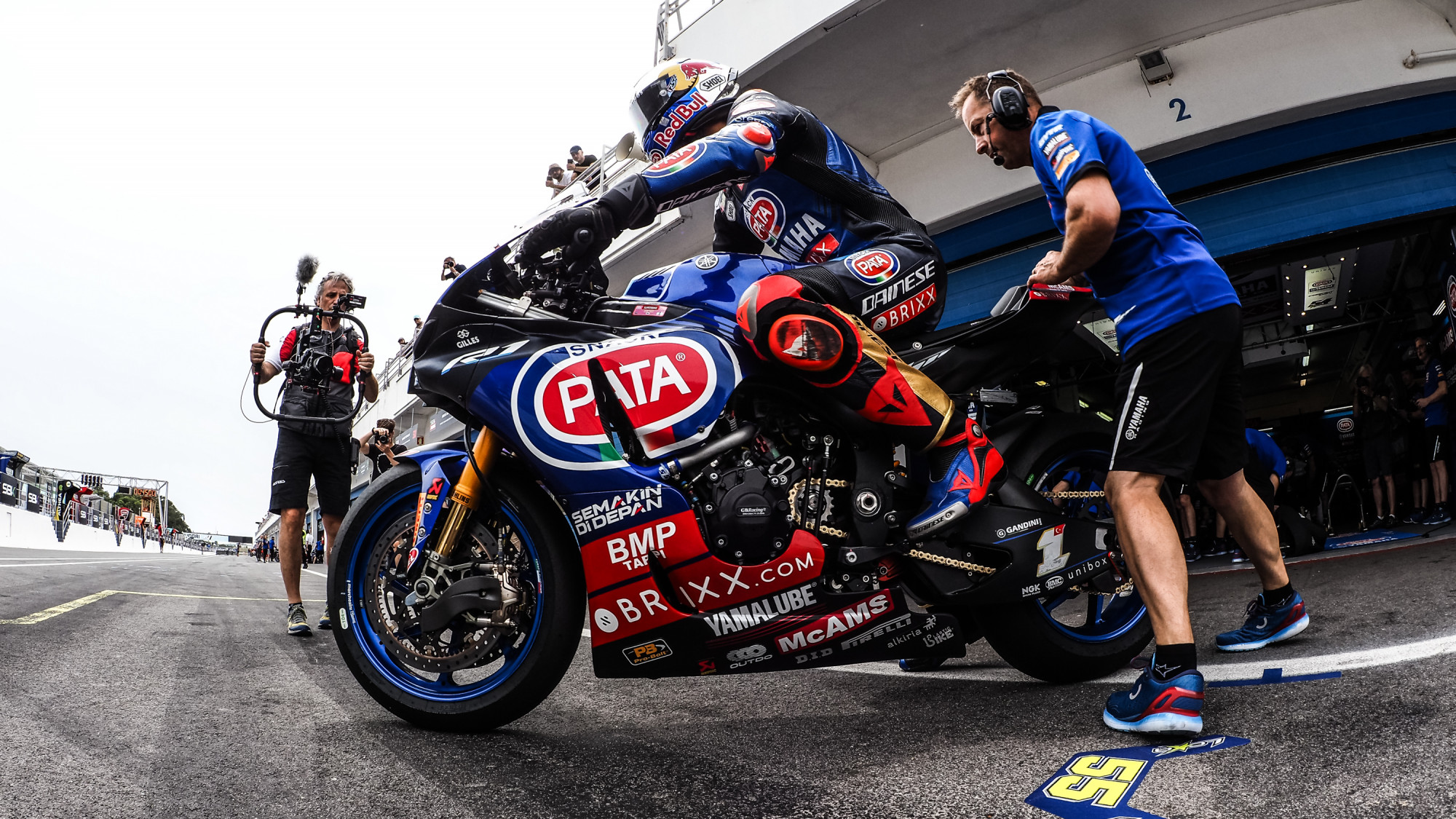 Just a couple of days after the MOTUL FIM Superbike World Championship was back at the Circuito Estoril, the Pata Yamaha with Brixx WorldSBK Team completed a one-day test at the Portuguese venue with riders Toprak Razgatlioglu and Andrea Locatelli. The test took place on the Tuesday following the Estoril Round with the duo completing almost 200 laps between them across the day at a circuit where the team had just raced and collected plenty of data.

The test gave the team a chance to work on some of the issues they faced throughout the Estoril Round, where Razgatlioglu missed out on two wins after two final lap shootouts in Portugal, in Race 1 and the Tissot Superpole Race. During the test, Yamaha looked at this to help throughout the rest of the 2022 season as Razgatlioglu looks to defend his WorldSBK title he won in 2021.

Reacting to the test, Razgatlioglu said: “Today’s testing was very positive because we tried some new setups. I don’t know how many laps, but we did a lot of laps. For Locatelli, I am very happy because he improved incredibly in this test. Today was a very long day for me. We improved the rear grip because my big problem in the race weekend, after ten laps I was fighting for a good position because the rear grip started to drop. Today, we’ve made a big improvement. I am very happy for this. With the electronics, some setups were very positive. It was good to test after the round. I hope, in Misano, we are fighting for the win.”

ESTORIL TEST REVIEW - How many laps? What did we do? @toprak_tr54 and Loka give us a full rundown on today's track action. #YamahaRacing #WeR1 @yamaharacingcom @WorldSBK pic.twitter.com/15iiHNeZHg

Locatelli completed more than 100 laps during the test as he tried some new settings on the electronics, one of the upgrades Yamaha brought to offseason testing during the winter. The Italian, in his second season with the factory Yamaha squad, was also able complete a good lap time as he prepares for his home round next time out at Misano.

Locatelli discussed the test, saying: “We finished the test here in Estoril. It was a good test for us because we did a lot of laps, more than a hundred laps I think, so we were working a lot. We tried some new settings on the electronics. This is important to continue working. I could also do a good lap time. In general, it was a good test for me. I can’t wait to be back on track, on my bike to ride and enjoy it. During the race is a different feeling to a test but, for sure, for us it’s another positive day. We have a lot of data to work with. We will continue with the work to prepare for Misano.”

Follow all the action from WorldSBK in 2022 in style using the WorldSBK VideoPass!