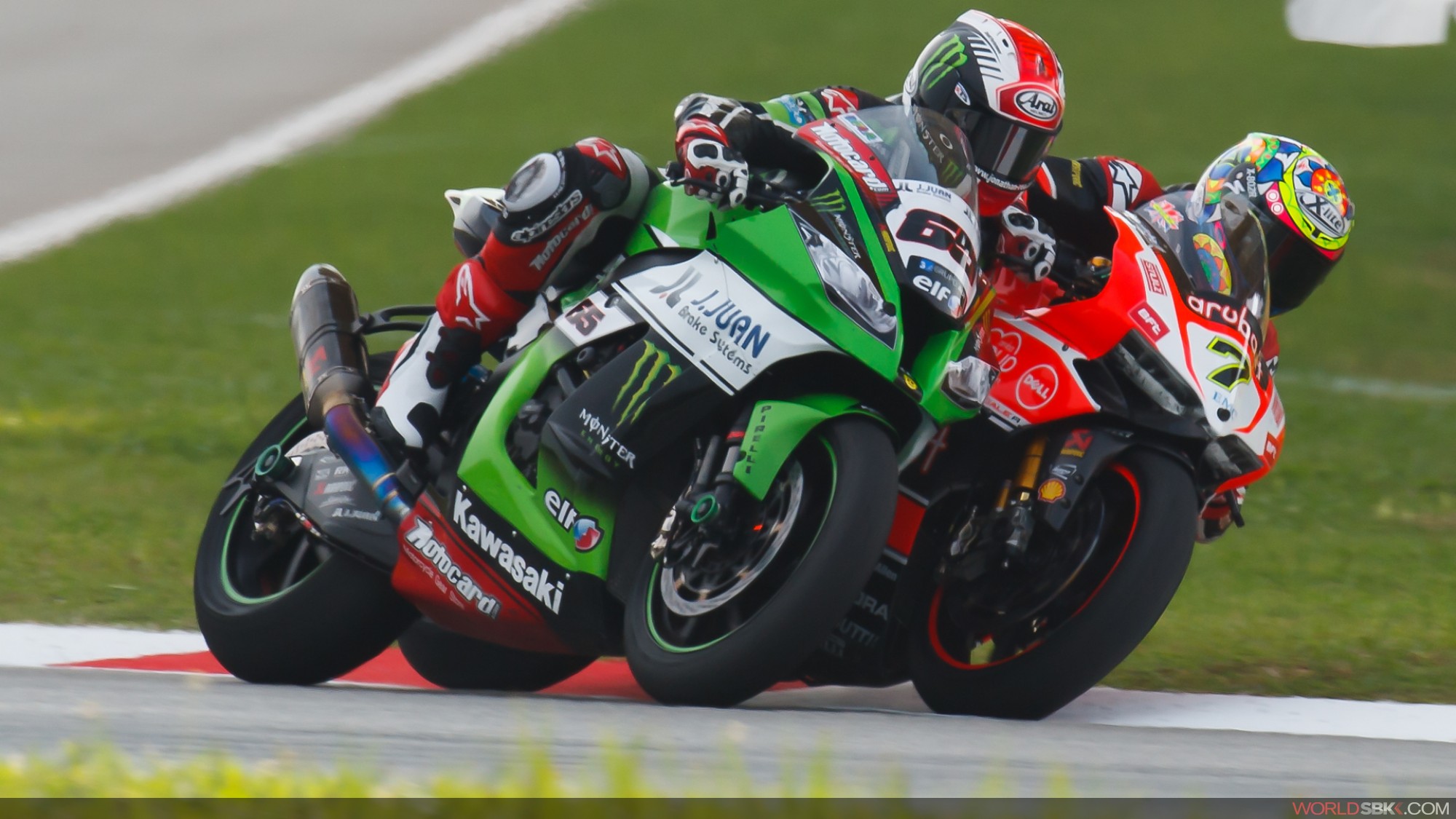 Seven years have gone by since a memorable afternoon in Malaysia, when two of the Championship’s heavyweights laid it all out…

It was an iconic rivalry that shaped the latter parts of the 2010s in the MOTUL FIM Superbike World Championship and one of the biggest flashpoints of it came from Sepang in 2015. Seven years ago, Jonathan Rea and Chaz Davies were ultimate rivals and the two enjoyed some of the best battling and one of the fiercest rivalries in WorldSBK history, however the Malaysian Round of 2015 would be a pivotal point in the duo’s on-track story.

They’d already had one battle earlier in the day, when Kawasaki’s Rea conserved his tyre to overhaul Davies, although the Ducati rider never gave up and nearly beat Rea when the Ulsterman made a last corner error on the final lap, whilst Max Biaggi took a final WorldSBK podium. As for Race 2, and it was another duel. With just laps remaining, it looked like Davies had the victory in the bag, but Rea closed up on the final lap from over a second back and on the run down to the final corner, pounced on Davies to hit the front. However, with the last corner awaiting, Davies laid it all down on the line and launched his Ducati up the inside. The two collided at the apex, it was then a drag to the line and it was Davies who won an instant classic.

The celebrations at Ducati were a direct contrast to Kawasaki, as has Rea won the race, he’d have been crowned Champion there and then. For Davies however, it kept the Championship battle open for another round, although next time out at Jerez, Rea would eventually become World Champion for the first time. It was Davies’ fourth win of the season and his third in four races. His momentum was strong, but it came too late, as he eventually finished runner-up; just the start of many battles between the two and certainly a point of which no love would no longer be lost in the future, although both had enormous respect for each other, showed at its best when Chaz announced his retirement from WorldSBK at Jerez in 2021.

Watch more classics in WorldSBK whenever you want and wherever you are with the WorldSBK VideoPass!