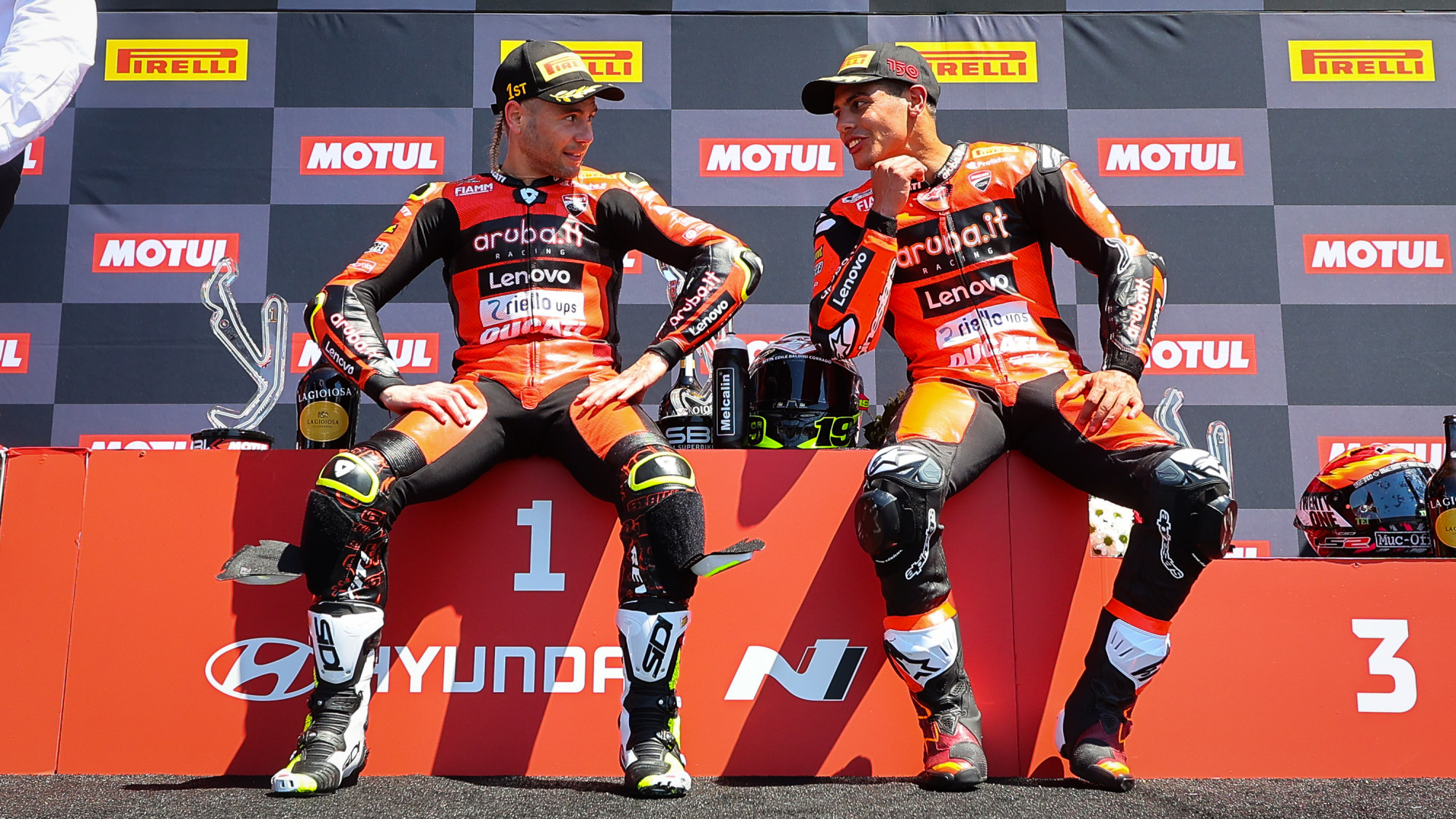 A huge milestone is on the cards in the MOTUL FIM Superbike World Championship for Ducati as they looked to secure their 1000th WorldSBK podium placement at the Autodrom Most. With 999 podiums to their name already, the Prosecco DOC Czech Round is potentially the place where the milestone will come with both Alvaro Bautista (Aruba.it Racing – Ducati) and teammate Michael Ruben Rinaldi, as well as the Independent Ducati riders, all hoping to put their name down in Ducati folklore.

Ducati are, by a considerable margin, the most successful manufacturer in WorldSBK with the Bologna-based factory claiming 17th titles, 382 wins and 999 podiums places to date. 52 riders from 1988 until the present day have contributed to Ducati’s incredible podium tally with 24 riders taking at least 10 and the top five in the ranking (Carl Fogarty, Troy Bayliss, Chaz Davies, Troy Corser and Raymond Roche) all achieving at least 50.

On the current grid, Scott Redding (BMW Motorrad WorldSBK Team) and Bautista are joint at the top of the list with 37 podiums each. Redding’s came in a two-year stint across the 2020 and 2021 campaigns, while Bautista’s have come in 2019 and 2022 and drew level with Redding in Race 2 at Donington Park. Could Bautista pip Redding on the list and take Ducati’s 1000th podium place at the same time?

At the Autodrom Most in 2021, Ducati took three podiums courtesy of Redding, with the British rider finishing in second place in Race 1 and the Tissot Superpole Race, before claiming victory in Race 2. Rinaldi claimed fourth place in Race 1 last year, just three seconds away from podium, while Axel Bassani (Motocorsa Racing) was also not far away last year, battling with Rinaldi in Race 1.

The 2022 Czech Round started with Rinaldi third in the combined standings and Bautista fourth, with just half a tenth separating the two teammates at the end of Friday’s action. In Free Practice 1, Rinaldi claimed fourth place with Bautista in sixth while they were third and fourth respectively in Free Practice 2; the faster of the two sessions. After securing three podiums in three races in 2021, and showing strong pace from the start of the Czech Round, will the Autodrom Most go down as the venue in Ducati’s history where they claimed their 1000th podium placement?

Speaking ahead of the Czech Round on Thursday, Bautista said: “In Donington, we were close to the 1000th podium for Ducati but I crashed in Race 1 so we missed the chance to do it there. At the same time, Kawasaki reached another milestone and it’s better to do it one and one. We prefer to do it here. Let’s see. For sure, it’s not in my mind but if we can do it, it’s perfect. I think we have many, many chances to get it. It will be nice if I can put my name on the 1000th podium for Ducati it’s not my target. My target is just to be competitive and try to fight for the maximum.”

Can Ducati reach this incredible milestone? Find out using the WorldSBK VideoPass!