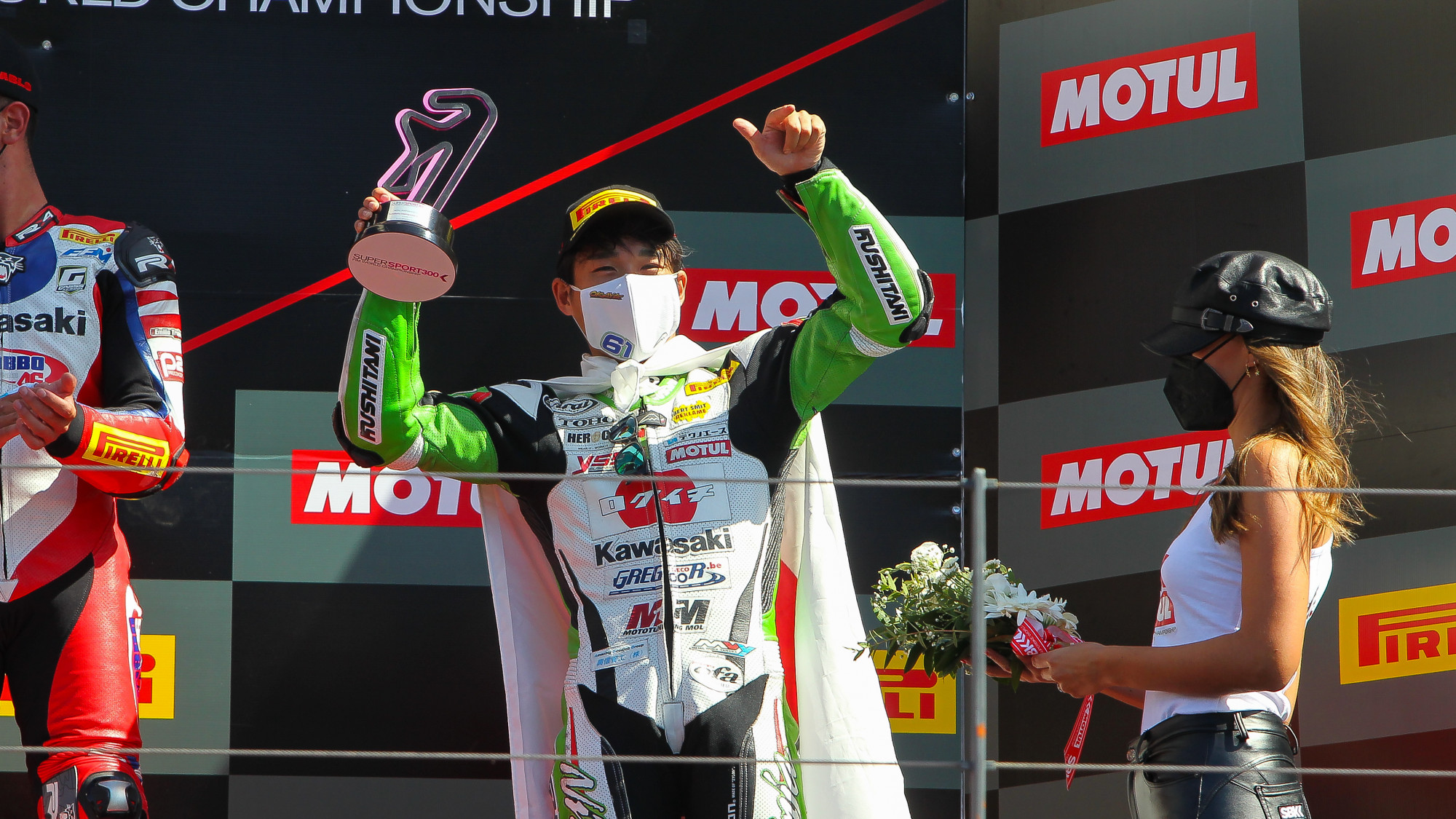 Japan will once again be represented on the FIM Supersport 300 World Championship grid as Yuta Okaya returns for his third campaign with MTM Kawasaki and his fourth in WorldSSP300. Okaya, who made history in 2020 by becoming Japan’s first race winner in the category, will return as he looks to build on his fifth-place finish in the standings in 2021 and challenge for the title.

Okaya will hope to replicate the success of former teammates Jeffrey Buis and Adrian Huertas who both won the Riders’ Championship with MTM Kawasaki in 2020 and 2021 respectively. Okaya’s WorldSSP300 career began in 2019 when he linked up with the DS Junior Team, with his first points finish coming at Donington Park.

In 2020, he moved to MTM Kawasaki and claimed the first of his five WorldSSP300 podiums to date at Portimao with third place, before becoming Japan’s first race winner in the class at the Circuit de Barcelona-Catalunya with an incredible last-corner, last-lap pass to lead home a MTM Kawasaki 1-2-3-4. Although he did not claim another top step finish in 2021 with the team, he added three further podiums to his name and finished inside the top five of the Championship.

Okaya will have two teammates in 2022 with Victor Steeman and Ruben Bijman joining the team in a three-rider line-up with the Dutch duo hoping to build on their 2021 success. Steeman claimed two pole positions in 2021 as the sole full-time rider for KTM in the Championship, claiming his and the manufacturer’s first pole since 2019. He converted pole position at the Autodrom Most into his first win in the category for his only podium finish of the season.

Explaining his decision to join MTM Kawasaki, Steeman said: “I'm delighted to be able to race for MTM Kawasaki in 2022. The team has a nice dynamic, I can't wait to ride on the Kawasaki for the first time! I think we will be able to learn a lot from each other and that we will form a nice package to compete for the pole positions. I will do everything I can to earn the third world title for MTM Kawasaki. Once again, a huge thank you to Kawasaki and Ludo, our team manager, to give me this opportunity.”

Bijman made his WorldSSP300 debut in 2021 and claimed a best finish of eighth in Race 2 at Jerez with the Dutch rider able to consistently fight for the points-paying positions throughout his maiden campaign. Prior to his WorldSSP300 debut, Bijman competed in the German Supersport 300 championship in 2019 and 2020, claiming four podiums across two years. Bijman said: “After a successful season, I'm glad to start this season with MTM Kawasaki. I can't wait until we will start testing out the motorcycles!”

Ludo Van der Veken, Team Manager of MTM Kawasaki, added: “2022 will be a year filled with challenges, both WorldSSP and in WorldSSP300. In WorldSSP300 the challenge is clear: win our third consecutive Championship, and to do that we have talented riders on board. With the team we will do everything to make sure we'll deliver the best Kawasaki's and experienced people to support our goals. Let's go for it!”