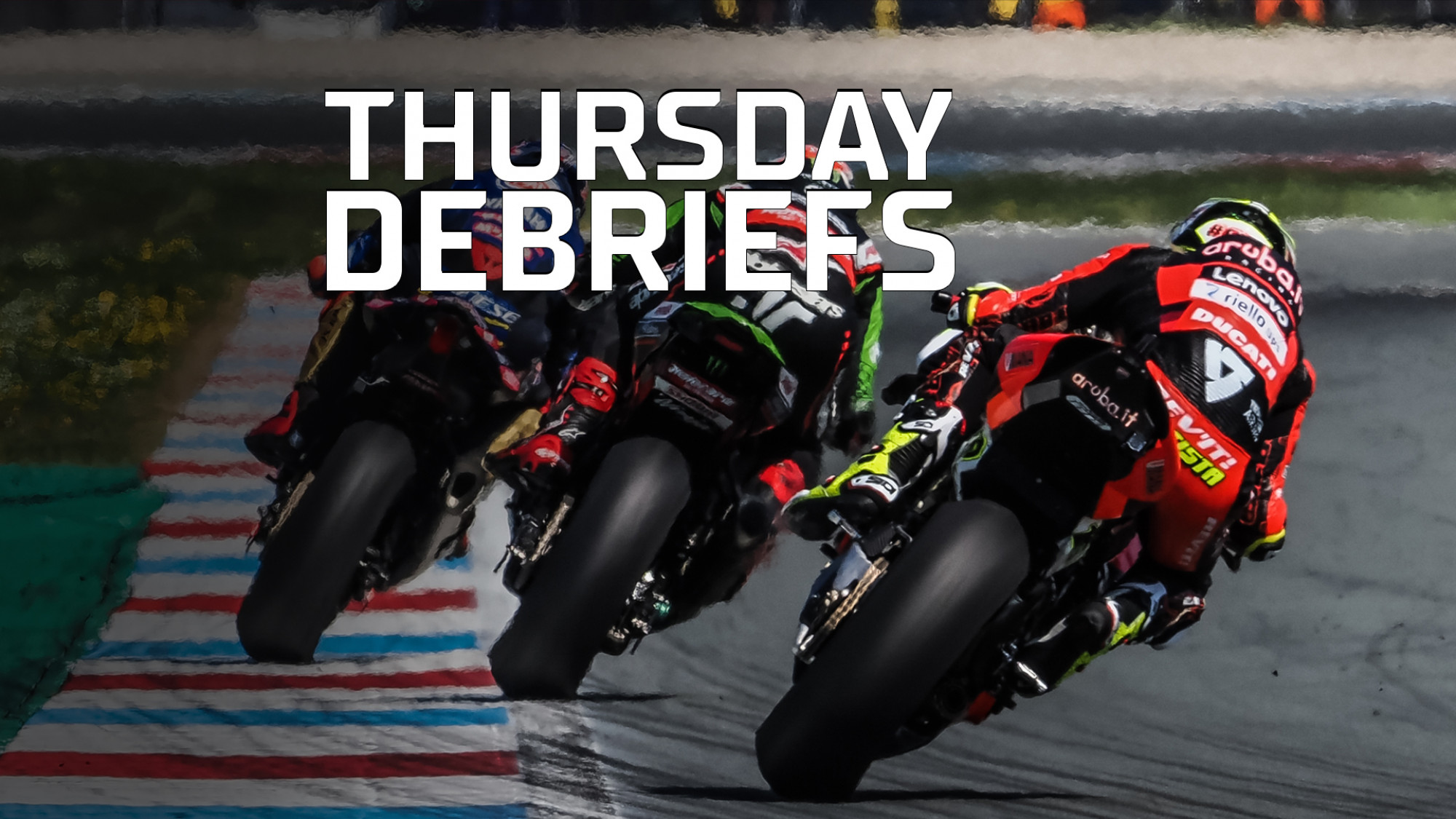 All eyes were on the riders and all ears were glued to what they had to say, with a new kind of silly season starting after recent tests, as well as approaches for the weekend ahead…

Microphones were open and riders were present on Thursday afternoon as the 2022 MOTUL FIM Superbike World Championship gets set for its final European round of the season. The Autodromo Internacional do Algarve is the scene for round nine and the Pirelli Portuguese Round, with all the stars lining up ready for another thriller at Portimao. From 2023 mutterings, approaches in the Championship battle and bouncing back from recent difficulties, there’s plenty to get stuck into.

Alvaro Bautista (Aruba.it Racing – Ducati): “I can risk more because I have a margin with the points”

“My thinking is that it’s a new race. We start from zero, all the riders, so the classification doesn’t matter. I think, with that margin, I can risk more maybe because I have a margin with the points. For me, it doesn’t change a lot. I think it’s better to be focussed on this weekend, try to do the best, try to not make mistakes. For me, it’s important to enjoy the bike and do the best job that I can do.”

“I’m very happy because we’re at Portimao and I like this circuit, I’m excited. I’m always fighting for the win and we hope for the same this weekend. This season is a strange season for me, but the races are the races. Maybe for Alvaro, he has a technical problem or something… I’m not looking at the Championship and going race by race. This track only has one long straight and slow corners, so I love it. I need to win! I think we’re strong at this circuit but in Argentina, the Ducati can be strong because of the two long straights.”

Jonathan Rea (Kawasaki Racing Team WorldSBK): “Some ideas for 2023… I want to get back to winning ways”

“We’ve been on the bike a lot to test some new ideas for this season, but also some ideas for 2023. Just working constantly. Can’t say too much about what we’ve been testing but it’s exciting. A lot of things are positive. Also, some things we can discount for this season. It’s important like every race to do our best but, for me, it would mean a lot because it’s a bit of a win drought and it hasn’t been from the lack of trying. I’ve been giving my best but Alvaro and Toprak have been doing an incredible job, winning a lot of races. I want to get back to winning ways. It’s been so long now since I’ve had a race win. It would be nice to kickstart that win train again here in Portugal.”

Iker Lecuona (Team HRC): “All the new parts we tried at the Aragon test are for next year”

“I expect a lot but at the same time, I want to stay calm. I feel strong with the bike; I feel good, happy, confident with the team and myself. Portimao is a track I know well since 2016. I like the track, it’s difficult, but in winter we had two days testing here with Superbike. My target is to stay close to the top guys and try to recover points to Lowes and Locatelli who I think we can fight with for P5 overall. We had two days testing at Aragon last week; we tried something on the base. In Barcelona, in the end, we struggled a lot with the rear tyre. We had a lot of problems with the electronics and with the power and grip. I think we improved it but, if I’m honest, this year it’s the bike we have. We don’t have anything more. All the new parts we tried at the Aragon test are for next year. We want to start next year in a top position if we can; I know we have the speed and if we find a little bit more rear grip, we can have pretty good results in the last races.”

“I’m feeling a bit more confident than Barcelona, I think this can be a track that suits the bike a little bit better. I knew Barcelona would be tough, but the two crashes were quite hard on us. We had some good races before, so I put it behind me and we come here and we’ll try to get back to how we were before, which I think is possible. We’ve been thinking in 2023 quite early in the season as this year was always about understanding and development, so every race for us is testing. If we can get race results then great and if not, then we need to improve which is what I am doing. Of course, we want to get race results, but we need to think of the bigger picture and that for me will be next year when we can come in already confident. I look forward to going to the overseas and trying some new things. On Gerloff’s arrival, I get on with him quite well; he’s a great guy, a hard rider which is good and coming from Yamaha which I hear is quite a friendly bike to something which requires a little bit more effort is going to be interesting.”

“I just need to get laps in and get fitter and faster. I missed half the season, it’s not easy to get back on the bike. The base speed is always there but it’s just the last little bit is hard to find. Everyone has a different mentality and I’m just chasing them. We have to stay calm and go step by step. When you get tracks like this that I really enjoy, it makes life a bit easier. I think the first thing for Garrett, it was nice in Barcelona to see him gain his confidence back and getting back on the podium. Everybody knows he’s a fast rider, a talented rider, and I think he’s been having some issues since 2021. I’m sure now when he gets confidence back, he’ll jump on the BMW and he will get up to speed as well.”

“I’m super happy to be in WorldSBK with Yamaha and the GRT team. It’ll be a new challenge for me, but I’ll try and do my best. It’s my rookie season at 32! It will be a big challenge, but I know how to ride big bikes; riding at home, the Suzuka 8 Hours and testing a MotoGP™ bike earlier this year. We will see how the Yamaha R1 fits my riding style and the first winter tests will be important – we’ll have tests in the middle of December and then the end of January. There’ll be many new electronic things to get used to such as engine braking, anti-wheelies and traction control which you can manage at each corner, but also the power. I’m looking forward to doing it! I have the contract with Yamaha directly, and we will start with the official bike that Toprak and Andrea will have.”

“I’m a couple of years older, couple of years wise, some more experience… I’ve learnt a lot over the last couple of years riding with the Yamaha team. Experience is a big thing in this sport and, hopefully, I’m a better rider than I once was. We’re jumping into the deep end here. There’s no doubt this class is insane. We’ll see what happens. Who knows about a future return? Once race a time, one day at a time. I’ve got plenty on my plate the next couple of days so after that maybe we can think about it!”

Get ready for Portimao and enjoy the action LIVE, wherever you are, with the WorldSBK VideoPass!