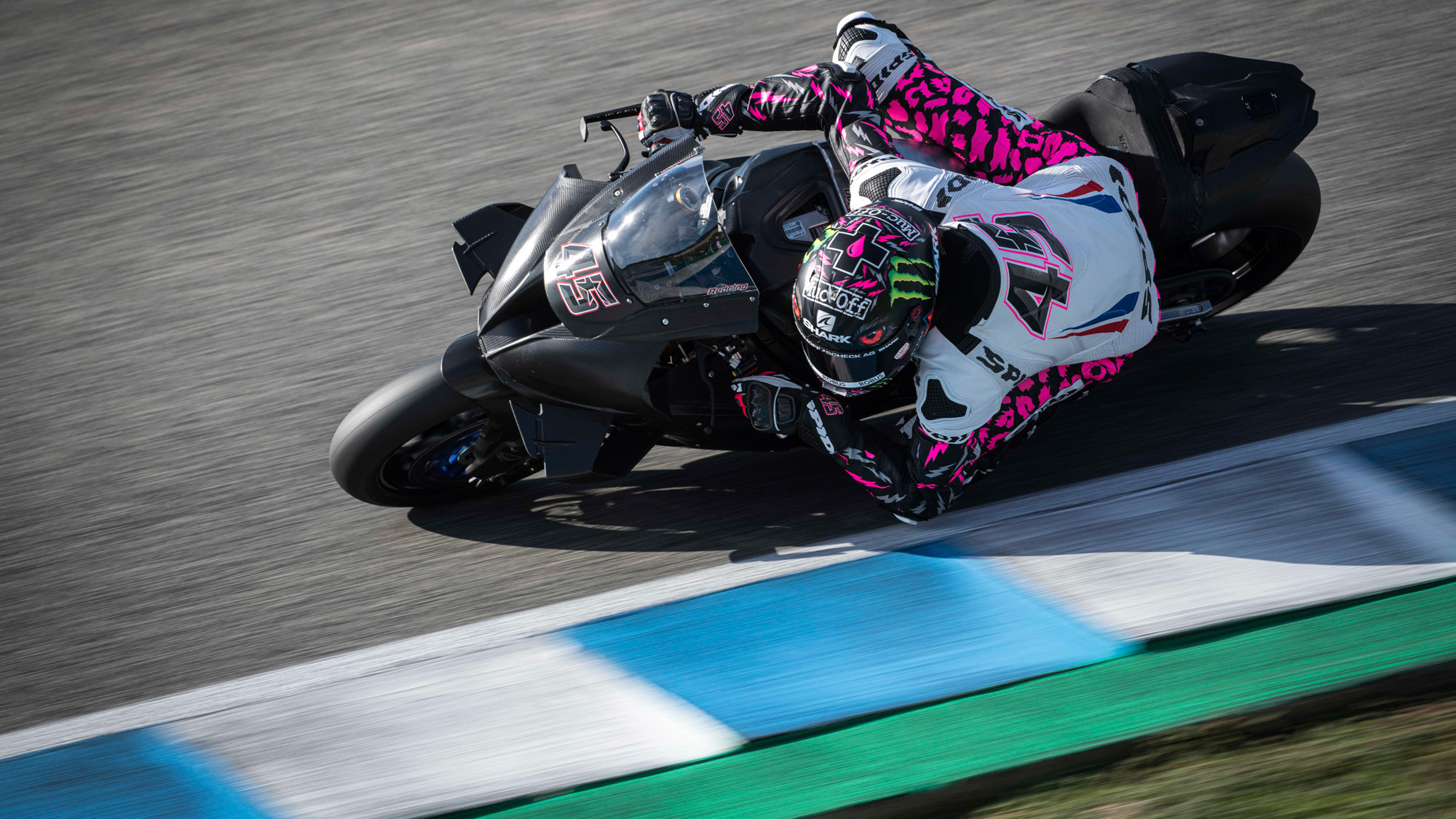 The two BMW factory riders for 2022 took to the Circuito de Jerez – Angel Nieto as the BMW Motorrad WorldSBK Team completed two days of testing in southern Spain. The riders took to the track on the M 1000 RR on Wednesday and Thursday for two days of testing as they look to start the 2022 campaign in the best possible shape after a 2021 campaign where BMW claimed one victory.

The factory BMW squad were able to take advantage of good weather in Andalusia to test new engine specifications ahead of the 2022 season, as well as chassis modifications to the M 1000 RR. The comparison gained from the test will allow the team and manufacturer to decide a further direction for development ahead of the next test in 2022.

Scott Redding (BMW Motorrad WorldSBK Team) was able to test alongside teammate Michael van der Mark for the first time, although Redding was able to test the M 1000 RR at Estoril in a recent test. Redding spent the Estoril test getting to know the bike and the ergonomics, with the findings from that test implemented immediately as he returned to the track with BMW at Jerez. Although official lap times have not been released, it was reported by Speedweek that van der Mark posted a 1’41.161s on Wednesday, to go second overall, while he topped Thursday’s running with a 1’39.788s. Redding was reportedly sixth fastest on Wednesday with a 1’40.701s before improving on Thursday to a 1’39.909s; only two tenths behind his teammate.

Discussing the test, Dutchman van der Mark said: “It was good to have a test even if it was so late in the year. We had a lot of new components and items to try on the bike. At this test we barely played around with the set-up of the bike, we mainly tried new parts to figure out what brings improvement and what does not. We need to get some ideas and start producing the new things. It has been a really good test and I am really happy with a lot of new things. It was great to gather good information and now I am looking forward to a short Christmas break.”

Shaun Muir, Team Principal BMW Motorrad WorldSBK Team: “It has been a successful test for both sides of the pit box. Scott had a lot of things to work through but most importantly for him was to find that comfortable feeling with the bike. I am really pleased about his work ethic in the pit box. He has put a lot of laps in and he acclimatised very well. On Michael’s side, we worked on similar development parts to what Scott has and he has been working through that very well as well. Comparing both riders’ feedback, it is very similar, and I am very pleased about that. I think it is proving that the set-up direction we are going with the BMW M 1000 RR is aligned between both riders which is very important. There has been a lot of overlapping, a lot of chassis changes, a lot of engine changes and everybody has been working as a group, so I applaud all the team and all the guys working very closely together. Overall, I think we can leave the test here at Jerez with our heads held up high, we have done a good job and we can go into the Christmas break with a lot of confidence and get ready for our next test in the new year.”

Marc Bongers, BMW Motorrad Motorsport Director added: “There have been a lot of new things at this test. In general, it has been important to test with all four riders, including the two new addition in Baz and Redding. We brought a lot of new test items that we either confirmed or evaluated with all four in order to get the right direction. We have ticked all boxes in our test programme but maybe might do some further laps tomorrow. We gathered a huge amount of information and this is now to be analysed. Overall, we found very good directions and in general, I am very satisfied. We take a lot of positives back home. Now we will have a well-deserved Christmas break but then we will continue to intensively prepare for the season. We are very optimistic looking forward.”