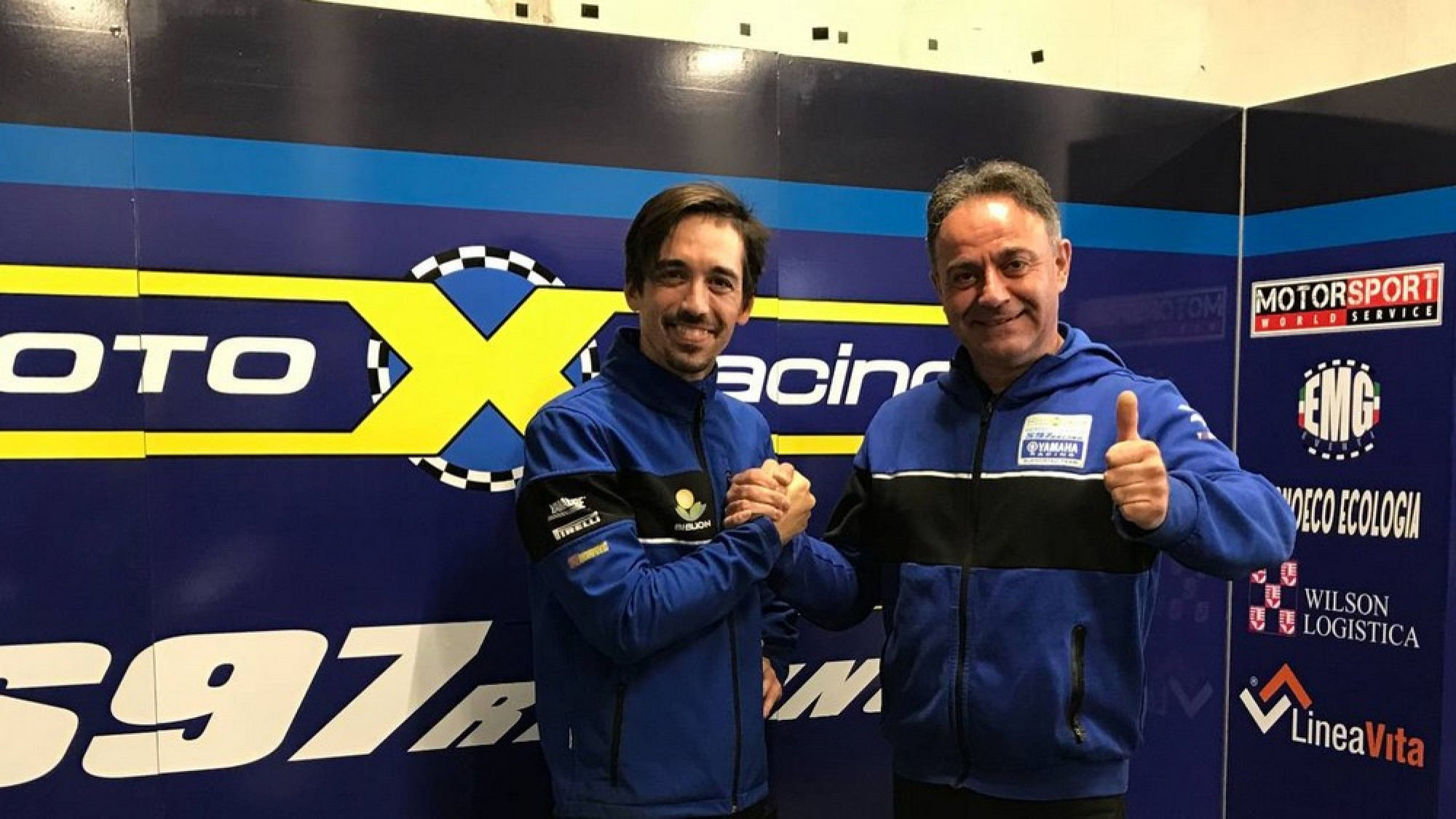 Roberto Tamburini will make his MOTUL FIM Superbike World Championship debut in 2022 after agreeing to race with the Yamaha Motoxracing WorldSBK Team, with the squad also competing in WorldSBK for the first time. The Italian rider has experience competing inside the WorldSBK paddock in both WorldSSP and STK1000 but 2022 will be his first season in WorldSBK.

Tamburini competed in the 125cc World Championship for two seasons in 2006 and 2007, before his first appearance in the WorldSBK paddock in 2009 when he raced in STK600 in two races, securing the fastest lap at Imola. Between 2010 and 2014, the Italian took part in WorldSSP with a best Championship position of ninth, but a switch to STK1000 for 2015 paid off for the 31-year-old.

He finished second in his first season in STK1000 with six podiums and three wins in eight races in 2015, missing out on the title to Lorenzo Savadori by 22 points. 2016 was a trickier year for Tamburini as he finished seventh in the standings with no rostrum visits, although he did claim two pole positions. In 2017, he was back on the podium another three times in the nine-race campaign on his way to finishing fourth; behind 2021 WorldSBK Champion Toprak Razgatlioglu (Pata Yamaha with Brixx WorldSBK), 2017 STK1000 Champion Michael Ruben Rinaldi (Aruba.it Racing – Ducati) and French rider Florian Marino. His final season in STK1000, in 2018, featured six podiums and one win out of eight races as he finished behind Markus Reiterberger.

Tamburini has tested with his team at the Misano World Circuit “Marco Simoncelli” on the 21st-22nd March this year, before another test at the TT Circuit Assen allowing him to work on the setup of his Yamaha YZF-R1 machine as he looks to adapt to WorldSBK machinery. The team will also take to the track at the Dorna Supported Test at MotorLand Aragon, which also hosts the opening round of the season on April 8th-10th.

Discussing his move into WorldSBK, Tamburini said: “I’m very pleased to compete in WorldSBK for the first time and I want to thank Sandro Carusi for this great opportunity. Our initial plans were different, but I’m happy to embark on a season that will no doubt prove challenging, but that I will take on with great motivation. We’ll be up against top-level teams and riders, and so we’ll need to do our very best. This is why I’m working hard to prepare physically too because it won’t be easy with three races over two days. It’s going to be a real challenge, and I’m very excited to get started.”

Sandro Carusi, Team Principal at Motoxracing Yamaha, added: “I’m very pleased and excited to be able to debut in the Superbike World Championship, a goal I’ve had ever since founding the team. Unfortunately, some misunderstandings meant that we had to replace our rider and we’ve chosen Roberto Tamburini, with whom we’ve collaborated for a long time. We’re all highly motivated and keen to do well, so I’m sure we’ll give it our all. I want to thank our sponsors for supporting us and allowing us to embark on this exciting project.”

BE PART OF HISTORY: watch every moment of WorldSBK live in 2022 using the WorldSBK VideoPass!