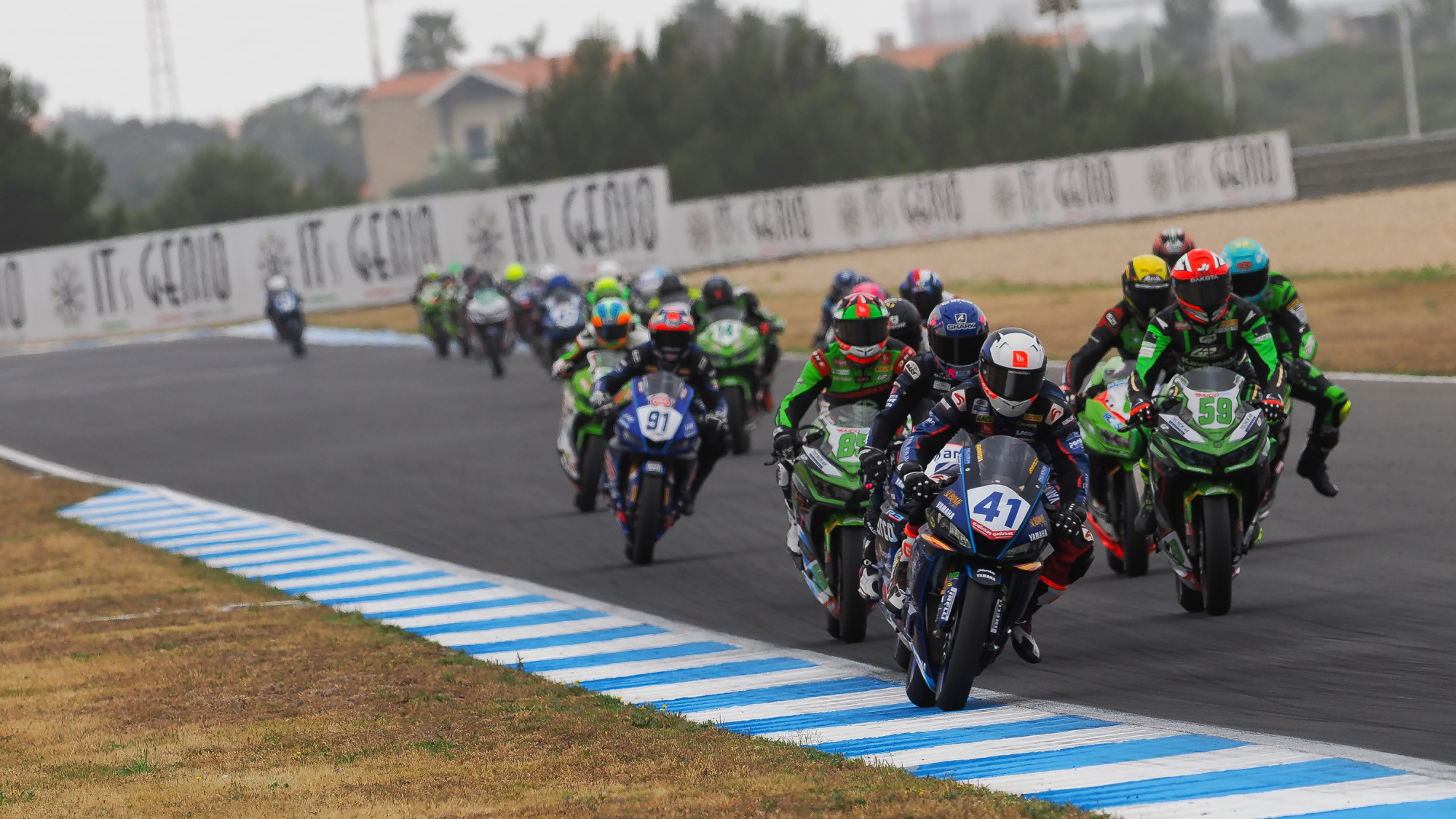 After three incredible rounds to start the 2022 season, WorldSSP300 heads to Italy and the iconic Misano World Circuit “Marco Simoncelli” for round four of the season

The Adriatic Coast in Italy welcomes the FIM Supersport 300 World Championship for the Emilia-Romagna Round at the Misano World Circuit “Marco Simoncelli”, the fourth round of an incredible 2022 season. After history made at Estoril and drama for the title contenders, combined with last year’s last corner drama, who will come out on top and continue or kickstart their title challenge?

THE TITLE BATTLE MOVES ON: a new order in the top three…

After the history-making Estoril Round, there’s a new order in the top three. Marc Garcia (Yamaha MS Racing) still leads the Championship and his best result at Misano came in his title-winning year, 2017, when he finished sixth on a Yamaha. Will the Spaniard be able to beat that result this year? Garcia moved into first place at Estoril, one of two big changes in the top 3, the other coming from Samuel Di Sora (Leader Team Flembbo) after his epic 31st to 1st comeback in Race 2, with the Frenchman overhauling Alvaro Diaz (Arco Motor University Team) in the standings. Di Sora scored a podium at Misano last year while it will be Diaz’s first race at the Italian venue in WorldSSP300.

The riders just behind the lead trio are separated by just nine points with Victor Steeman (MTM Kawasaki) and teammate Yuta Okaya fourth and fifth, with Italian rider Mirko Gennai (Team BrCorse) sixth. Steeman’s best result at Misano is fifth, scored in 2019 when on a KTM, while Okaya took fourth with MTM Kawasaki in Race 1 last year. Gennai is the highest-placed Italian in the standings and, after taking two podiums so far this season, will be searching for his first victory in WorldSSP300; his best result at Misano is sixth from Race 1 in 2021.

AIMING TO MOVE UP: rounding out the top ten in the standings

WorldSSP300 has proven to be as competitive and unpredictable as ever in 2022 and the four riders rounding out the top ten will be aiming to move up the order after the Emilia-Romagna Round. Lennox Lehmann (Freudenberg KTM – Paligo Racing) is seventh in the standings as the sole KTM rider in the field and it will be his first time at Misano. He will be hoping he can beat KTM’s result of fifth which they have scored twice. Lehmann is just ahead of Hugo De Cancellis (Prodina Racing WorldSSP300) in the standings and the Frenchman will be hoping to claim a podium finish as he did at Misano in 2021.

Bruno Ieraci (Prodina Racing WorldSSP3009 lies ninth in the standings and will be hoping to better his best result of eighth at Misano; Race 1 in 2021 is where he scored that result, but it is the only race in three he has competed in at Misano that he has finished. Another rider looking to take their best result is Inigo Iglesias (SMW Racing) with the Spanish rider yet to score points at Misano. After showing strong form throughout the season so far, could Iglesias score a strong result and haul himself up the standings?

Two wildcard riders will race at Misano with Mattia Martella set to make his WorldSSP300 debut at his home venue with Prodina Racing WorldSSP300, with the Italian currently competing in the Italian championship, and one-time race winner Alfonso Coppola (VM Racing Team) returning to the Championship; he will be hoping to add to his one win, seven podiums and three poles on home soil.

Watch every moment from WorldSSP300 in Misano using the WorldSBK VideoPass!