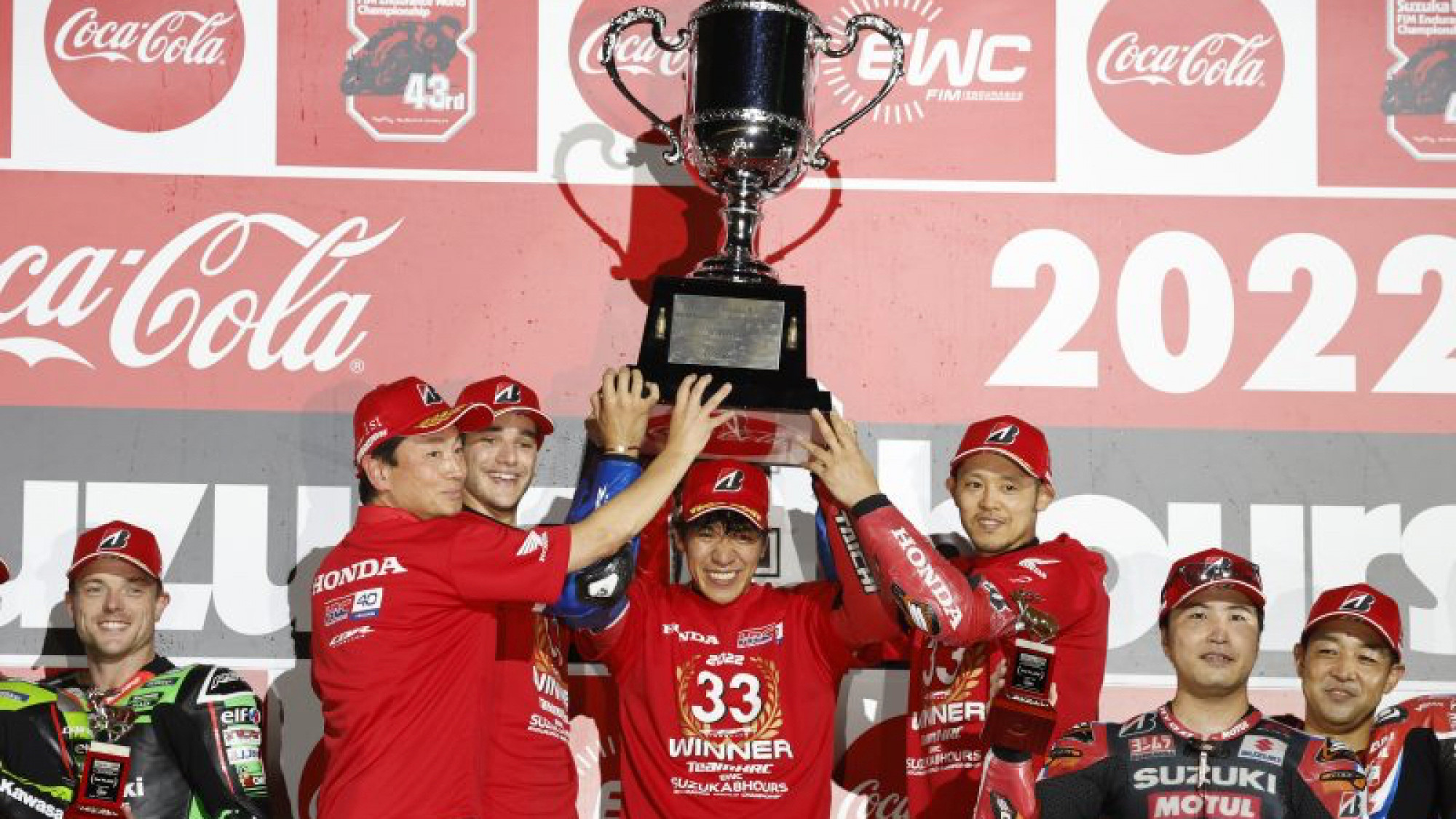 The MOTUL FIM Superbike World Championship’s summer break was delayed by one week for some riders within the paddock, as they took a trip over to Japan to complete in the Suzuka 8 Hours race being held for the first time since 2019. Iker Lecuona (Team HRC) took a debut victory at the iconic race with his Honda team and he was joined on the podium by three WorldSBK stars representing Kawasaki: Jonathan Rea (Kawasaki Racing Team WorldSBK), teammate Alex Lowes and Leon Haslam (TPR Team Pedercini Racing).

Lecuona, in his debut season in WorldSBK, was teamed up with Tetsuta Nagashima and Takumi Takahashi for the iconic Suzuka race and the team claimed pole position thanks to Nagashima’s 2’04.934s. Although the team lost the lead at the start of the race, by Lap 10 out of the eventual 214 completed, they were back in front and went on to claim Honda’s 28th Suzuka 8 Hours victory after lapping the entire field.

Reacting to his first Suzuka win, Lecuona said: “I am really, really, really happy to win my first Suzuka 8 Hours. It felt amazing when Nagashima was met by the chequered flag. Everything has gone well since the Suzuka tests, the bike developed by Honda and Nagashima was superb, and I think I managed to bring out the performance of the bike. I was worried when the safety car entered the track that I would lose the gap our other two riders had built up, but we got through fine. I am grateful to the best team and my teammates. If I have the opportunity next year, I’d like to be back at Suzuka.”

The KRT duo of Rea, Lowes and Haslam finished in second place, but a lap down on the #33 Honda machine. The team were hampered by one safety car appearance which split them from the Honda they were fighting with while there was a small crash by Rea as he looked to lap backmarkers, costing valuable time to Honda but, crucially, able to continue the race. Kawasaki led the race on a couple of occasions throughout the eight-hour race, but both came in the early stages and they were unable to make up the deficit to Honda in the latter stages of the race.

There was also success for a WorldSSP300 star at Suzuka. Yuta Okaya (MTM Kawasaki) was competing for the Kawasaki Plaza Racing Team in the Suzuka 8 Hours and finished 13th overall in the race, but claimed the class win in the Superstock class on home soil. The team led the class battle on four occasions, and after they claimed it on Lap 31 were unstoppable as they completed 205 laps on their way to victory in the Superstock class.