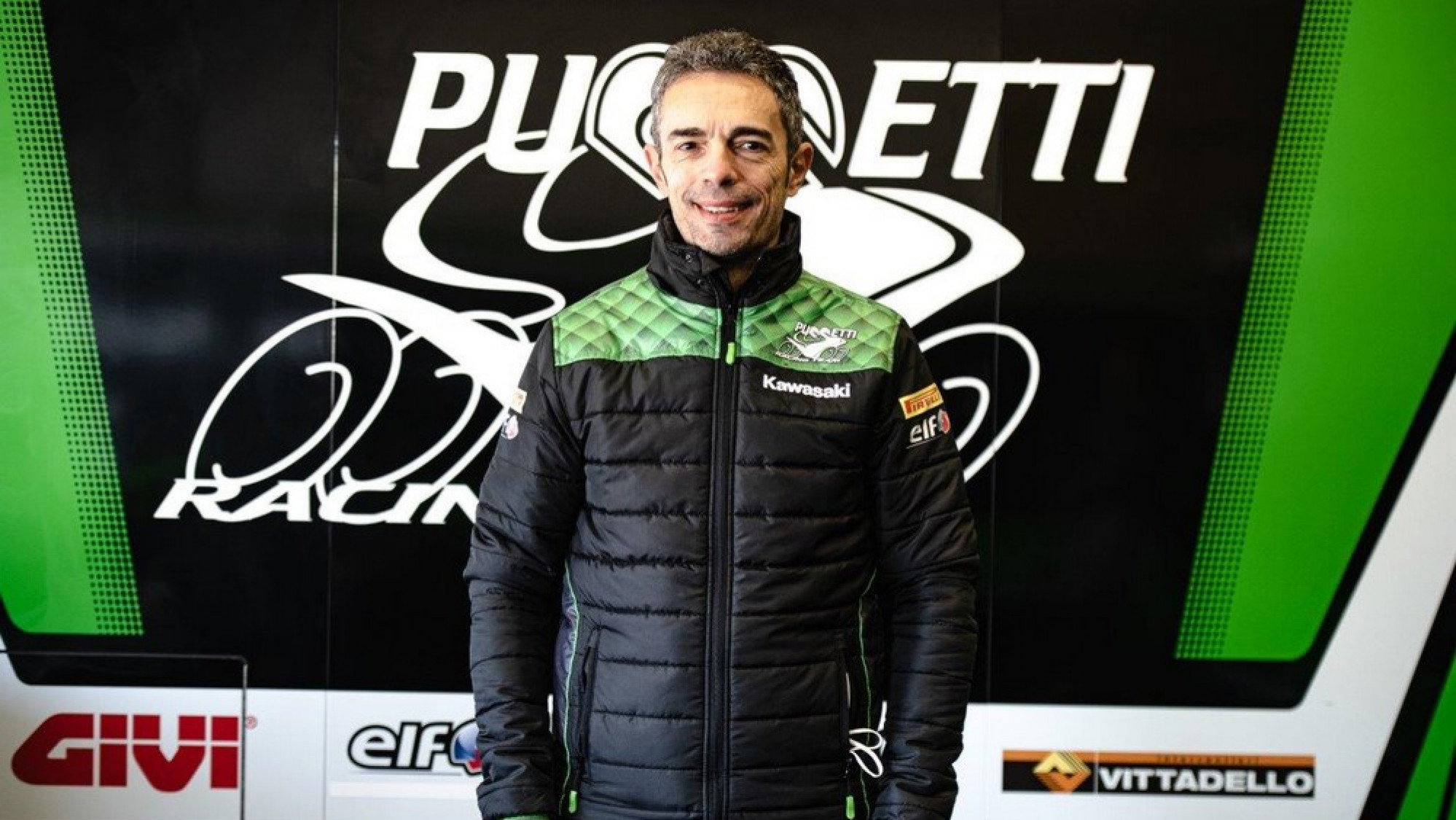 Caprara will take up the role of Team Manager in both WorldSBK and WorldSSP teams for Manuel Puccetti’s outfit, while the team is looking to expand to two riders in 2023

A new face will be present in the garage of the Kawasaki Puccetti Racing outfit in the MOTUL FIM Superbike World Championship with the arrival of Pietro Caprara as the squad’s Team Manager for the 2022 camapign, overseeing both the WorldSBK and WorldSSP teams. Caprara brings almost three decades of experience with him to the squad from his time in the MotoGP™ paddock in various rules with different teams, as well as latterly working as a crew chief.

Caprara was present at the Circuito de Jerez – Angel Nieto recently when the team tested at the Spanish venue as WorldSBK rider Lucas Mahias and WorldSSP duo Can Öncü and Yari Montella gear up for the 2022 season. Caprara’s new role within the team will mean he oversees both projects as the team searches for the best possible results.

Caprara’s international motorcycling career began in 1996 after graduating with a Mechanical Engineering degree, with Kenny Roberts’ outfit in the 500cc World Championship. Since then, he has worked across MotoGP™, Moto2™ and Moto3™ in various guises, including as a crew chief in the VR46 Racing Team and for Aprilia Racing, supporting riders such as Aleix Espargaro and Bradley Smith.

Discussing his switch to Puccetti Racing, Caprara said: “This new experience is an honour and a pleasure for me. We’ll start by aligning and exploiting Kawasaki Puccetti Racing’s human resources, optimising and highlighting the value of its individual members so as to share a common vision for growth and the achievement of increasingly important goals. I will be the Team Manager of both squads, tasked with coordinating the crew chiefs and supporting their work, and defining the project’s goals and vision. My first experience was at the Jerez tests in January, where I had initial contact with the team. I have a lot of faith in the Supersport rider package, with Can Öncü and Yari Montella, as well as that of Superbike with Lucas Mahias, and we’ll do all we can to support them, for a season as frontrunners.”

“We’re honoured that Pietro Caprara is now part of our team,” said Manuel Puccetti. “He is undoubtedly a key figure on the international motorcycle racing landscape. Pietro is a highly esteemed technician with more than 25 years of experience in world championships, alongside riders who have won across all categories. I was very keen to introduce a new Team Manager who can take my place with a view to developing our team, both technically and professionally. I will be able to focus on management and the search for new sponsors, so as to financially support our ambitious projects which, for 2023, will see us double up on our Superbike riders. A challenging and far from easy goal, but I will work hard to achieve it, as we continue to strive to grow.”