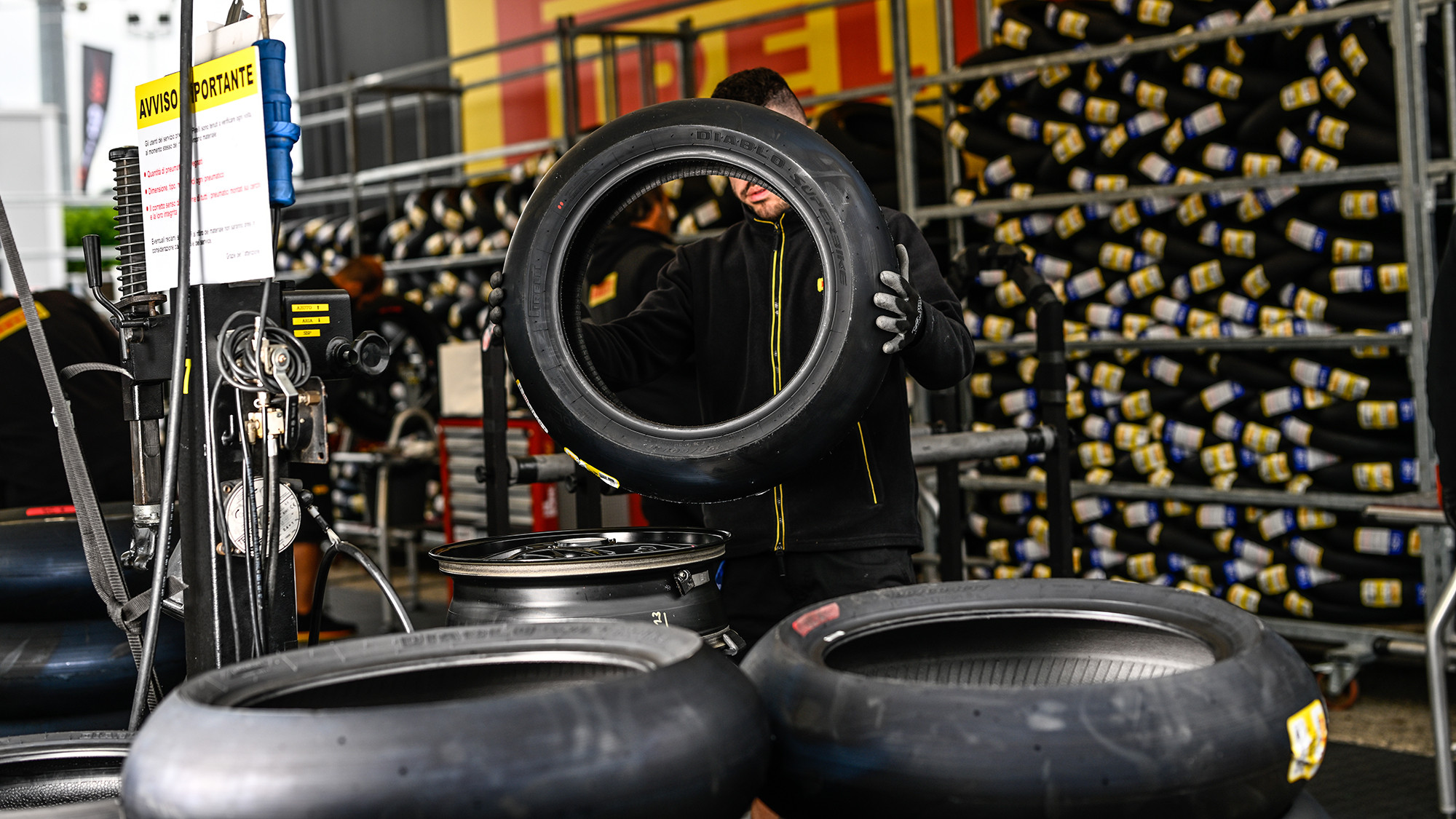 WorldSBK’s tyre supplier, Pirelli, have opted not to bring the SCQ tyre to the Czech Republic while the SCX tyre can only be used in Superpole and the Superpole Race…

One of the key talking points heading into the Prosecco DOC Czech Round was the tyre allocation from supplier Pirelli, with their new-for-2022 SCQ tyre not made available at all for the MOTUL FIM Superbike World Championship visit to the Autodrom Most. The Italian tyre manufacturer have brought two SC0 compounds for the Czech Round as well as the SCX tyre, with limitations on when that can be used.

Explaining Pirelli’s process for the tyre allocation at Most, Pirelli’s Motorsport Director, Giorgio Barbier, said during Free Practice 1: “The thing is we raced for the first time here last year. Track conditions were not so good, the track was in difficult conditions and the temperatures rose a lot on the left side. On the right side, especially with low temperatures, we saw a lot of graining due to the situation. Knowing that they will improve a lot the track condition, resurfacing some of the track and putting some new asphalt on, the surface of the track becomes faster. What I saw this morning was very aggressive in terms of tarmac. That means we didn’t bring the SCX for the long races because of this. This is the reason why we wouldn’t like to use the SCX in the long race. High temperatures and a lot of wear. That means the SCQ would just make a lap time and nothing else, and not the Superpole Race. We prefer to move the SCX to the Superpole and Superpole Race knowing it can do it and keep the SC0 and a new development SC0 for the long races.”

For Race 1 and Race 2, which will take place over 22 laps, riders will have two SC0 compounds to choose from. The standard SC0 tyre, which was used to claim podium finishes by Alvaro Bautista (Aruba.it Racing – Ducati) at Assen in Race 1 and Jonathan Rea (Kawasaki Racing Team WorldSBK) in Race 1 at Estoril, is joined by a new development tyre. Riders were able to try both tyres out on Friday at Most and gave their thoughts on the allocation.

Championship leader Bautista said: “The tyre selection is not clear. Nothing is clear because we found some positives and some negatives in each tyre. We have to check everything and, together with the bike, the way to go for the rest of the weekend. I think everybody’s in a very similar situation, so it won’t be easy for tomorrow or Sunday. The most important thing is to manage the tyres. Normally I can use the SCX tyre and I have no problem for the races. For sure, I feel a big improvement with the feeling of the bike. Now with the SC0, it’s more difficult for us. We have to try to manage and get the maximum.”

Six-time Champion Rea discussed the tyre allocation, and he said: “In an ideal world, if we didn’t have so many testing items, I would’ve tried the SCX tyre because that’s also important for us. It’s not an option for both long races but it is still an option for the 10-lap race. We focused on just the standard SC0 option and then the new prototype SC0, which is a different construction. It has a little bit of a different feeling. I backed to backed that in the morning. The new option feels a little bit better; I think it’s the same for everybody. I think the tyre choice is very clear for the long races, just for the Superpole Race I guess it’ll be SCX because those tyres always bring you a little bit more potential and, with 10 laps, should be no problem.”

Reigning Champion Toprak Razgatlioglu (Pata Yamaha with Brixx WorldSBK) added: “We are just focused on the race setup. We use in the race the SC0 tyre, everyone uses the SC0 tyre. We are just focused on working on the bike, and now we are happy, and we are ready. For Superpole, we can use the SCX tyre, but I think this is enough for a good lap time.”

Watch the 2022 Czech Round unfold in style using the WorldSBK VideoPass!