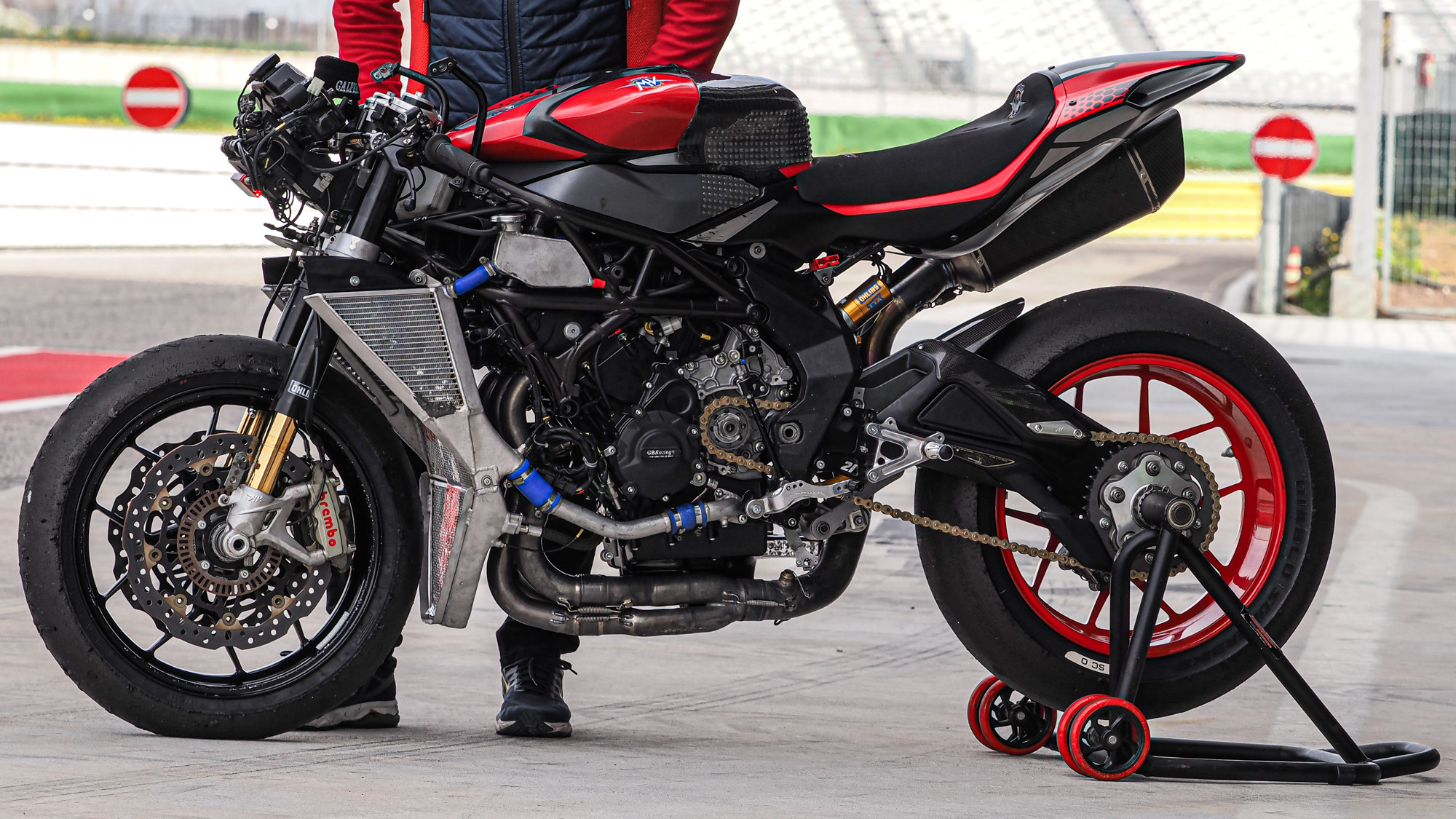 FIM WorldSBK Technical Director Scott Smart debriefs the new rules and explains the process for the ‘Next Generation’ motorcycles, whilst also saying more manufacturers could join in the future

The 2022 FIM Supersport World Championship will see an era-defining change as the doors are flung open to a wider range of motorcycles and thus a wider range of manufacturers. FIM WorldSBK Technical Director Scott Smart has been key in working out this masterplan and he explains everything from the planning for this moment, how all five manufacturers can compete equally, the process behind the performance-balancing and what we can expect in the future.

How long has the Supersport ‘Next Generation’ been in the making?

“A few years ago, we moved to control electronics, as we had this plan and concept in mind even a few seasons ago. By having the control electronics, it’s giving each manufacturer and team the same opportunity to tune engine braking, engine performance and how the bike feels for the riders. This then give us the power to use something that we’d already built into the back of the software, to control the power of the bikes. It’s been an interesting project, two and a half years in the making and a lot of sleepless nights, but I think the proof is going to be in the pudding!”

How have you made sure that all five manufacturers can be competitive, even with varying engines?

“We’ve customised regulations per manufacturer. On a Triumph, they – the manufacturer - can make some modifications to the engine, for Ducati, it’s almost a standard engine with no modifications at all apart from details for racing reliability, and MV Agusta, they can’t change anything apart from reliability related parts too. So, there’s a couple of goals: we needed the engines to meet our targeted amount of horsepower or exceed it, we needed it done cheaply and we needed the engines to be reliable, so that a team can invest in two or three engines for the season. Before with WorldSSP bikes, because they were so highly tuned, they stood a much higher risk of breaking and at the end of the year, after using all five engines, all five are worn out!. We’re now potentially able to use two engines per year, as they’re not at the limit of performance, so they’ll be much more reliable. So, we get more safety and cheaper running costs.”

What exactly goes on behind-the-scenes? How is the performance-balancing carried out?

“Using the electronics, we’ve put all of the engines on a dyno, so we don’t use an algorithm but instead, a performance model. We’ve created software with Dorna and Mectronik that’s allowed us to effectively model the straight-line performance and acceleration of the bikes. With this, we’ve considered the coefficient of drag, so the aerodynamics of the bike; the inertia of the engine, so how heavy the bits inside the engine are and how hard it is to make them spin; how heavy the wheels are and various other things such as how much the bike wants to wheelie.

“The main part that we’ve measured precisely, after over a month of work on the dyno, is exactly how much torque the engine has at every single RPM and throttle position. We take the Yamaha R6 and the ZX-6R as our reference as we know how they can perform and we basically limit, or modify the power at different RPM ranges of the ‘Next Generation’ bikes, so that they match that performance index.”

What are hard minimums and soft maximums and why are they implemented?

“The reason we have a hard minimum weight means we won’t ever let the bike alone go under that weight, because to do that, you start using very expensive materials. Thin fairings, reduced handlebar protection, reduced component strength and that would have a high cost. Aluminium or titanium fasteners, every part would be very light and therefore leading to a very expensive but also very fragile motorcycle. That’s why we set a hard minimum.”

“A soft maximum is because we believe there’s a limit for the ballast and  that you shouldn’t really be putting more than a certain amount on the bike. If they’ve exceeded the soft maximum but haven’t met the rider and bike minimum weight limit, we just accept that the rider is very small. However, you start to find a disadvantage with a smaller rider because they’re unable to move their weight around for grip and might not be so strong to manoeuvre the bike, so there’s a balance. A tiny rider is good for a small bike, but a Supersport bike is still powerful, so you do need a bit of strength.

So, what’s the outcome of all this for each ‘Next Generation’ manufacturer?

Effectively, we don’t allow an MV Agusta with an 800cc engine to be at full throttle for the entire rev range. It is limited to, more or less, 80% of the throttle all the time. Same with the Ducati, that’s in the 80% region and the Triumph reaches around 95% throttle in some places. By using electronics, we can reduce the power output. You’ve got a lesser-tuned bigger engine running at the same performance output as a 600cc. Therefore, they can all go out on the track together.”

Have you tested this model in practice?

“We had our first race event with this for the Daytona 200 and it was very balanced, giving one of the closest finishes Daytona’s had for many years. You couldn’t visually separate their performance; the way we’ve been checking on the track is a team of us that have quite detailed data-logging systems that record and send back information from an enormous number of parameters from the ECU, so we can understand exactly the performance of the bikes on the track.

“Our work has been done with theoretical performance with data and calculations, but Daytona was good for us because even with all the testing in the world, a race with riders going as hard as they can, gives the best set of data for performance reference. That validated our model; our performance model, in the real world, matched where we’ve made changes in limitations. We came away from the last couple of tests and Daytona very happy.

Will other domestic championships follow this pathway and if so, what does it mean?

“Over the next two seasons pretty much, we’re going to see five or six national championships all aligned completely with the same regulations, which is better for everyone. It means riders can move around, they can make wildcards with the bike they race on in their home Championship and it makes it easier for the manufacturers to make the kits and the parts needed for racing. So, everyone’s a winner! BSB partnered with us last season to debut the concept and already this season the Italian, Spanish and USA championship have already debuted the bikes. There are several more series that plan to run even this year.

Looking to the future, will we see more manufacturers come into WorldSSP?

“We’re in open discussion with a couple of manufacturers, and this was the goal. We’ve opened up WorldSSP to a wider range of bikes and therefore a wider range of manufacturers, with the flexibility to use engines that aren’t just a four-cylinder 600cc. We’ve opened the door and we have ongoing discussions with several manufacturers, so there’s the chance that in possibly five years, we could be looking at three extra manufacturers in WorldSSP. Even in two years, I’m hoping that we’ll see the introduction of one more brand. It’s not necessarily the brands that most people think either!”

Watch the excitement from the World Supersport season with the WorldSBK VideoPass!