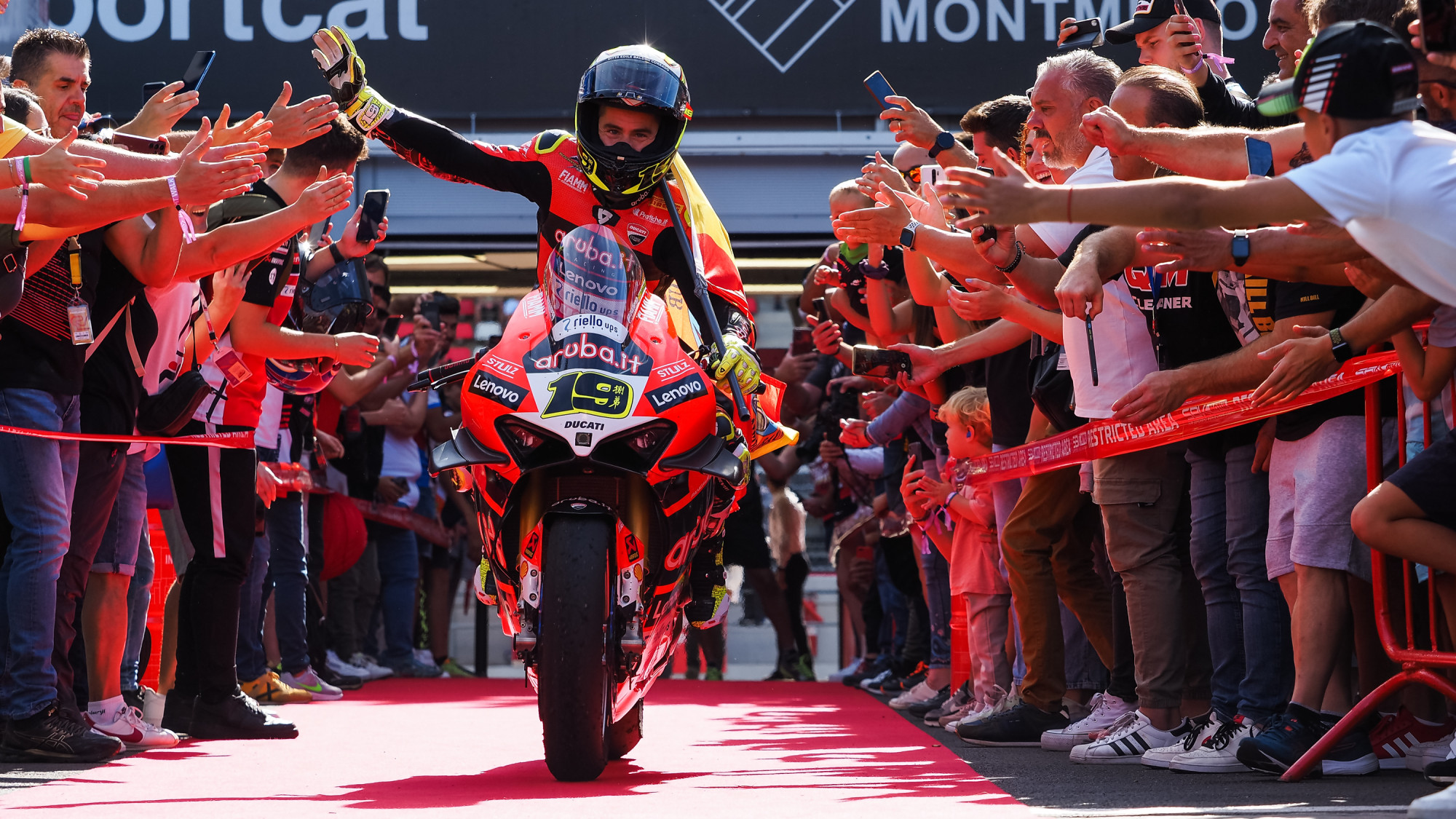 The Tissot Superpole Race for the MOTUL FIM Superbike World Championship had a familiar start to Race 1 but a very different feel at the Circuit de Barcelona-Catalunya for the Catalunya Round as Alvaro Bautista (Aruba.it Racing – Ducati) claimed his second win on home soil. It means Bautista will line up from first for Race 2 at 14:00 Local Time (GMT+2) after he, once again, got a lightning start on the grid as the lights went out.

TWO FROM TWO: Bautista on top in the Superpole Race

Bautista started the 10-lap race from fifth place but, like in Race 1 yesterday, got a lightning start to move into the lead before Turn 1. From there, he was able to stretch his gap throughout the race to claim victory by more than a second ahead of Jonathan Rea (Kawasaki Racing Team WorldSBK) in second and Alex Lowes (Kawasaki Racing Team WorldSBK). Lowes was running in second until Turn 1 on the final lap when his teammate overtook him to move ahead and limit Bautista’s gain in the Championship standings. Bautista claimed his 26th career win and the tenth of 2022 for the Spanish rider, with Rea taking his 233rd career podium while teammate Lowes moved on to 31 podiums and his first since Donington Park Race 1.

FIGHTING BACK: battling through the field

Despite a poor start and dropping down to tenth, Toprak Razgatlioglu (Pata Yamaha with Brixx WorldSBK) claimed fourth spot after a battle with Michael Ruben Rinaldi (Aruba.it Racing – Ducati), with the reigning Champion passing Rinaldi at Turn 1 at the start of Lap 5 with a move up the inside. They will be joined by Philipp Oettl (Team Goeleven) on the second row after the German rookie took a career-best sixth place; Oettl was one of only two riders to use Pirelli’s “SCQ” front tyre, a development solution that could only be used in the Tissot Superpole session and Superpole Race.

A TIGHT BATTLE FOR THE FINAL THIRD ROW START: decided by just 0.026s

Xavi Vierge (Team HRC) moved up the field to claim seventh place to take a third-row start for Race 2, with two BMW riders joining him on the third row. Scott Redding (BMW Motorrad WorldSBK Team) will line up from eighth after taking that position in the Superpole Race ahead of Loris Baz (Bonovo Action BMW) in ninth. Baz had a scrap with Race 1 podium finisher Garrett Gerloff (GYTR GRT Yamaha WorldSBK) in the closing stages of the race, with the pair often swapping positions, but Baz was able to hold on by just 0.026s to take a third row start in Race 2.

There was drama for riders who started inside the front two rows on the opening lap. Iker Lecuona (Team HRC) and Andrea Locatelli (Pata Yamaha with Brixx WorldSBK) had an incident at Turn 10, with Lecuona retiring from the race and Locatelli re-joining in last place. Lecuona will therefore start Race 2 from tenth place, with Locatelli in 11th. Michael van der Mark (BMW Motorrad WorldSBK Team) was a retirement from the race after a Turn 7 crash on Lap 8. The Dutchman had to serve a Long Lap Penalty in the race for irresponsible riding following a collision with Luca Bernardi (BARNI Spark Racing Team) in Race 1. 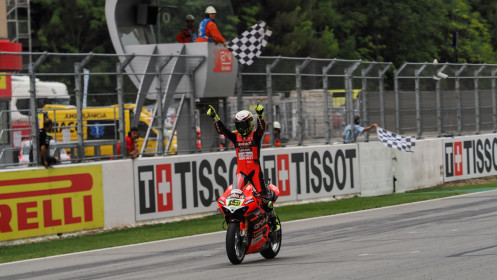