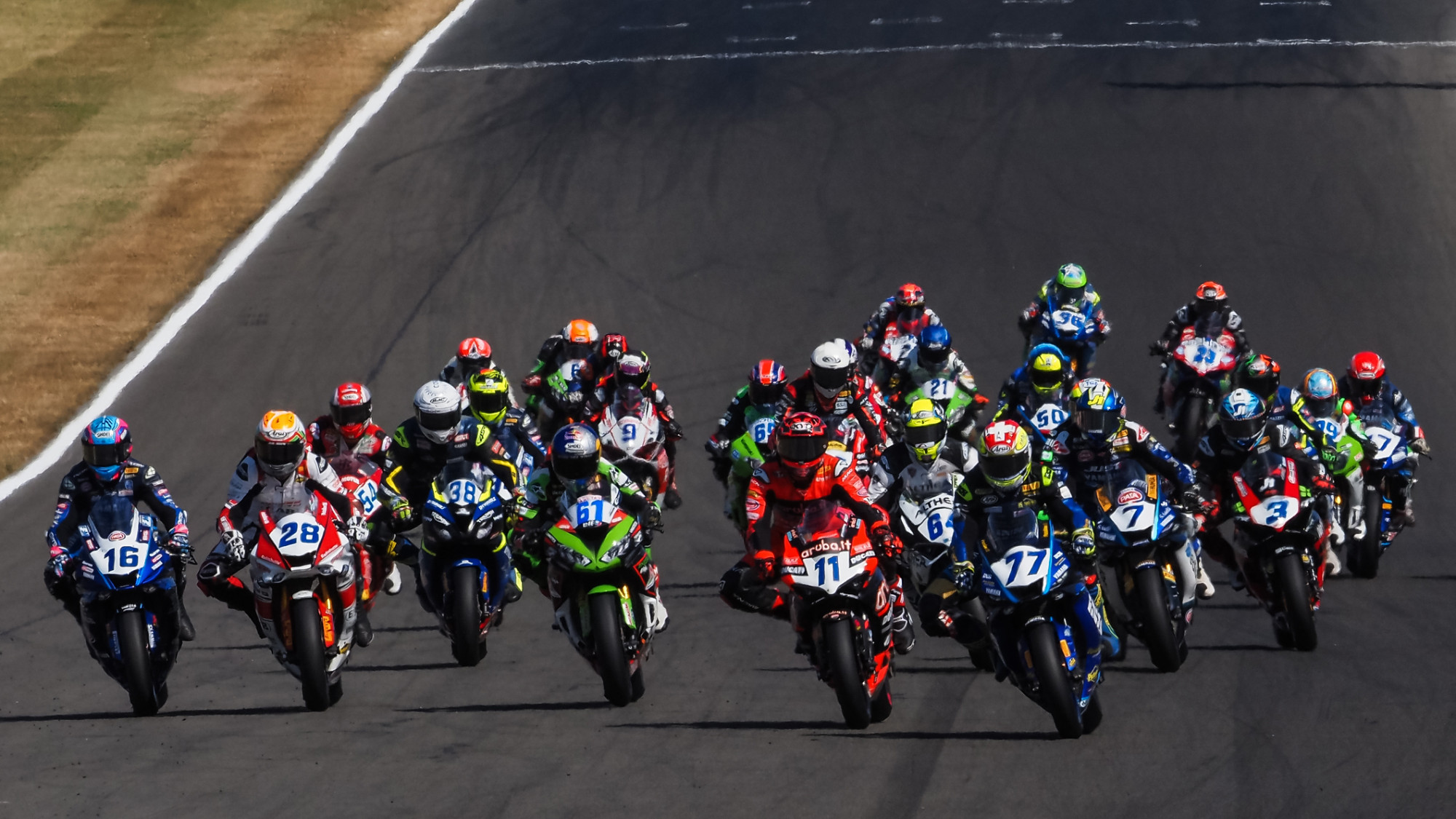 As the FIM Supersport World Championship heads to the Czech Republic for the 2022 Prosecco DOC Czech Round, there is plenty to celebrate for the Championship as it reaches a huge milestone. Race 1 at the Autodrom Most is set to be the 300th race in WorldSSP history but it also could be a historic milestone for reigning Champion Dominique Aegerter (Ten Kate Racing Yamaha) in the same race.

HISTORY ON THE CARDS: Aegerter aims for ten consecutive victories

The reigning Champion is on a win streak of nine victories which puts him level with 2020 Champion Andrea Locatelli, which was the longest winning streak in WorldSSP history. Victory for Aegerter in Race 1 at Most will put him clear of Locatelli’s record and he will become the first rider to take ten consecutive wins in the class. The Swiss rider claimed one victory at Most in 2021 but found his winning streak from last year ended in Race 1 when he finished fourth, with Steven Odendaal, who raced for Evan Bros. WorldSSP Yamaha Team, claiming victory. Will the rider competing for that team now, Lorenzo Baldassarri, be able to prevent Aegerter writing more history? Or could Nicolo Bulega (Aruba.it Racing WorldSSP Team) take his and Ducati’s first win of the 2022 season?

TUULI RETURNS: the Finn is back in action

After a crash at Estoril which meant Niki Tuuli (MV Agusta Reparto Corse) had to undergo surgery and have three toes amputated, he will return to action at the Autodrom Most. Tuuli did get back on a bike earlier in July to begin his training but will race for the first time since Estoril on his MV Agusta F3 800 RR machine. In the 2021 Czech Round, Tuuli claimed two top-ten finishes for MV Agusta.

CHASING PODIUMS: looking for a rostrum visit at Most

Several riders will be looking for a podium finish in the Czech Republic to either continue their strong form or bounce back from difficulties at Donington Park. Can Oncu (Kawasaki Puccetti Racing) currently sits fourth in the standings but has not had a podium since Race 2 at Assen, whilst Glenn van Straalen (EAB Racing Team) hasn’t been on the podium since Race 1 there; the Dutchman aiming to bounce back from two Donington DNFs. Yari Montella (Kawasaki Puccetti Racing) is looking for a first podium and, after two fourth place finishes in 2022, will be hoping that comes at Most.

Stefano Manzi (Dynavolt Triumph) produced another sensational comeback at Donington and the rookie will be hoping that he, along with teammate Hannes Soomer, can fight for Triumph’s first podium since 2012 whilst Ducati duo Federico Caricasulo (Althea Racing) and Raffaele De Rosa (Orelac Racing VerdNatura WorldSSP) set their sights on the podium; Caricasulo aiming for his first of 2022 and De Rosa hoping to add to his Donington Race 1 rostrum.

After suffering injuries in a crash at Donington Park, Jules Cluzel (GMT94 Yamaha) will miss the Czech Round and will be replaced by Valentin Debise, at the circuit where the Frenchman made his first appearance of 2021 at and recorded a seventh-place finish. At D34G Racing, Isaac Vinales once again replaces Filippo Fuligni after his points-scoring outing at Donington Park. In terms of wildcards, Patrik Homola (Motoriders) will make his WorldSSP debut on home soil in the Czech Republic.

Get the Official Programme for FREE here and watch the round unfold with the WorldSBK VideoPass!