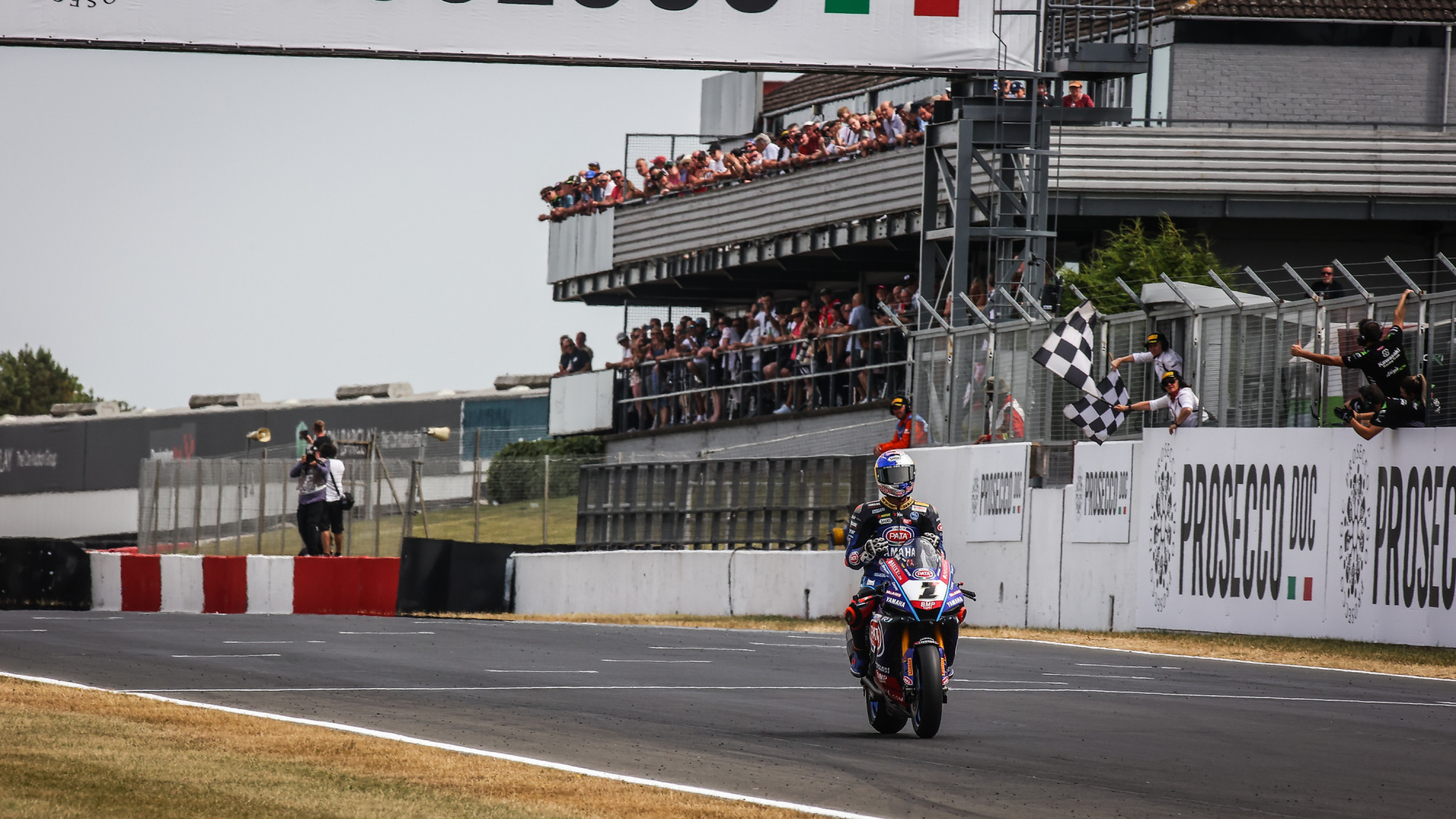 It was an inseparable duo at the front of the MOTUL FIM Superbike World Championship field in Race 2 at Donington Park but Toprak Razgatlioglu (Pata Yamaha with Brixx WorldSBK) was able to hold on after consistent challenges from Jonathan Rea (Kawasaki Racing Team WorldSBK) to take his first hat-trick in WorldSBK during the Prosecco DOC UK Round.

NOSE TO TAIL: Razgatlioglu and Rea cannot be separated

Like in the previous two races of the weekend, Razgatlioglu led into Turn 1 but, unlike Race 1 and the Tissot Superpole Race, he was unable to escape from his rivals as Rea stuck with him throughout the race usually within just a couple of tenths of a second. On Lap 3, Rea initially got past into Turn 9 but Razgatlioglu responded immediately into Turn 11 with the same happening again on Lap 6 after Razgatlioglu was a bit offline through the Foggy Esses.

At the start of Lap 14, Razgatlioglu was able to start opening up the gap to Rea after resisting 13 laps of constant pressure from the six-time Champion, with the pair often alongside each other on the run down to the Foggy Esses. The pair were able to drop Alvaro Bautista (Aruba.it Racing – Ducati), with the Spanish rider taking his first podium of the weekend, although Bautista was able to attack Rea in the closing stages of the race, with Bautista passing Rea on Lap 19 at Turn 11 to move into second place with Ulsterman Rea finishing in third place.

The results mean all three riders in the 2022 title fight have now taken a WorldSBK hat-trick in their career, with Razgatlioglu the latest to join the exclusive club following his three wins. Razgatlioglu has now taken 22 WorldSBK wins in his career and 66 podiums while Yamaha now sit on 99 wins. Bautista’s second place gave him his 40th WorldSBK podium while Ducati now have 999 podium placements in the Championship, with Rea moving on to 228 podiums in his career.

Michael Ruben Rinaldi (Aruba.it Racing – Ducati) claimed fourth place at Donington Park and, for the lap after his teammate overtook Rea, looked like he would be able to challenge the six-time Champion for the podium spot but the gap stabilised at 1.2 seconds. Scott Redding (BMW Motorrad WorldSBK Team) concluded a very strong weekend with fifth place, with Redding leaving his home round with a third, fourth and fifth-place finish. He was ahead of Alex Lowes (Kawasaki Racing Team WorldSBK) in sixth, with Lowes and Redding seemingly inseparable throughout the three races as they often battled on track.

Axel Bassani (Motocorsa Racing) was once again the lead Independent rider, repeating his Race 1 feat, as he secured yet another top-seven finish, his tenth in the first 15 races of the season. The Italian finished ahead of compatriot Andrea Locatelli (Pata Yamaha with Brixx WorldSBK) in eighth place, with Italian more than seven seconds clear of an incredible fight for ninth place. Loris Baz (Bonovo Action BMW) took home ninth place after a battle with four other riders for ninth place, passing Iker Lecuona (Team HRC) in the latter stages of the race.

Lecuona had to fend off a late challenge from American rider Garrett Gerloff (GYTR GRT Yamaha WorldSBK Team) with the Spanish rider coming out on top by just 0.084s; Lecuona remains the only rider to have scored top ten finishes in every race this season. Gerloff was just half-a-second clear of rookie Philipp Oettl (Team Goeleven) in 12th with Lecuona’s Honda teammate Xavi Vierge less than a second back from Oettl. Tarran Mackenzie (McAMS Yamaha) completed then points-paying positions with 15th place, the wildcard fighting his way up for field after being given a five-place grid penalty for irresponsible riding following a crash with Vierge in the Superpole Race.

Ukrainian rider Illia Mykhalchyk (BMW Motorrad WorldSBK Team) was the first retirement of the race after he had a Lap 3 crash at Turn 7. Leon Haslam (TPR Team Pedercini Racing) retired from the race when he brought his bike into the pitlane on Lap 8 of 23. Eugene Laverty (Bonovo Action BMW) was the final retirement after he came out of the race in the closing stages of the race.

WorldSBK heads to the Czech Republic and the Autodrom Most next: watch it all using the WorldSBK VideoPass! 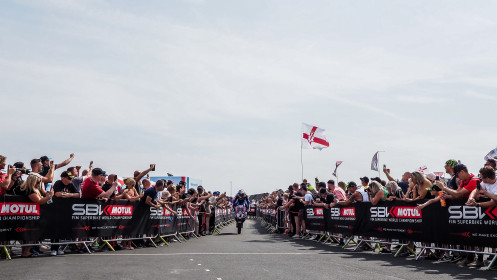 After getting the jump on the opening lap, Razgatlioglu held on to take his second win of the weekend 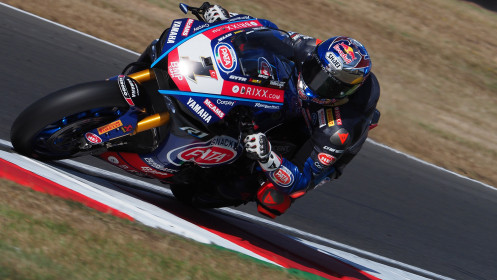 The reigning Champion went fastest with his last lap of the 15-minute session to top the first action on Sunday at Donington, top three separated by a tenth 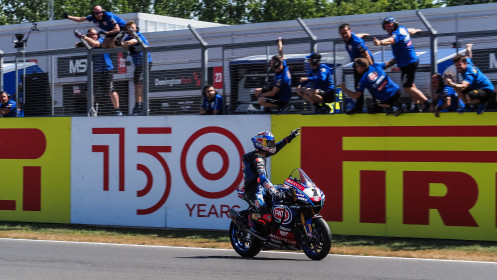 Starting from third on the grid, Razgatlioglu was able to claim his first full-length race win of the 2022 season while Kawasaki claimed their 500th WorldSBK podium