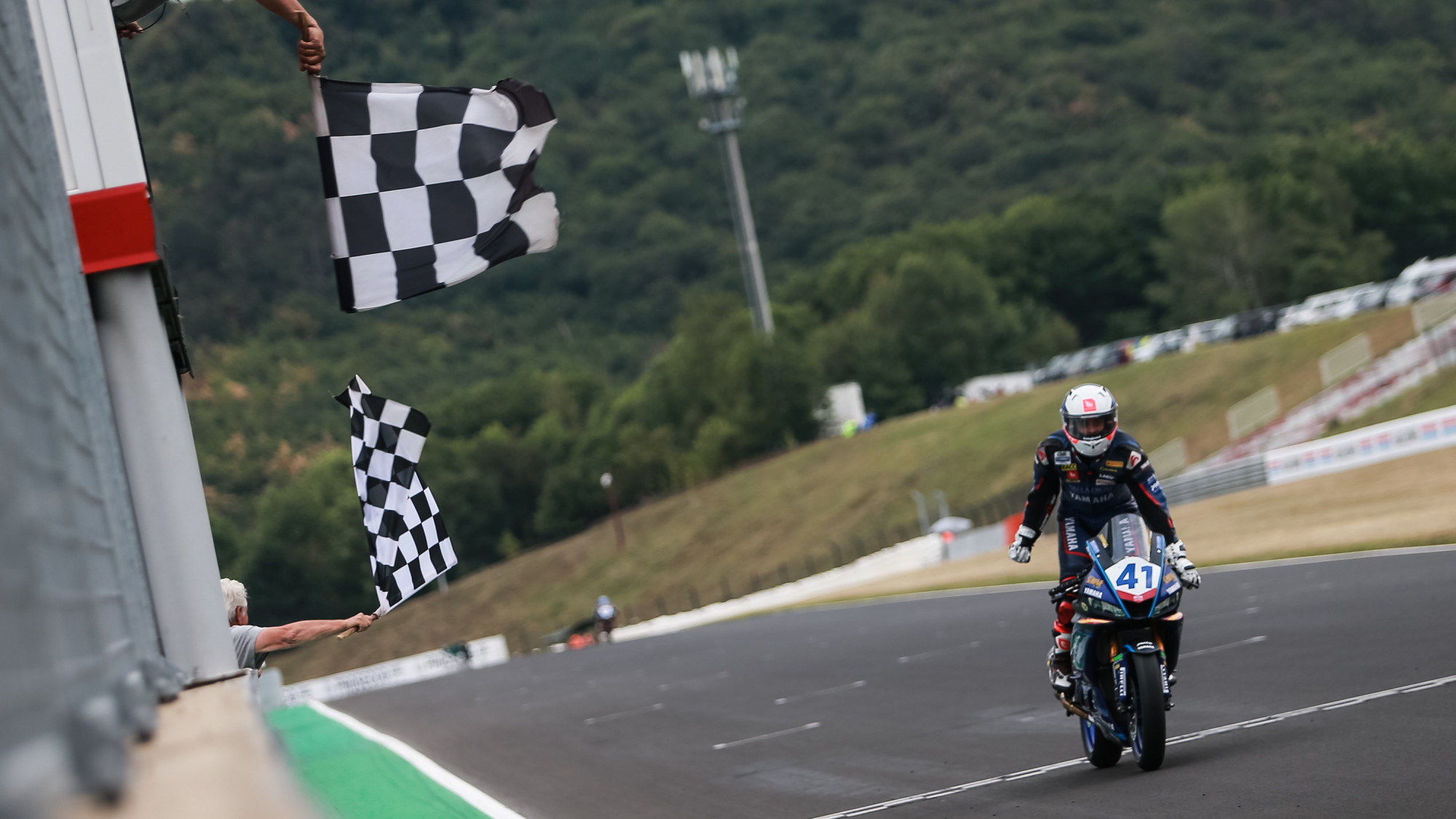 Race 1 for the FIM Supersport 300 World Championship was held in difficult conditions with rain falling but most riders opting to use slick tyres, and it was 2017 Champion Marc Garcia (Yamaha MS Racing) who dominated the race at the Autodrom Most for the Prosecco DOC Czech Round as he won by more than ten seconds. With rain falling prior to the start of the race, the race was declared wet meaning the race distance was reduced from 14 to 12 laps for the WorldSSP300 field.

UNSTOPPABLE GARCIA: a commanding win for the 2017 Champion

After fighting his way up from 11th on the grid, Garcia was able to gap the chasing group and was, at one point, lapping around two seconds quicker than that group as he extended his lead to 10.984s. Taking his third win of the 2022 season, Garcia closed the gap in the Championship. Garcia’s victory puts him level with Ana Carrasco and Jeffrey Buis on seven wins, the all-time record in WorldSSP300, as he claimed Spain’s 30th win in the class. Garcia will be joined on the podium by French rider Huge De Cancellis (Prodina Racing WorldSSP300), who took the sixth podium of his career and Alvaro Diaz (Arco Motor University Team), with Diaz battling back like Garcia to claim a podium spot; the seventh of his career.

STRONG RESULTS AND INCREDIBLE COMEBACKS: just missing out on a podium

Humberto Maier (AD78 Team Brasil by MS Racing) started from the front row and converted that into fourth place, at the line but was then demoted two places for irresponsible riding, being classified in sixth place, exactly 11 seconds back from Garcia, for the best result of his WorldSSP300 career. Maier’s penalty therefore promoted Daniel Mogeda (Team#109 Kawasaki) to fourth, the best result of his WorldSSP300, with Matteo Vannucci (AG Motorsport Italia Yamaha) battling from the back of the grid to finish in fifth place; Vannucci able to continue the theme of incredible fightbacks in WorldSSP300 races in 2022.

ROUNDING OUT THE TOP TEN: heading into Sunday with a strong result in the bag

Australian rider Harry Khouri (Team#109 Kawasaki) took his best result in WorldSSP300 as he finished in seventh place, missing out on a podium place by just three tenths at the end of the 12 lap race. Iker Garcia Abella (Yamaha MS Racing) was another who took their best result in Race 1 at the Autodrom Most as he claimed eighth spot, the first time the 2021 Yamaha R3 Cup winner has finished in the top ten this season. Troy Alberto (Fusport-RT Motorsports by SKM-Kawasaki), like Abella, secured his first top ten finish as he finished in ninth spot, and he had a 20-second margin to Jose Luis Perez Gonzales (Accolade Smrz Racing) who rounded out the top ten; the Spanish rider returning from injury at the Autodrom Most.

German rider Lennox Lehmann (Freudenberg KTM – Paligo Racing) took 11th place after fighting through the field from 17th on the grid, finishing less than a tenth away from Perez Gonzales in 11th, but he also had a big margin to the riders behind him. It was an eventful race for Yeray Saiz Marquez (Accolade Smrz Racing) who started from the back of the grid, fought his way into the points-scoring positions in the opening laps before having to serve a double Long Lap Penalty for a jump start. Despite all this, he finished in 12th place and scored points.

He was just over a second clear of Samuel Di Sora (Leader Team Flembbo), one of a few riders to risk Pirelli’s wet-weather tyres, with the Championship contender finishing in 13th place. Mirko Gennai (Team BrCorse) claimed 14th spot with Victor Steeman (MTM Kawasaki), another who started on wet-weather tyres, rounded out the points-paying positions as he came home in 15th place.

HOUSEKEEPING: to note from WorldSSP300 Race 1

At the start of Lap 2, wildcard Petr Svoboda (Accolade Smrz Racing) lost the front of his Kawasaki Ninja 400 and collected polesitter Kevin Sabatucci (Kawasaki GP Project) at Turn 1, while Dirk Geiger (Fusport-RT Motorsports by SKM-Kawasaki) was also involved. Geiger and Sabatucci were unable to rejoin the race, while Svoboda did.  Alex Millan (SMW Racing) crashed at Turn 6 on Lap 4, taking him out of contention for a strong result. Gabriele Mastroluca (ProGP Racing) also retired from the race. Ton Kawakami (AD78 Team Brasil by MS Racing) crashed out of the race on Lap 11 at Turn 8 after a highside.

Indy Offer (Team BrCorse) was given a double Long Lap Penalty for a jump start, with Marquez already having to battle back from the back of the grid. After the Tissot Superpole session Sylvain Markarian (Leader Team Flembbo) was declared unfit and did not take part in the race.

Watch Sunday’s action at the Autodrom Most from 09:00 Local Time (GMT+2) using the WorldSBK VideoPass! 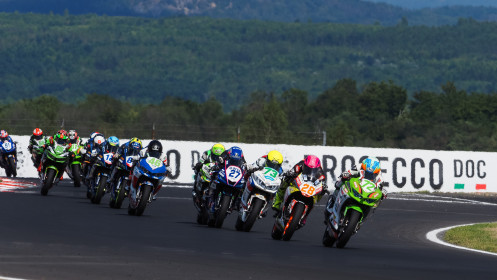 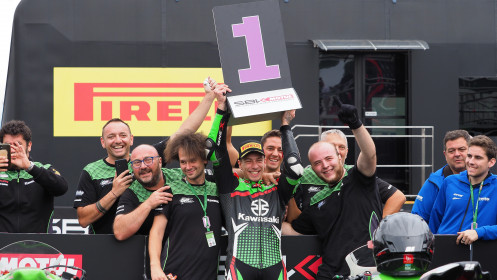 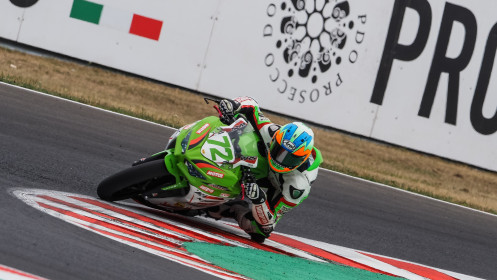