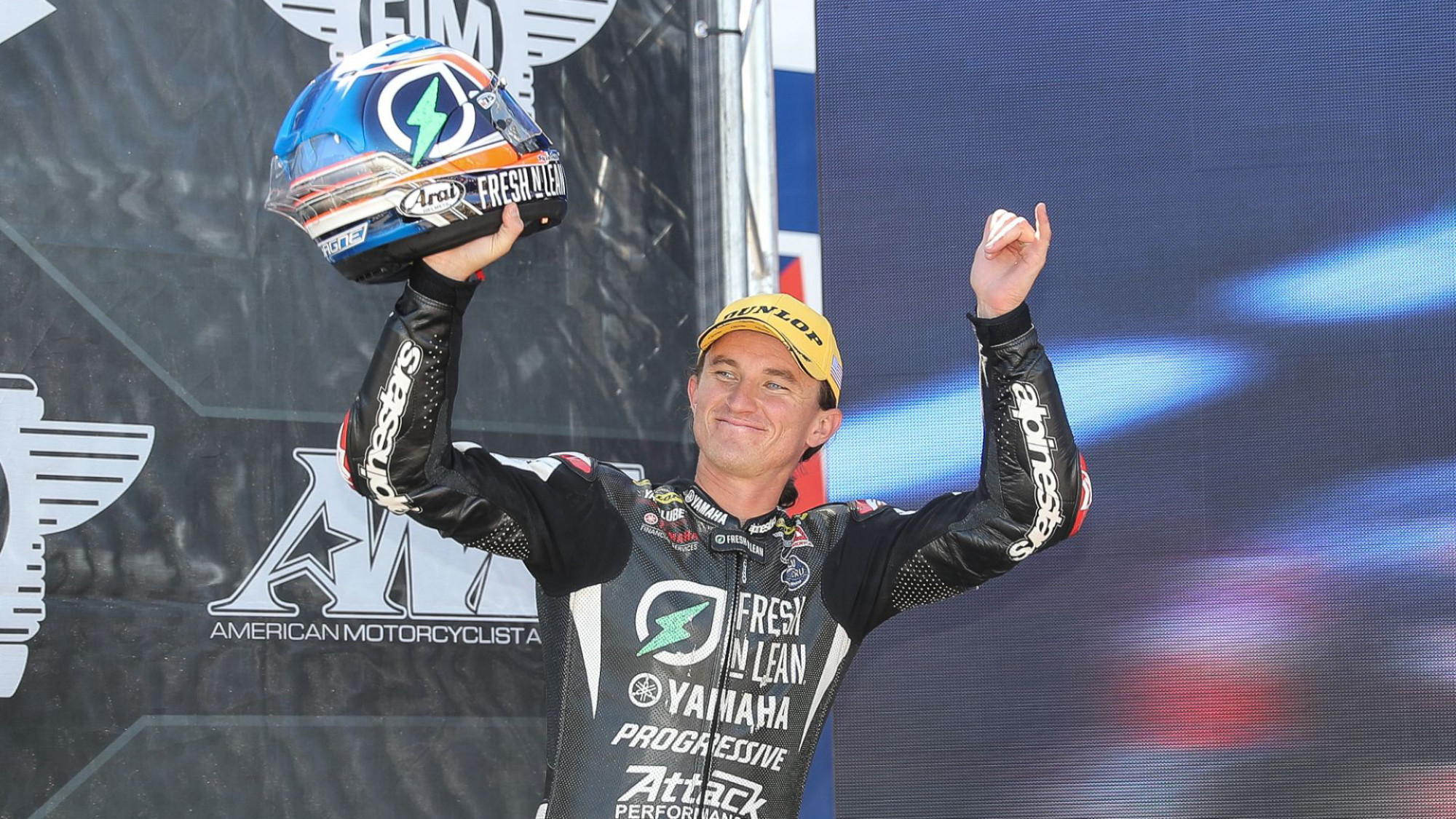 The reigning MotoAmerica champion will wildcard in Portugal later in the year with his team from the USA, an intriguing prospect

Jake Gagne will make a return to the MOTUL FIM Superbike World Championship this season with a wildcard at the Autodromo do Algarve Internacional and the Portuguese Round later in the season. The American, who is reigning MotoAmerica champion on the Fresh N Lean Progressive Yamaha Racing machine, prepared by Attack Performance, was previously in WorldSBK back in 2018 aboard the Red Bull Ten Kate Honda but struggled with the package, only managing four top ten finishes in the season. However, with a competitive package underneath him at Portimao and one he’s familiar with, Gagne has a big opportunity on the world stage again.

So far, the reigning champion in America has been battling hard with Danilo Petrucci, a rookie in MotoAmerica, and currently sits second with eighth wins and nine podiums. He was dominant on his way to the crown in 2021, winning all but two races and with over 100 points advantage to his next rival, Matthew Scholtz. With 25 wins across the last 34 races, Gagne is the form rider in MotoAmerica and with plenty of seats still to be confirmed for 2023 – including the GYTR GRT Yamaha WorldSBK Team – it’s a chance for Gagne to put his name in the WorldSBK silly season hat.

Talking about his return in a wildcard capacity, Gagne said: ““I’m really excited for the opportunity to line up on the World Superbike grid. Portimao is a really cool track; it’s awesome to be going back, and I look forward to the challenge. I couldn’t ask for a better team and motorcycle, so we’ll go over and do the best we can and enjoy the process!”

Richard Stanboli, Attack Performance team manager, shared Gagne’s excitement: “Jake and the team are very excited to be invited to race in WorldSBK at Portimao. Our plan is to wrap up the MotoAmerica Superbike championship at Barber and then ship our bikes to Portugal. For sure it will be challenging, but when we have done a wild card entry in the past, whether it was World Superbike or MotoGP, we learned a lot and improved as a team. Fortunately, Jake has World Superbike experience at Portimao, and we will receive some technical assistance from our partners at Yamaha Europe. I would also like to thank Pirelli for the assistance and technical support they will bring to this effort. Our goal is to put on a good show and make our fans proud.”

Andrea Dosoli, Yamaha Motor Europe Road Racing Manager, is delighted to be welcoming Gagne and the Attack Performance team to the WorldSBK paddock: “We are looking forward to welcoming Jake back to the World Superbike paddock. After an amazing season in 2021, he’s once again fighting for the title this year, confirming his high level of performance. We are always looking to give riders who have been successful in their national series the opportunity to race on the world stage. After we had the winner of the British Superbike championship, Tarran Mackenzie, wildcard at Donington Park, we’re glad that the reigning MotoAmerica Superbike champion will be able to join us at Portimao. We know that it won’t be an easy challenge, but we are ready to support him during the event and wish him and the Attack Performance team all the best for the weekend.”

Watch the rest of the 2022 season in style with the WorldSBK VideoPass!