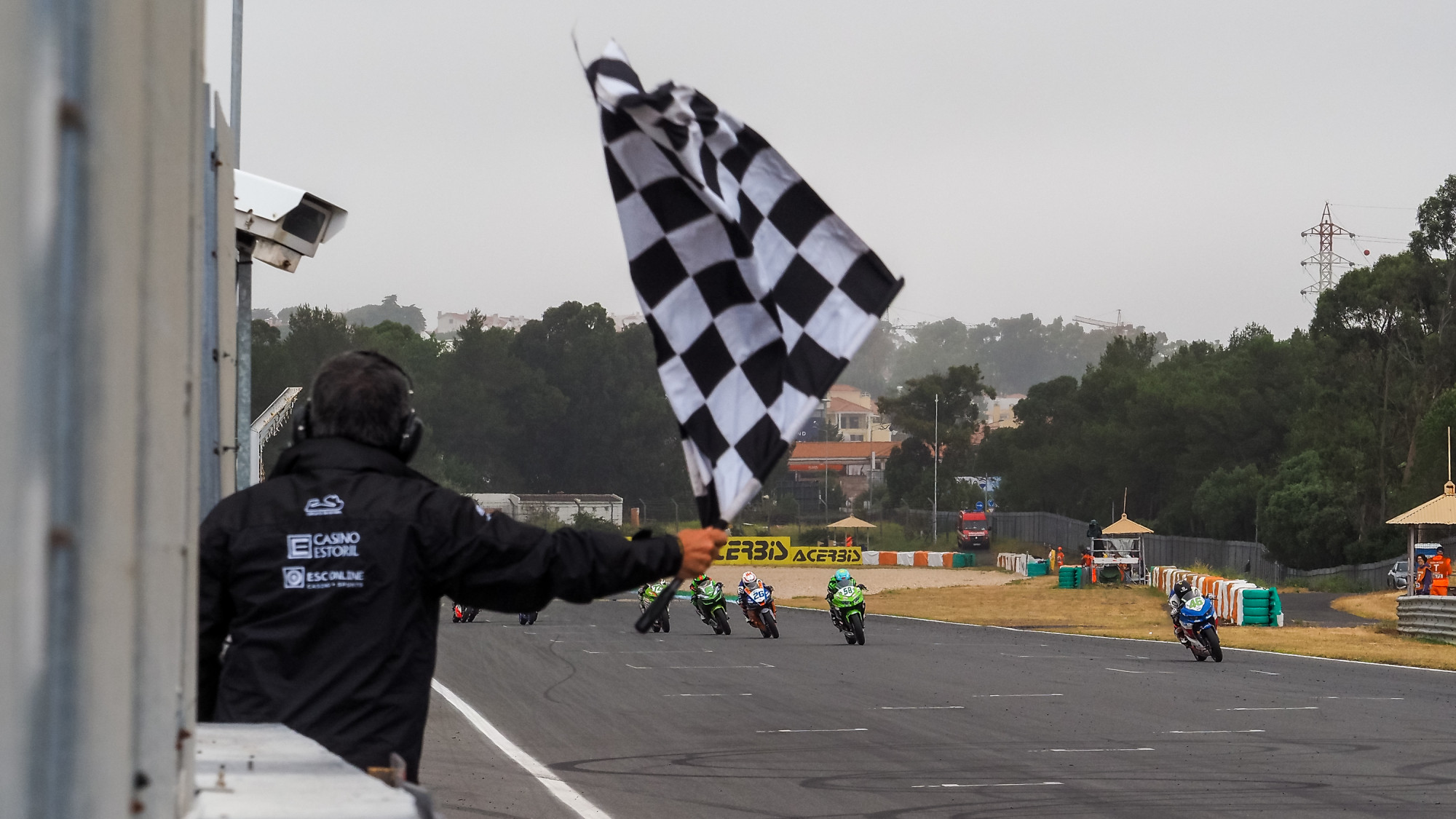 The final race of the Estoril Round in the FIM Supersport 300 World Championship featured an epic comeback from 31st on the grid as Samuel Di Sora (Leader Team Flembbo) claimed his second career victory during the Estoril Round at the Circuito Estoril, winning by three tenths ahead of his nearest rivals as he made history in Portugal.

DI SORA BATTLES BACK: from 31st to the top step…

Ahead of Race 2 getting underway, both Leader Team Flembbo riders, Di Sora and Sylvain Markarian, were forced to start from the back of the grid due to tyre pressure infringements but Frenchman Di Sora did not let this stop him claiming his second win and tenth podium as he set a record in WorldSSP300 for the lowest starting position to win a race. Progress was swift for Di Sora after he gained 23 positions in the first two-and-a-half laps which put him in the lead group.

Behind Di Sora, Inigo Iglesias (SMW Racing) claimed second place for his fourth podium in the class as he looks to kickstart his campaign after a difficult start to the 2022 season. He was joined by Mirko Gennai (Team BrCorse) in third place as the Italian climbed on the podium for the second time in his career, and the second of his 2022 season.

JUST MISSING OUT: so close to a podium

Kevin Sabatucci (Kawasaki GP Project) missed out on a podium by just 0.089s after a strong day for the Italian rider with Sabatucci taking his best result of the season so far, finishing ahead of Marc Garcia (Yamaha MS Racing) in fifth. Garcia had crossed the line in sixth place but was promoted one place when Victor Steeman (MTM Kawasaki) was demoted one place for exceeding track limits on the final lap; demoting the Dutchman to sixth behind the 2017 Champion.

POINTS FROM RACE 2: completing the top 15

Humberto Maier (AD78 Team Brasil by MS Racing) battled his way up the order to claim 11th place, just ahead of Lennox Lehmann (Freudenberg KTM – Paligo Racing); Lehmann unable to continue his 2022 tradition of fighting back into the top ten. Alessandro Zanca (Kawasaki GP Project) was classified in 13th place after he received a one-place penalty for exceeding track limits on the final lap; having initially crossed the line 12th.

Matteo Vannucci (AG Motorsport Italia Yamaha) was 14th after battling towards the front of the field in the opening stages of the 12-lap race before dropping down the order with Spanish rider Alex Millan (SMW Racing) rounding out the points-paying positions with 15th. In a show of how competitive the WorldSSP300 field is, all 15 riders who took home points were within three seconds of race winner Di Sora.

Gabriele Mastroluca (ProGP Racing) missed out on a point on the run to the line, finishing 0.013s behind Millan, with stand-in rider Petr Svoboda (Accolade Smrz Racing) four tenths back in 17th place. Troy Alberto (Fusport – RT Motorsports by SKM – Kawasaki) was 18th ahead of Iker Garcia Abella (Yamaha MS Racing) and wildcard Tomas Alonso (Quaresma Racing Team) who rounded out the top 20.

TO NOTE: news from WorldSSP300 Race 2

Bruno Ieraci (Prodina Racing WorldSSP300) retired from the race after a Lap 1 crash involving Alvaro Diaz (Arco Motor University Team) at Turn 6, with Diaz able to re-join the race and finishing in 26th place. The incident was placed under investigation by the FIM WorldSBK Stewards. Harry Khouri (Fusport – RT Motorsports by SKM – Kawasaki) was also a retirement from the race, while Fenton Seabright (Vinales Racing Team) and Enzo Valentim Garcia (AD78 Team Brasil by MS Racing) had separate incidents at Turn 10 on Lap 6; with Brazilian Valentim Garcia taken to the medical centre for a check-up following the crash. Marco Gaggi (Vinales Racing Team) was penalised with a drop of one position after a last-lap track limits infringement, demoting him from 23rd to 24th in the classification. 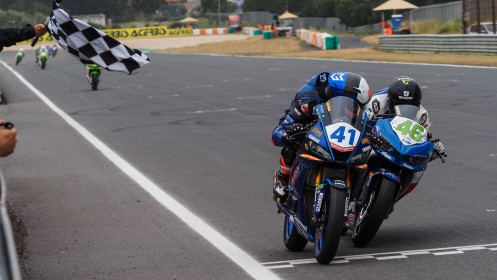 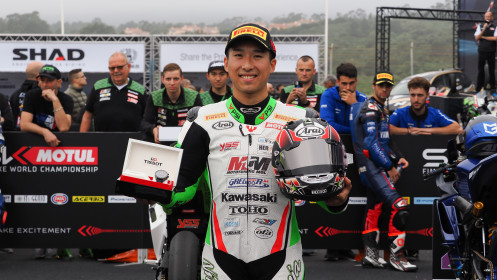 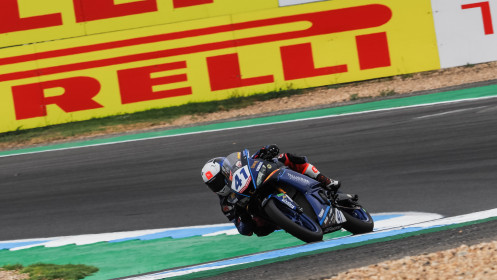