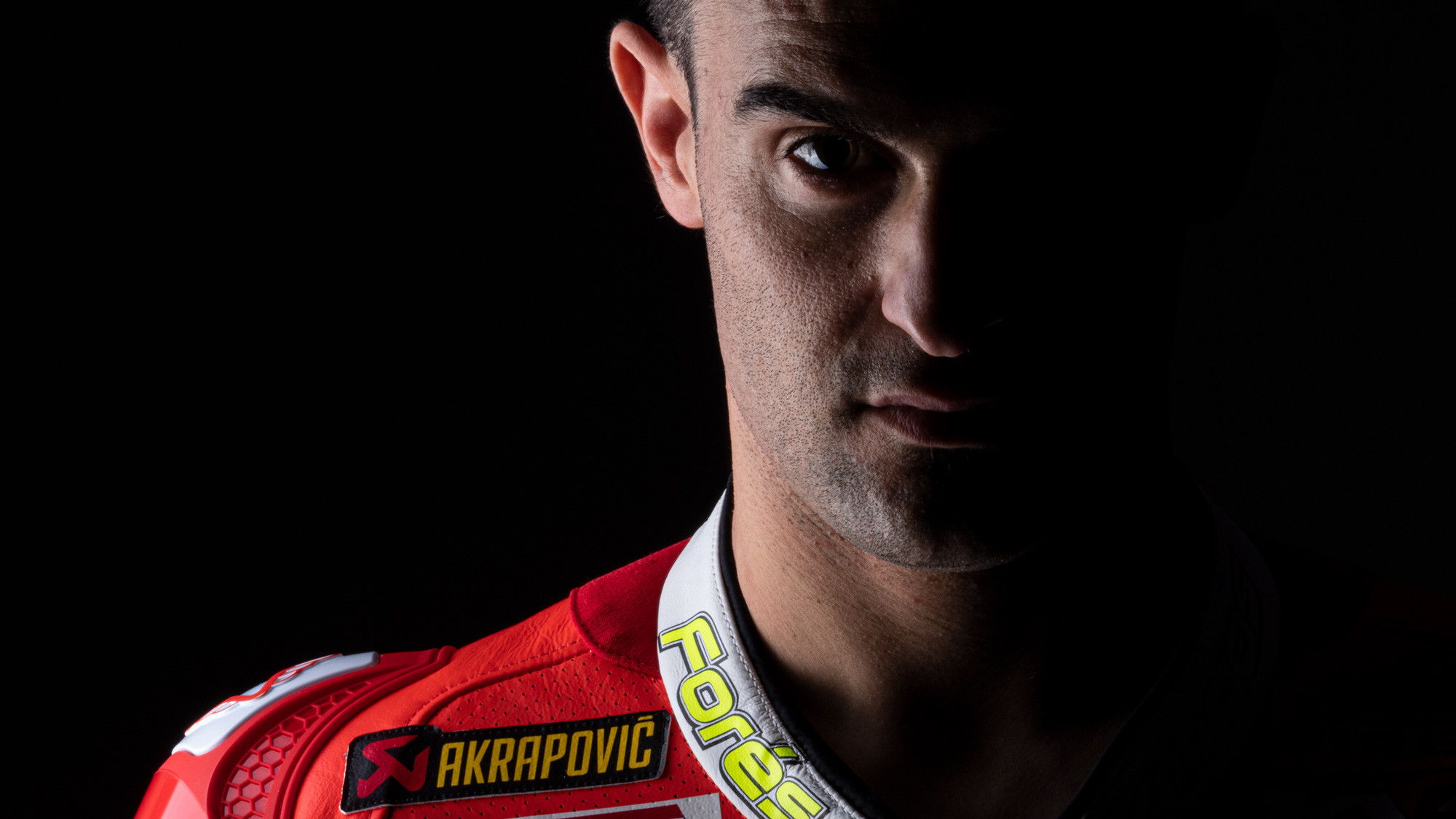 Xavi Fores will see out the 2022 campaign in WorldSBK on a Ducati Panigale V4 R in place of Luca Bernardi, who will finish the season with CM Racing in WorldSSP

As the flyaway events begin in the MOTUL FIM Superbike World Championship paddock, there will be a bit of a shake-up on both the WorldSBK and WorldSSP grids from the Motul Argentinean Round onwards. Xavi Fores will return to WorldSBK for the BARNI Spark Racing Team for the final three rounds of the season in place of Luca Bernardi who, in turn, will finish the campaign at CM Racing in WorldSSP with the Sammarinese rider replacing Maximilian Kofler on the Ducati Panigale V2. The line-ups remain the same for the upcoming Pirelli Portuguese Round but there will be a change for the first flyaway race of the season, held in Argentina.

FORES IN FROM ARGENTINA: a return to WorldSBK

37-year-old Fores stepped in at short notice for Team Goeleven earlier this season and scored points in all three races, taking 11th in Race 1, ninth in the Tissot Superpole Race and tenth in Race 2. His last full-time competition was in 2020, for Kawasaki Puccetti Racing, when he took a best result of eighth on four occasions and was consistently fighting for points; his points-scoring ride in his last race gave Kawasaki the manufacturers’ Championship. Between 2016 and 2018, the Spanish rider competed with Barni Ducati and took six podiums for the team, including five in 2018. Fores made his WorldSBK debut in 2011, taking part in six races, before more part-time campaigns until 2016. Prior to that, the Spaniard competed in STK1000 in 2009 and also had three full seasons on WorldSSP action to his name. He will now return to the same team for the final three rounds of the 2022 season in place of Luca Bernardi.

Team Principal at the BARNI Spark Racing Team, Marco Barnabo, added: “It has been a difficult decision, but I think we’ve made the right choice, for the team and for Luca too. I put my faith in him at the start of the season, despite his back injury in 2021, because I believe in his qualities but after eight rounds, unfortunately, the results have failed to meet with expectation. Having also supported him during the surgery to remove his spinal implant, I believe that the best solution is for Luca to continue his growth in Supersport, and I have taken action to ensure that this can happen. We collaborate with team CM for the development of the Panigale V2 and they needed a rider who can exploit the bike’s potential. Why choose Xavi? He already knows our team and the Panigale V4 R, and he’s shown to be strong with this bike in Endurance.”

BERNARDI RETURNS TO WorldSSP: a place at CM Racing beckons

Bernardi will see out the 2022 campaign on Ducati machinery, as he returns to WorldSSP and CM Racing on their Ducati Panigale V2. Bernardi entered his rookie WorldSBK campaign on the back of a strong WorldSSP showing in 2020, which was curtailed by a back injury sustained at Magny-Cours last year. Despite missing the second part of the season, Bernardi finished ninth in the Championship and earned a place on the WorldSBK grid with Barni Ducati. The 21-year-old has a best result of tenth, in Race 2 at the Autodrom Most this season. In WorldSSP last year, with the same team but with Yamaha machinery, Bernardi took five podiums and one pole position in seven rounds and took a top-seven result in all but one race where he took the chequered flag. He will return to the same outfit, albeit with a different bike, to see out the remainder of the season from Argentina onwards.

Team principal of CM Racing, Alessio Cavaliere, commented on Bernardi returning to the team: "First of all I would like to emphasize how difficult the decision was to end the collaboration with Max: the whole team has given its best since the beginning of the season, with the aim of giving him all the means to shine, but unfortunately the results have not lived up to our common expectations. Now we have one last round to do together, with the hope of ending this adventure on a high note. In the meantime, I wish him, on behalf of the whole CM Racing Team, a bright future, because he deserves it. As far as Luca is concerned, we are obviously very happy to welcome him back to the team, as last year we had an excellent understanding both on and off the track. We know his potential, confirmed by the results, so we can't wait to get to work.”

Watch the 2022 Pirelli Portuguese Round in style using the WorldSBK VideoPass!