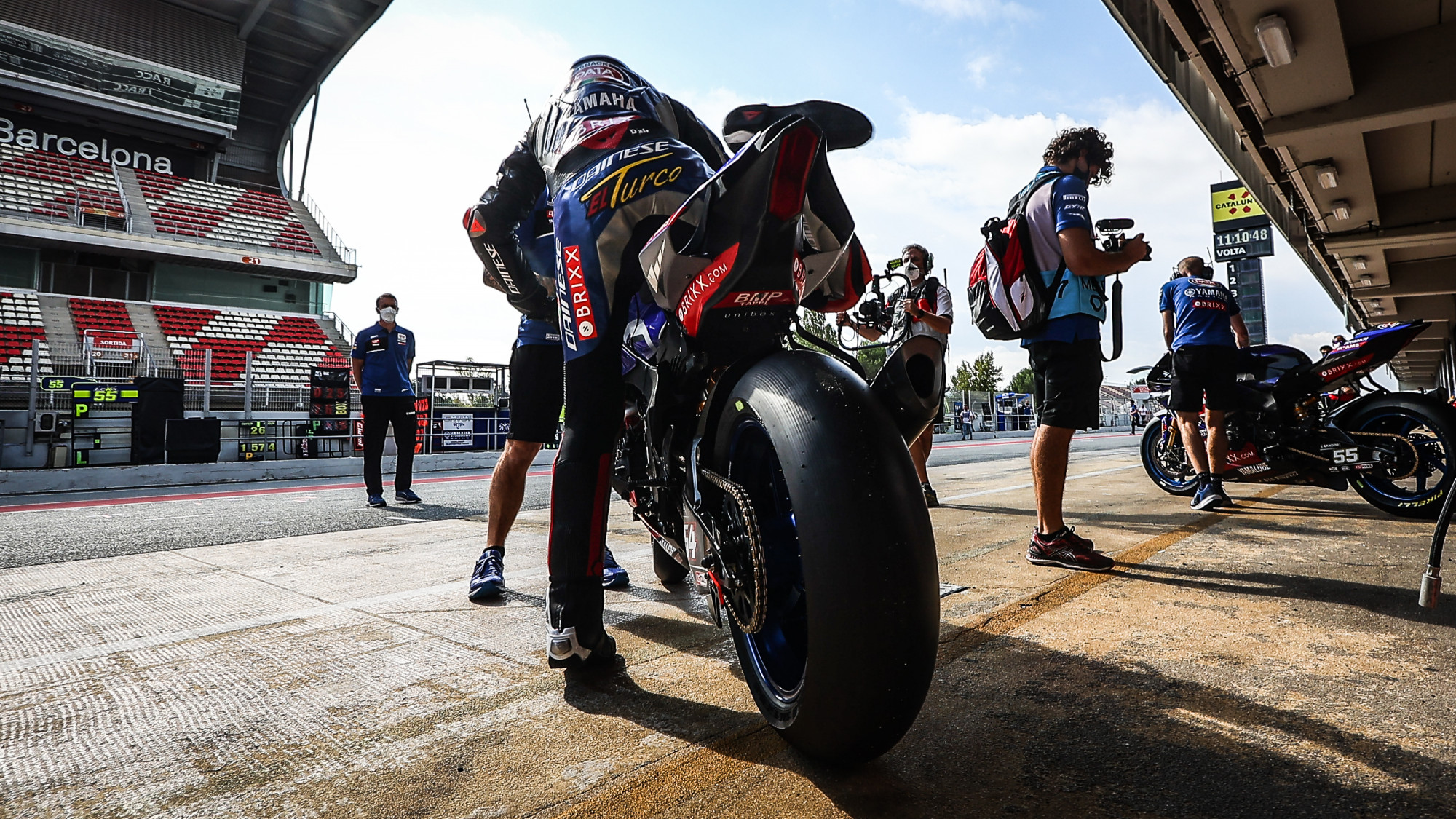 In the biggest 2022 test to date, 20 out of the 24 WorldSBK riders will take to the Circuit de Barcelona-Catalunya for two days of testing

With just a couple of weeks until the MOTUL FIM Superbike World Championship gets underway at MotorLand Aragon, most of the grid are gathering at the Circuit de Barcelona-Catalunya for two days of testing on March 25th and 26th. Track action begins at 10am Local Time (GMT+1) and ends at 6pm on both days, giving all five manufacturers eight hours of running on both days to fine-tune their machines.

ALL FIVE FACTORY TEAMS IN ACTION

The Catalunya test will be the first time all five factory teams have shared the same track since the end of the 2021 season, with Yamaha, Ducati, Kawasaki, BMW and Honda all in action. Pata Yamaha with Brixx WorldSBK will be on track running the #1 plate for the first time since their team launch prior to the test, with reigning Champion Toprak Razgatlioglu on track alongside teammate Andrea Locatelli. Yamaha will be able to compare themselves to more rivals in this test, having tested alongside Kawasaki Racing Team WorldSBK at Portimao. KRT return to track action, like Pata Yamaha, after their team launch with Jonathan Rea and Alex Lowes as they look to refine their package and fight to reclaim the titles they lost in 2021. The Aruba.it Racing – Ducati squad were in the hunt for the 2021 Championships and will be hoping they can go one better in 2022. Having brought back Alvaro Bautista to the team to partner Michael Ruben Rinaldi, the pair have already tested multiple times together and will be looking to build their partnership ahead of the season starting.

The BMW Motorrad WorldSBK Team will have two riders on track in Barcelona after being forced to test with just Scott Redding at Misano. Michael van der Mark is still unfit after fracturing his leg, with the German manufacturer drafting in Ilya Mikhalchik for both the Catalunya and Aragon tests. It will be the Ukrainian’s first taste of the WorldSBK-spec BMW M 1000 RR, but he has experience of the Endurance-spec machine. After completing three tests in five weeks in January and February, Team HRC’s on-track time has quietened down since their last test at Jerez. However, they are back on track at Catalunya with rookie line-up Iker Lecuona and Xavi Vierge as they looked to refine their machine. All five manufacturers have tested plenty of new components throughout their testing programmes so far and will be looking to continue this throughout the two days of action.

The MIE Racing Honda Team will get their first test of the 2022 season for riders Leandro Mercado and Hafizh Syahrin on the CBR1000RR-R. Mercado is returning for a second season with the team as he looks to build on last year’s strong finish, while he is joined by a teammate for the first time in his WorldSBK career. Malaysian rider Hafizh Syahrin will make his debut in WorldSBK in 2022 and will get his first chance to test the bike at the Catalunya test.

MIE Honda are not the only Independent team in action at Catalunya with the Bonovo Action BMW squad back in action after their outing at Misano with riders Eugene Laverty and Loris Baz. The team showed strong pace at their Misano test and will be looking to continue that throughout the Catalunya test as the team gears up for their second WorldSBK campaign; their first with two bikes. GRT Yamaha WorldSBK Team are also back on track with Garrett Gerloff, who battled with Bautista for top spot at the Misano test, and Kohta Nozane ahead of his second WorldSBK campaign.

Four teams with one rider will also be on track at the Catalan venue with Belgian rider Loris Cresson (TPR Team Pedercini Racing) taking to the track for the first time in 2022, and the first since he sustained an injury at the Portuguese Round at Portimao at the end of the 2021 campaign. Oliver König, who replaced Cresson for the Indonesian Round, will take part in his second test of the week in Catalunya after taking part in a two-day test at Estoril earlier this week.

After showing strong pace at Misano, German rider Philipp Oettl (Team GoEleven) will return to the track for his third test with his new team ahead of his rookie campaign in WorldSBK. The team have tested new components and worked on the ergonomics of the bike so far and this is something that may continue at Catalunya. Another rookie who impressed for different reasons at Misano is Luca Bernardi (Barni Spark Racing Team) with the Sammarinese rider cutting the gap between him and the fastest rider every time he gets on the bike. He will be hoping to continue this process as he adapts for his first WorldSBK campaign.

The test at Catalunya will also feature three Ducati Panigale V2 machines from WorldSSP. Raffaele De Rosa (Ducati Orelac Racing VerdNatura) will test for the first time with other Ducati riders, although, like stablemate König, did test at Estoril this week. Nicolo Bulega (Aruba.it Racing WorldSSP Team) returns to the track as he looks to continue his strong pace, including lapping faster than previous lap records. Oli Bayliss (Barni Spark Racing Team) is the third WorldSSP rider on track as he continues to adapt to his Panigale V2 for his rookie season as well as recovering from a fractured ankle he suffered at Portimao.

BE PART OF HISTORY: don’t miss a single moment of action in 2022 using the WorldSBK VideoPass!