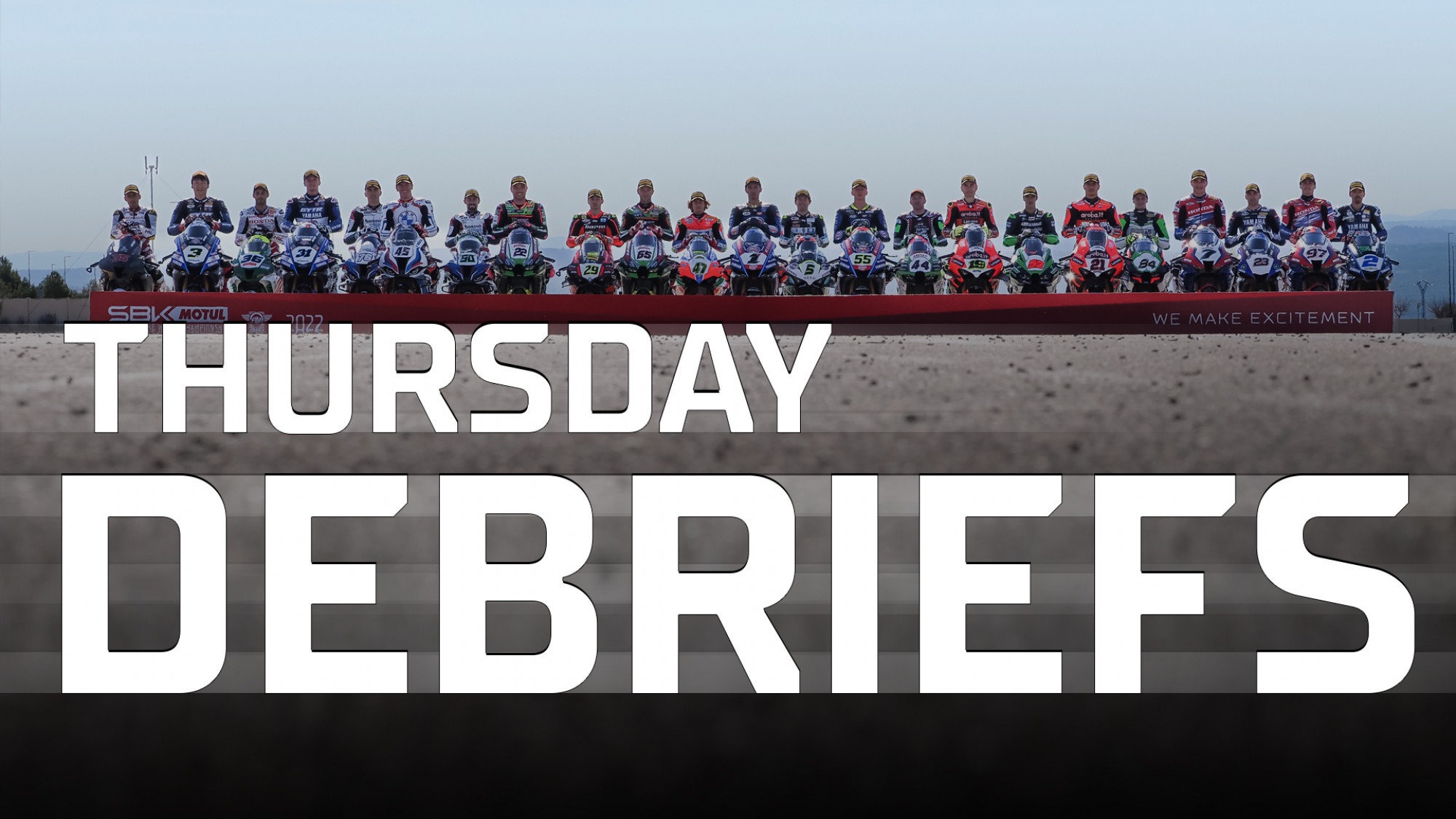 We caught up with the headline names ahead of round one commencing, with everyone in agreement that 2022 is going to be a stunning year for World Superbike

The 2022 MOTUL FIM Superbike World Championship kicks off at MotorLand Aragon for the Pirelli Aragon Round, with the 35th season of WorldSBK getting underway at the Spanish venue. Before the wheels have turned on the first racing weekend of the year, we caught up with some of the main stars and contenders ahead of the season, with plenty of fighting talk from the off.

“I’m excited because the season starts again, and I use the #1. I’m very happy for Yamaha as it’s the first time they use the number. We are ready to race! Normally, I was feeling pressure before the season starts. Now, I don’t feel the pressure as everyone was here for the test, but now I just feel excited! For me, every WorldSBK rider is very fast. We know Bautista and Jonny are very fast, but also the other riders are very fast. Last year, we saw some riders very fast and got good results. Now, I see Garrett, Michael Ruben Rinaldi, Bautista, Jonny, Locatelli… everybody’s fast!”

“I’m happy to start! Last year, picking up the 100th win in 2021 was really nice to start and if we can start in similar fashion this weekend, then that’d be incredible. To have a solid weekend, get as many points on the board as possible and then move on. Rivals come from everywhere and last year, so many people were able to fight for the podium. So, in theory, many can now fight for victories and if we go by the test and everyone’s form, Yamaha riders, Ducati riders and also my teammate Alex. #65 carries less weight for sure! But it’s a happy number for me too, it’s back to my roots and it’s been my career number. #1 is only a borrowed number and it is one that has to be earnt.”

“I am smiling because I’m happy! The readaptation was very quick, even after the first time, when I had to adapt my riding style a little bit, but for me, the Ducati’s very familiar and very natural. I think we are very prepared for the start of the season. I think for this weekend, Toprak is very strong but also Jonathan, who was very fast in the test, so I think they’ll be there, not only for this weekend, but for the Championship. We saw Garrett Gerloff very strong in all the preseason and also at this track, so I think he’ll be near the top. We can’t forget my teammate, Michael Ruben Rinaldi, who’s very fast here and also Alex Lowes. There’ll be a lot of contenders this weekend!”

“A new season in WorldSBK is always exciting with what can happen. Testing is always different to racing, even at the same track, the temperatures have changed and that can affect riders differently. For me, it’s a new challenge with BMW and it’s a new project. Last year, I was thinking about how to win the Championship, this year it’s more about how I can improve the motorcycle and get closer to the top. My position this year is a little bit different and a little bit strange for me. Of course, the goal is always to win and for me, in this moment, it’s about improving the package. We’re getting there one step at a time, and we’ll see this weekend!”

Iker Lecuona (Team HRC): “The level in WorldSBK is very high… I want to be top rookie!”

“The level in WorldSBK is very high. Alvaro with the Ducati goes very fast, Toprak with Yamaha and Rea with Kawasaki. There are more riders, their teammates, so I think this year we have three riders who have a lot of potential to fight for the Championship. But then maybe six or seven riders more fight to win some races, to stand on the podium. For this year, I want to be top rookie. I want to stay in a top position.

Garrett Gerloff (GYTR GRT Yamaha WorldSBK Team): “I think we can have a good first race”

“Biggest improvements for me have been the new chassis that we have, it feels like it has been turning really well. Then, the electronics that we have are feeling good. A combination of those two things are helping me to be really consistent and obviously, that’s the most important thing for the race. Last year, the circumstances for the podium were a little bit unique, but we should be good this year! I want to have a good Superpole session; on the front row would be ideal but the front two rows would make me happy. Then, just have a decent race and really, just go from there, start from somewhere and then just build. I think we can have a good first race.”

“Having top speed is always great in race situations because, when you’re racing against other guys and you have the top speed always in your pocket, it means you’ve got an overtaking place automatically. If you’re lacking straight line speed, you always have to be more creative to try and look for overtaking places. This weekend will be tough at Aragon, the preseason test here has been difficult. All I have to do is progress from the test and try to get inside that top ten. Definitely this season, as it progresses, I want to be looking at that podium but there’s so many great riders and great bikes in WorldSBK right now, it’s a golden era so it’s tougher than ever!”

Philipp Oettl (Team Goeleven): “We can build up gradually”

“I think our goal is to be in front with the other strong Independent teams. I think the first race I cannot fight with Jonny, Toprak or Bautista but if there is an opportunity during the season, of course, I will take it, but we need to stay calm with both feet on to the ground because even in the test, with two tenths faster or slower, you can be in the top six or the top 15. If we work hard and we go step by step, we can build up gradually.”

“I think it’s going to be a great year which is going to be very important, because for the last two years, we’ve faced the pandemic situation worldwide. Even if the show was great and the racing was spectacular, it was a shame that the fans couldn’t attend all of the rounds. The restrictions are being lifted and it looks like we can have our normal crowds again. On the racing, I think it will remain at the same level as last year and I’m confident it can be even closer! Maybe we have a surprise and in the first race, we have all five manufacturers at the front fighting, this will be my wish. We want to get the show to the general public, so that they come to the Paddock Show, the new podium ceremony and all of the new features that we’ve got for the 2022 season.”