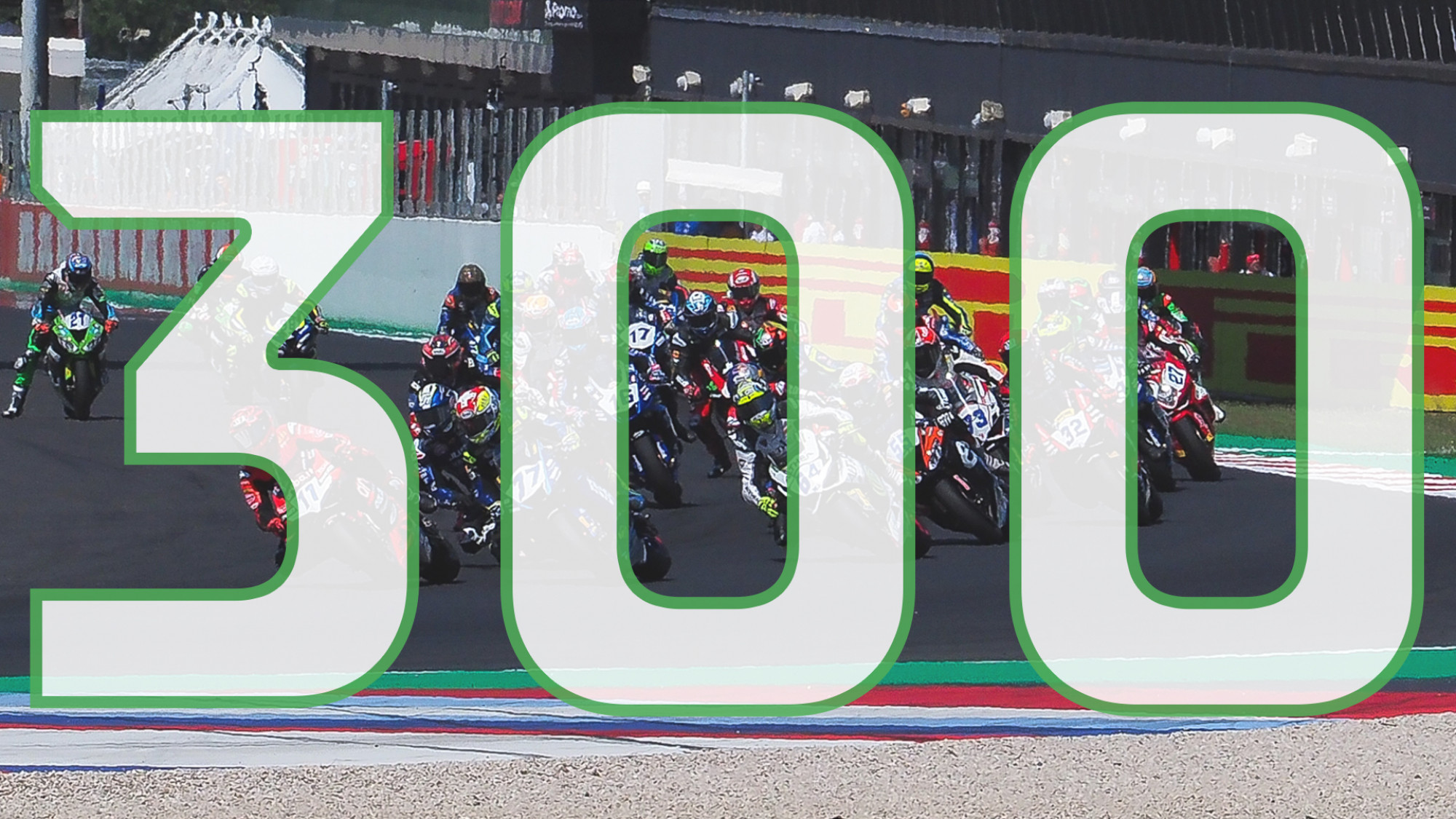 From starting back in 1999 to bringing WorldSBK and MotoGP™ race winners since, World Supersport has always been a melting pot for some of the best motorcycle racing talent…

A landmark is on the horizon for the FIM Supersport World Championship; having started in 1999 and brought iconic names through the ranks and made history along the way, Race 1 at this weekend’s Prosecco DOC Czech Round at the Autodrom Most will be the 300th race in the class. In this special feature, we look back on the major moments in WorldSSP’s stellar history and celebrate the class making it to such a milestone.

Having been a ‘World Series’ organised event until the end of 1998, the class transitioned into the FIM Supersport World Championship for 1999 and the opening season was a dramatic one. In a tense battle all the way, it was Frenchman Stephane Chambon who took honours in the final race of the year at Hockenheim, although he wouldn’t defend it in 2000. In one of the best seasons of racing, 2000 welcomed a six-rider fight for the Championship and after Oschersleben and Round 10, the top four could still take it with a race to go. Chambon and Italian Paolo Casoli led the way to Brands Hatch but a victory for Jorg Teuchert whilst Chambon crashed and Casoli finished fifth meant that he leapfrogged both of them in the standings; third to Champion in a dramatic season showdown. 2001 was even more dramatic; another three-way fight with Casoli, Andrew Pitt and Teuchert saw it go to the finale of Imola, with Pitt yet to win a race and Casoli with an 11-point lead over him. On the opening lap, Casoli tangled with the Alstare Suzuki of Karl Muggeridge, leaving him in the gravel whilst Pitt finished fourth and despite not winning a race, took his first of two titles.

Winning a first race of his career at Imola in 2001 with the Ten Kate Racing Honda team, Fabien Foret was a favourite for 2002 and he clinched the title by five points from Alstare Suzuki’s Katsuaki Fujiwara – little did we know that the Ten Kate’s dominance was just setting in. In 2003, young Australian talent Chris Vermeulen came in and dominated with four wins and eight podiums from 11 races. He was crowned Champion at Imola with a round to spare, before moving up to WorldSBK and challenging for the title straight away there too.

2004 had now arrived and another young Australian, Karl Muggeridge, was in great form and he took the crown, again with domination; seven wins and a round to spare ahead of teammate Broc Parkes. 2005 saw Sebastien Charpentier arrive on the scene and he and teammate Fujiwara battled hard, although Charpentier took the crown with three rounds to spare with the team achieving another 1-2 overall. Kevin Curtain looked certain to end the Ten Kate streak in 2006 but a crash in the final race handed Charpentier his second title and Ten Kate their fifth consecutive. In 2007, Kenan Sofuoglu built on his strong 2006 by clinching the title in 2007, whilst Andrew Pitt was back in 2008, making it seven straight titles for Ten Kate. In 2008 however, Jonathan Rea was also in the Ten Kate Racing line-up and after a first win at Brno, his career has only gone one way since…

In the next years, WorldSSP has a huge talent output, starting in 2009 with Champion Cal Crutchlow. Crutchlow beat Eugene Laverty to the crown, both of whom would go on to enjoy race wins in WorldSBK and prominence in MotoGP™ in the years that followed. 2010 saw a return of the King in Sofuoglu, who took a second crown, whilst Chaz Davies was World Champion in 2011, before he’d go on to be one of WorldSBK’s biggest stars in the 2010s, fighting for the Championship with Jonathan Rea. 2012 was another Sofuoglu show, whilst 2013 saw the Turkish legend battle hard with Sam Lowes. Lowes ultimately held on for the crown before venturing over to the Moto2™ World Championship. In 2014, Michael van der Mark added another crown to the list for Ten Kate Racing, becoming the first Dutch World Champion in the paddock and then moving up to WorldSBK.

With van der Mark moving up to WorldSBK, veteran Sofuoglu was left to battle with Jules Cluzel in 2015 and 2016, beating the Frenchman to both titles, although the Turk would be injured in 2017 and miss out on a sixth crown. Lucas Mahias took over that honour, whilst in 2018, Sandro Cortese took the title as a rookie in the class. In 2019, the Evan Bros. Yamahas of Randy Krummenacher and Federico Caricasulo went hard at it all season and were involved in numerous last lap fights before it would eventually go to Krummenacher. In 2020, it was rookie Andrea Locatelli who dominated, taking ten straight wins on his way to the crown and a WorldSBK ride in 2021 with the factory Yamaha team, whilst 2021 welcomed Dominique Aegerter to the Championship as he delivered the tenth title for Ten Kate Racing, and continues to defend his crown successfully for the 2022 season.

IN NUMBERS: key facts from WorldSSP’s 299 races so far

15 – 15 different countries have won races in WorldSSP, with France on the most at 69.

2 – Only two riders have won back-to-back WorldSSP crowns. The first was Sebastien Charpentier in 2005 and 2006, whilst Kenan Sofuoglu won in 2015 and 2016. Dominique Aegerter aims to become the third.

Watch history continue to be made in WorldSSP with the WorldSBK VideoPass!