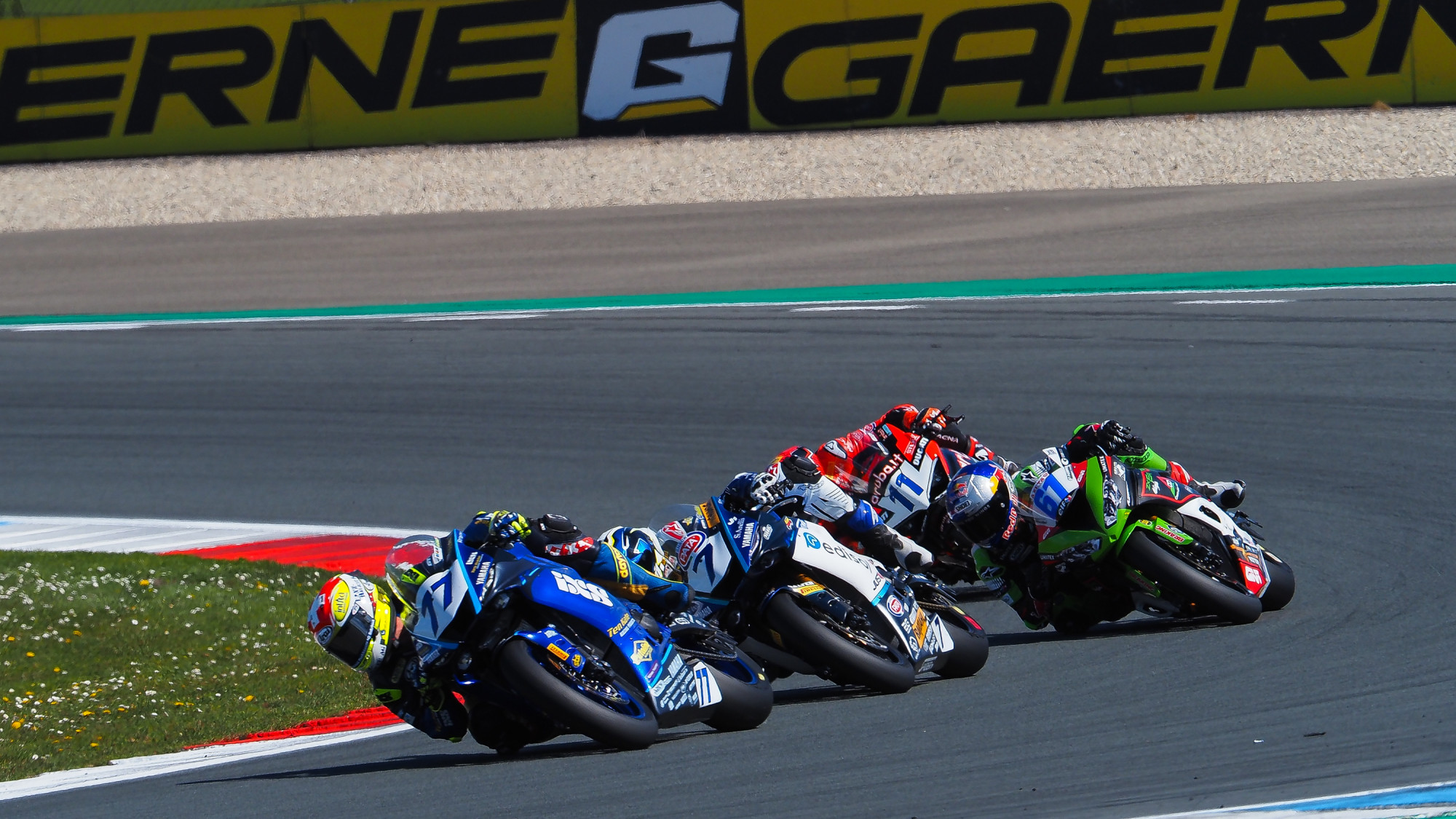 WorldSSP is at Estoril for the third round of 2022, with all eyes on the rivals aiming to beat the reigning Champion

Since the FIM Supersport World Championship made its debut at the Circuito Estoril, four races have been run with four different winners. Both 2020 winners have moved on to the MOTUL FIM Superbike World Championship, while one winner from 2021 has moved on to a different challenge and one remains in the paddock. With the 2022 Estoril Round coming up, the potential for a fifth winner in five races, or maybe a sixth winner in six races, is high in a Championship that has been thrilling and unpredictable in 2022.

CAN THE GAP BE CUT? Aegerter takes a 30-point lead into Estoril…

After taking 95 points out of a possible 100 to start the 2022 season, Dominique Aegerter (Ten Kate Racing Yamaha) arrives at Estoril with a 30-point lead as his title defence gets off to a near-perfect start. Race 2 at the Circuito Estoril in 2021 was the scene of Aegerter’s first WorldSSP victory and he will be hoping to repeat that success in the face of stiff competition from his rivals as they look to close the gap in the Championship.

The two riders closest to Aegerter in the Championship, Lorenzo Baldassarri (Evan Bros. WorldSSP Yamaha Team) and Nicolo Bulega (Aruba.it Racing WorldSSP Team) will be tackling Estoril for the first time in WorldSSP, although Baldassarri has experience of the circuit from his Red Bull Rookies Cup campaign where he took two podiums in 2011. Will both be able to close the deficit to Aegerter across the weekend, or will the Swiss come out on top at the place he really came good in 2021?

Glenn van Straalen (EAB Racing Team) has enjoyed a sensational start to his 2022 campaign and sits fourth in the standings after two rounds. Denied a famous maiden win in front of his home fans in Race 1 at Assen after a perfectly timed overtake by Aegerter, he’ll be looking to once again stand on the rostrum. He has not raced at the Portuguese venue since 2020 in WorldSSP, where he finished 17th and 19th. Only six points behind van Straalen, Niki Tuuli (MV Agusta Reparto Corse) will be hoping to build on his circuit-best result of eighth place which he scored in Race 2 in 2021. With more time on the MV Agusta F3 800 RR, can Tuuli leapfrog van Straalen in the standings?

A TIGHT BATTLE: little to separate riders inside the top ten

Behind Tuuli in the standings is an incredible battle to round out the top ten, with five riders separated by only nine points. Can Oncu (Kawasaki Puccetti Racing) leads the group after taking two third places so far in 2022. With a best result of sixth at Estoril, the Turkish star will be hoping he can jump up the order with more rostrum visits in 2022. Oncu is just one point ahead of Estonian rider Hannes Soomer (Dynavolt Triumph) who has scored a podium at the Portuguese venue before; can Soomer repeat that on the first visit to Estoril for the Triumph Street Triple RS?

Soomer’s teammate, Stefano Manzi, is just behind Soomer in the standings and will be looking for a strong result on his first visit to Estoril in WorldSSP, although he raced at the circuit in 2012 when competing in the Red Bull Rookies Cup. Between WorldSSP Rounds, Manzi raced in Moto2™ at Jerez and Le Mans alongside WorldSSP race winner Manuel Gonzalez as a replacement rider, taking home points at Le Mans with tenth place and 13th at Jerez. Ninth and tenth in the standings are Jules Cluzel (GMT94 Yamaha) and Federico Caricasulo (Althea Racing), both of whom have enjoyed success in the past at Estoril. Cluzel took a podium in Race 1 last year, while Estoril was the scene of Caricasulo’s only pole position of the 2021 season.

Two wildcard riders will compete in the Estoril Round with Tom Edwards (Yart – Yamaha WorldSSP) returning for his second straight round and Luca Ottaviani will compete for the Altogo Racing Team; the squad that won the last two WorldSSP Challenge titles with Kevin Manfredi. Ben Currie (Motozoo Racing by Puccetti) returns for his WorldSSP debut at Estoril after injury ruled him out of the first two rounds, where he’ll race alongside Jeffrey Buis for the first time.

Peter Sebestyen (Evan Bros. WorldSSP Yamaha Team) needs to be passed fit after being declared unfit at the TT Circuit Assen with a left shoulder functional impairment, whilst Andy Verdoia (GMT94 Yamaha) suffered from arm pump in his right arm and was also declared unfit. Leonardo Taccini (Ten Kate Racing Yamaha) also needs medical checks before racing, along with Kallio Racing duo Patrick Hobelsberger and Alessandro Zetti. Tom Booth-Amos (Prodina Racing WorldSSP) suffered a left leg fracture in a Race 1 crash at Assen and is hoping to be back at Estoril but will need to be declared fit.

Watch all the action from WorldSSP at Estoril and the rest of 2022 using the WorldSBK VideoPass!