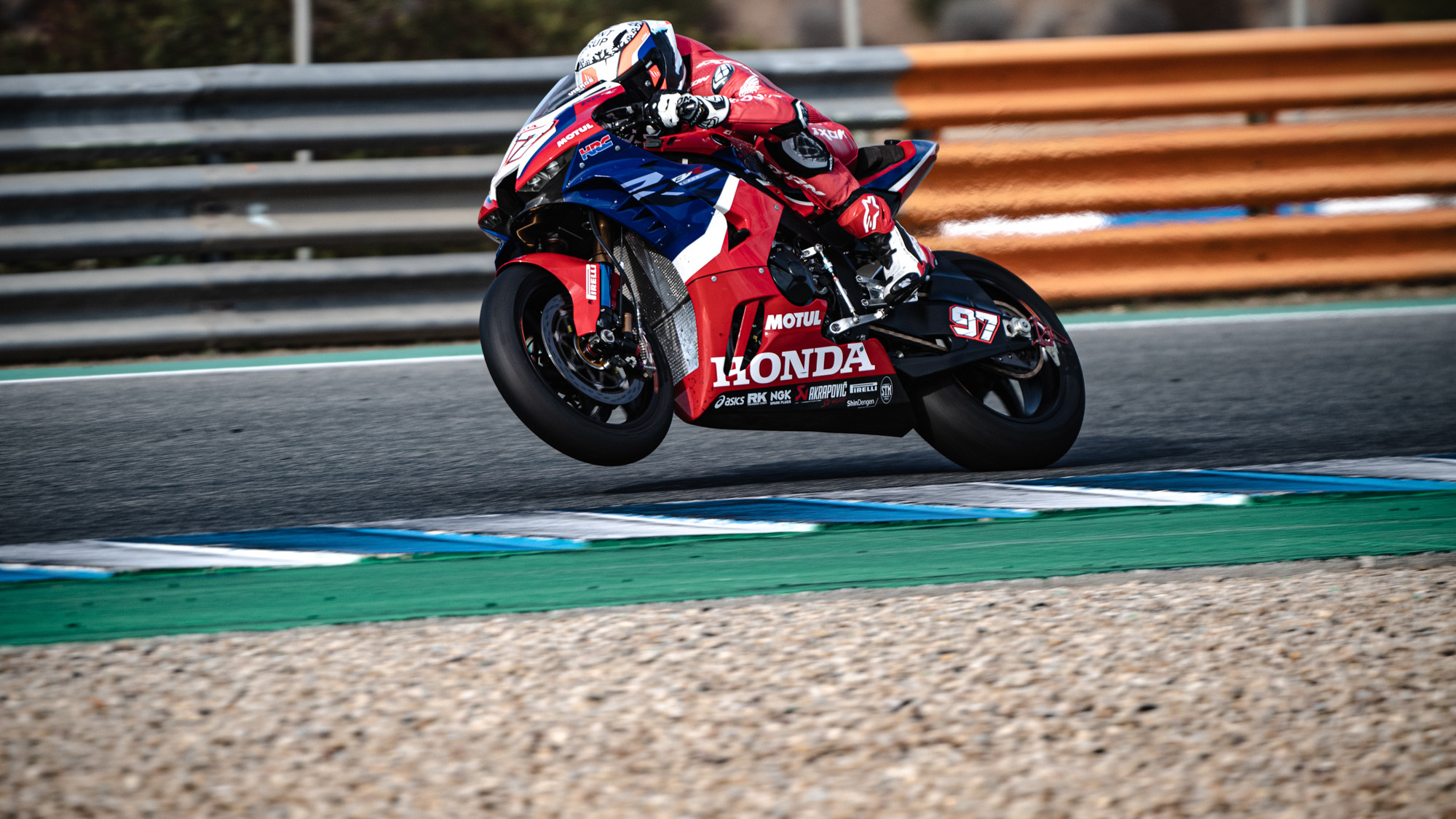 Despite having to test with just one rider on Friday, Team Manager Leon Camier described the test as a “very good start” for both Lecuona and Vierge

The all-rookie line-up at Team HRC got their first taste of the MOTUL FIM Superbike World Championship as Iker Lecuona and Xavi Vierge got on the CBR1000RR-R for the first time at the Circuito de Jerez – Angel Nieto. The three-day test gave the duo the chance to work with Honda ahead of their WorldSBK debuts as they look to hit the ground running following their switch from the MotoGP™ paddock.

Lecuona joins Team HRC after two years in MotoGP™ while Vierge spent seven years competing in Moto2™, with both hoping for success in WorldSBK as they start afresh. The test was the first time the pair got to work with their team and get used to their new surroundings, as well as test with each other on track.

Lecuona’s test was interrupted after a crash on Wednesday where he fractured the little finger on his left hand at the fast right-hander of Turn 12, with the injury forcing the Spaniard to miss Friday’s action at Jerez. Team HRC continued to test on the third day of the test with Vierge the sole rider for the team, with the team running Showa suspension during the test having raced with Öhlins in the 2020 and 2021 campaigns.

Team HRC Team Manager, Leon Camier, said: “We’ve essentially made a very good start and both Iker and Xavi have adapted very quickly to the bike and to the team -you could sense that they’re highly motivated. The lap times were good right away, but this was not our goal and so we were not pushing for those. It was all about trying to understand the bike, the tyres and the changes we made, which have most related to electronics at this initial stage. Their comments were in line with what we already knew about the bike, and that’s impressive at what is their first test. We used our current bike so that they could understand the base set-up and what we have now, and then they’ll be able to evaluate the updates we’ll introduce next year. Conditions have been very good throughout the whole test, so even though Iker missed the final day, he was able to take advantage of a lot of useful track time and has already completed a lot of work. Of course, we need more time on track with both riders, so that they gradually gain experience. It’s an all-round learning process, but so far everything has been going very well.”

Get set for the 2022 season using the WorldSBK VideoPass!