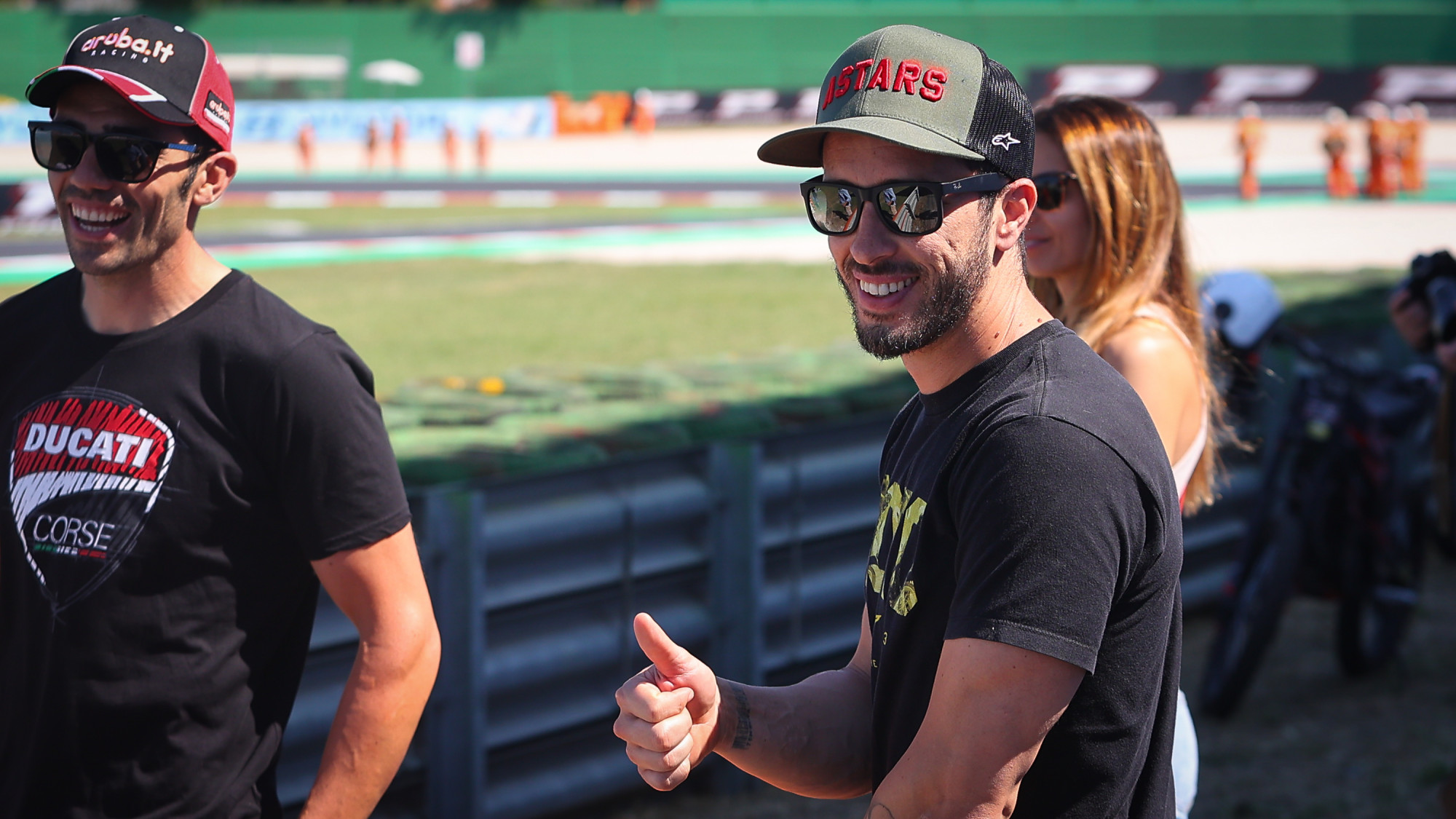 The triple MotoGP™ runner-up gave his opinion on his Yamaha compatriot, whilst also reviewing the title battle in WorldSBK so far

With red-hot 2022 MOTUL FIM Superbike World Championship fight continued throughout the Pirelli Emilia-Romagna Round at the Misano World Circuit “Marco Simoncelli” in Italy, with Italian MotoGP™ star Andrea Dovizioso in attendance. The three-time MotoGP™ Championship runner-up, 24-time Grand Prix winner and 2004 125cc World Champion spoke about a variety of things during his appearance, from who he was supporting to Toprak Razgatlioglu’s (Pata Yamaha with Brixx WorldSBK) riding style and the title battle.

Talking about his attendance at the Pirelli Emilia-Romagna Round, ‘Dovi’ was thrilled to be in the paddock supporting Yamaha and also his good friend Michael Ruben Rinaldi (Aruba.it Racing – Ducati): “I always enjoy coming here with my friends. It’s always a special event and I have a passion for every motorcycle racing event! I am here supporting Yamaha but also my friend Michael Ruben Rinaldi.”

Dovizioso gave thoughts about Razgatlioglu’s riding style, saying he doesn’t understand what he’s able to do: “He’s crazy, he’s very difficult for me to understand the details from outside. His way to ride is very unique; I don’t understand how he can brake that late compared to Jonathan Rea, who is normally a really hard breaker. It’s so nice to see him battle because every time, he’s very aggressive until the final corner!”

Talking about the Championship, he commented on Alvaro Bautista’s performance so far: “Alvaro is very competitive, I know him very well and for sure he’s fast but it’s not only that. He’s good at managing races and he’s very light, so his acceleration is unbelievably good. He normally doesn’t use the rear tyre a lot so he has a lot of tyre at the end of the race. He will be very tough for the competitors to beat for sure. Jonny is so good and it’s nice to see his effort! He’s trying everything! His speed isn’t there like Alvaro’s, but it means that he has a Championship mentality, which is really good for him. I think it will be very nice until the end of the season.

Watch the remaining eight rounds of the 2022 title race wherever you are with the WorldSBK VideoPass!