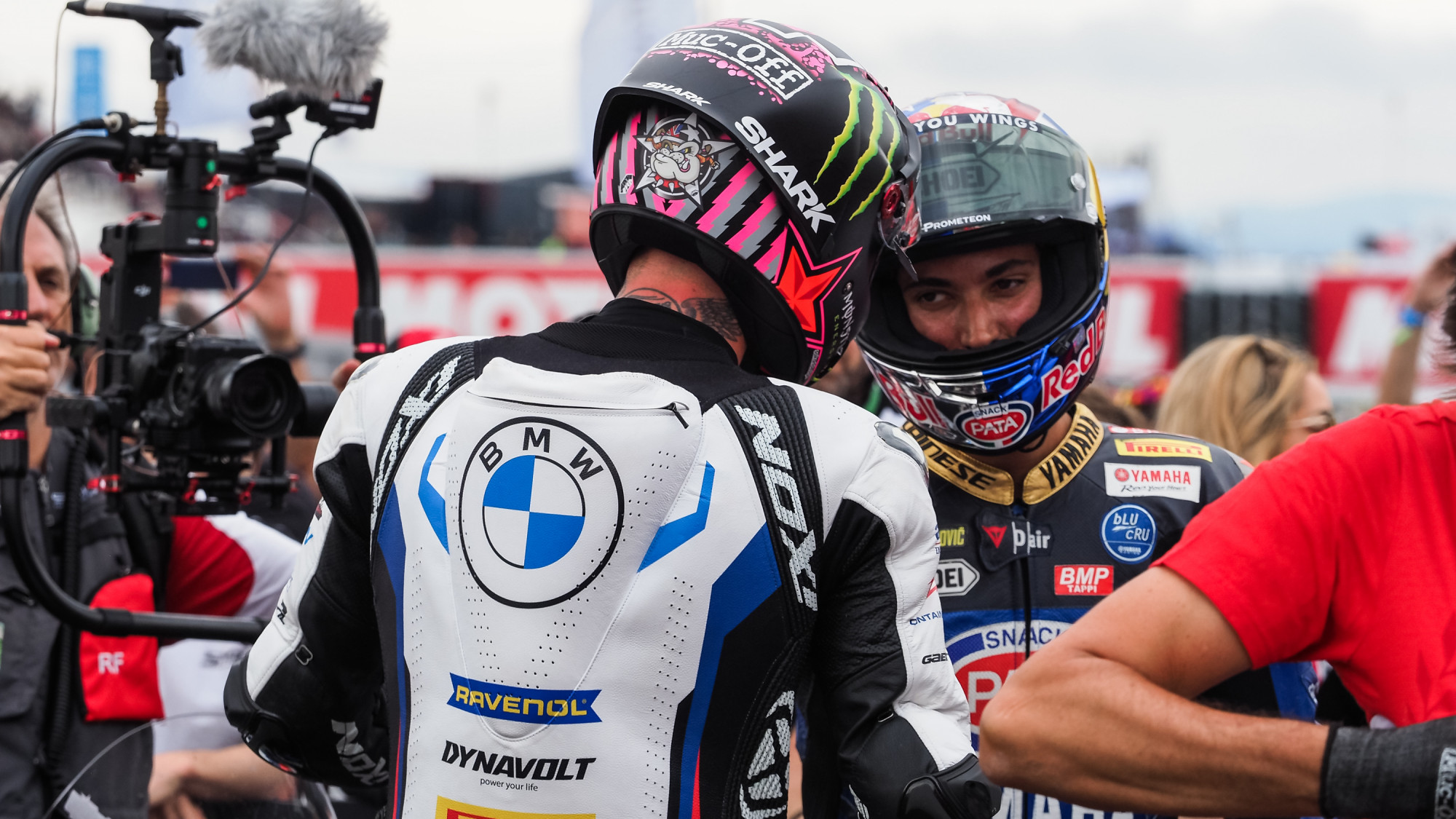 There was a sense of déjà vu in the MOTUL FIM Superbike World Championship paddock at the Autodrom Most after a fierce battle between Toprak Razgatlioglu (Pata Yamaha with Brixx WorldSBK) and Scott Redding (BMW Motorrad WorldSBK Team) in the closing stages of the 22-lap race for a podium position. Both were able to claim podium positions at the Prosecco DOC Czech Round, with Razgatlioglu finishing ahead of Redding.

It was a similar story in Race 1 at Most last season when Redding, then racing for Ducati, went head to head with Razgatlioglu for the win in the closing stages of Race 1. On the final lap, Razgatlioglu made a move at Turn 20 to take the race win, with Redding settling for second. After the race last year, both riders disagreed over the move before Redding went on to claim Race 2 victory in 2021.

Reacting to the battle after, Redding said: “More than close, I would say. It’s frustrating a little bit because I want him to understand, for a safety reason, where the line is on overtakes. He didn’t make the apex of the corner. He put me completely off the track. Luckily, it was all okay, but I want to know where the limit is. Where is it where someone says ‘okay, this is too much’. We finished on the podium. I also had to battle with Jonathan. It was really all go. I was really hungry for that podium and I was not going to leave anything out on track.”

Razgatlioglu also gave his thoughts on his battle with Redding. He said: “With Scott, because I saw he was very strong in the last sector and also the second sector, I had just one chance. I tried. I passed him but I almost crashed, we both went a bit wide together. Anyway, we finished on the podium and we take good points in the Championship.”

Watch more incredible action from the 2022 Czech Round using the WorldSBK VideoPass!