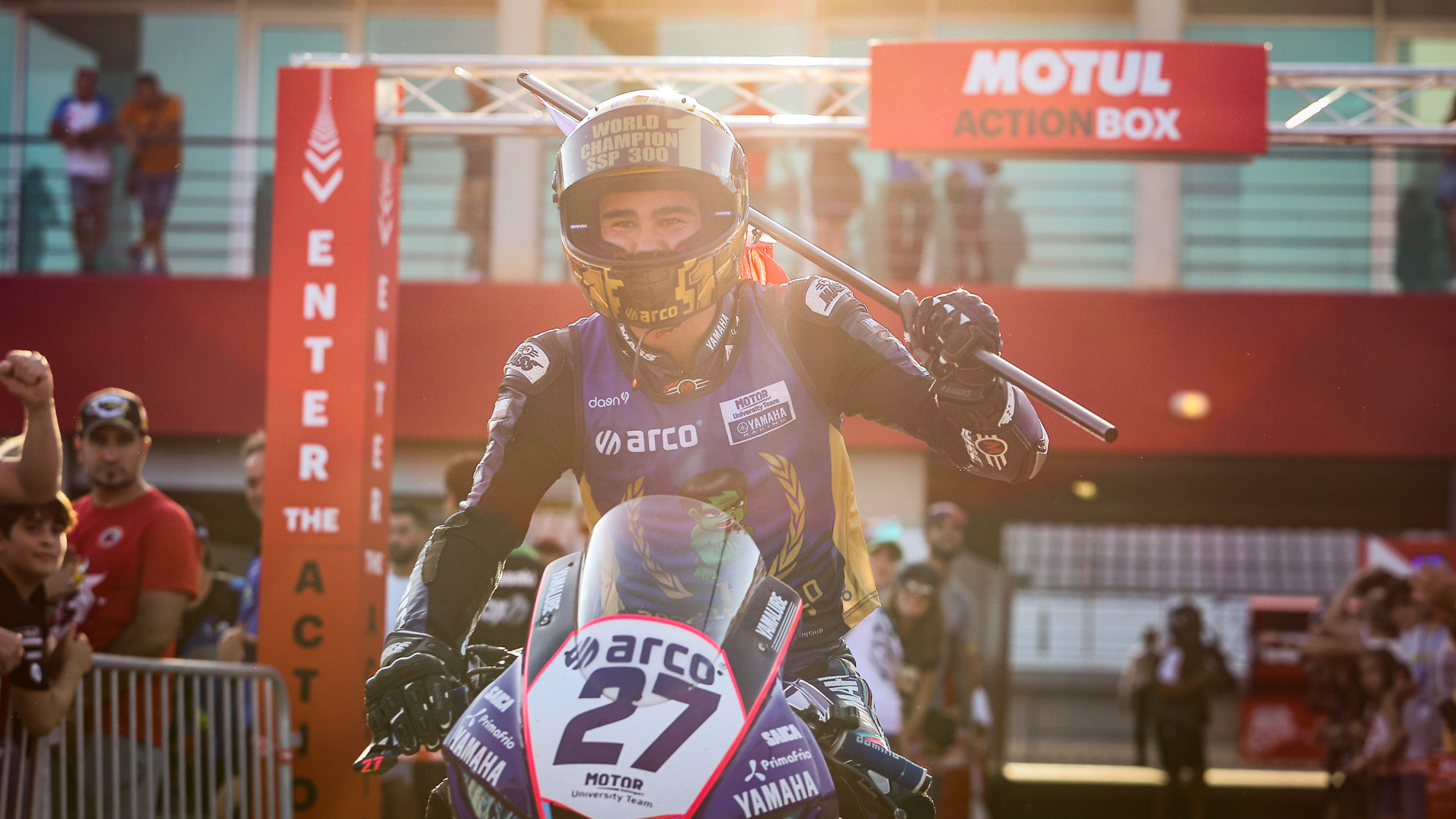 A new Champion was crowned in the FIM Supersport 300 World Championship after a red-flagged Race 1 at the Autodromo Internacional do Algarve as Alvaro Diaz (Arco Motor University Team) finished in seventh place during the Pirelli Portuguese Round in a restarted encounter. German rider Dirk Geiger (Fusport-RT Motorsports by SKM-Kawasaki) took his maiden WorldSSP300 victory in a commanding fashion by 2.649s.

The original start was red flagged following a crash at the end of Lap 2 involving Victor Steeman (MTM Kawasaki) and Jose Luis Perez Gonzalez (Accolade Smrz Racing). Steeman was transported via helicopter to Faro Hospital with polytrauma and a head injury. Diaz was crowned 2022 after taking sixth place in the restarted race, which was raced over eight laps, while Geiger claimed his maiden victory in Race 1.

A MAIDEN VICTORY, A CLOSELY-FOUGHT PODIUM: nothing to separate five riders

Geiger was able to break away from the chasing pack to convert his first WorldSSP300 pole position into his first World Championship victory by 2.649s, ahead of a group of six riders who were fighting for the podium. French rider Hugo De Cancellis (Prodina Racing WorldSSP300) took second place in the drag to the line after starting the original race from the back of the grid following a penalty. He was 0.020s ahead of Humberto Maier (AD78 Team Brasil by MS Racing) in third as the Brazilian rider took his maiden podium.

ROUNDING OUT THE TOP TEN: around a second off the podium

Brazilian rider Enzo Valentim (AD78 Team Brasil by MS Racing) took eighth place and was less than a second away from De Cancellis in second place, while Samuel Di Sora (Leader Team Flembbo) in ninth and 2017 Champion Marc Garcia (Yamaha MS Racing) rounding out the top ten. Garcia was just 3.371s down on Geiger at the end of the race, and only 0.7s down on De Cancellis at the end of the race; showing how close the field was after eight laps.

SECURING POINTS: finishing in the top 15

Yeray Saiz Marquez (Accolade Smrz Racing) finished in 11th place, missing out on a spot in the top ten by less than a tenth of a second, with Alex Millan (SMW Racing) in 12th. Millan had to take a double Long Lap Penalty in Race 1 for slow riding in FP2, with Millan finishing ahead of compatriot Daniel Mogeda (Team#109 Kawasaki) in 13th; Mogeda the last of four Spanish riders finishing between 10th and 13th. Indonesian rider Wahyu Nugroho (Team BrCorse) took 14th place and two Championship points in his first race, ahead of Lennox Lehmann (Freudenberg KTM – Paligo Racing) in 15th with the German rider taking the final points-paying position.

TO NOTE: Housekeeping from Race 1

The first two retirements from the race were Bruno Ieraci (Prodina Racing WorldSSP300) and Troy Alberto (Fusport-RT Motorsports by SKM-Kawasaki) after a collision on Lap 5, also involving Kevin Sabatucci (Kawasaki GP Project), although Sabatucci was able to re-join the race but decided to bring his bike to the pits. The incident was placed under investigation by the FIM WorldSBK Stewards after the race, while Alberto was taken to the medical centre for a check-up following the crash. On the same lap, Ruben Bijman (MTM Kawasaki) crashed at Turn 11 and, despite re-joining the race, brought his bike to the pits.

Watch the final WorldSSP300 race of the 2022 campaign on Sunday at 15:15 Local Time (GMT+1) using the WorldSBK VideoPass! 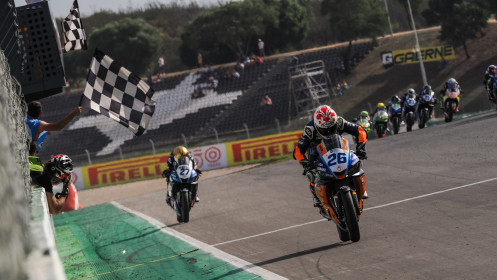 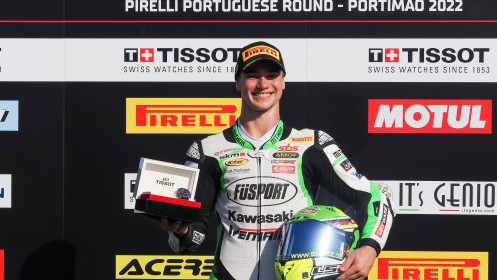 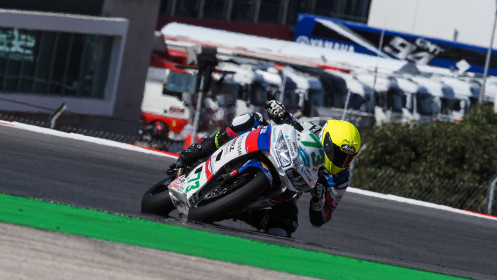