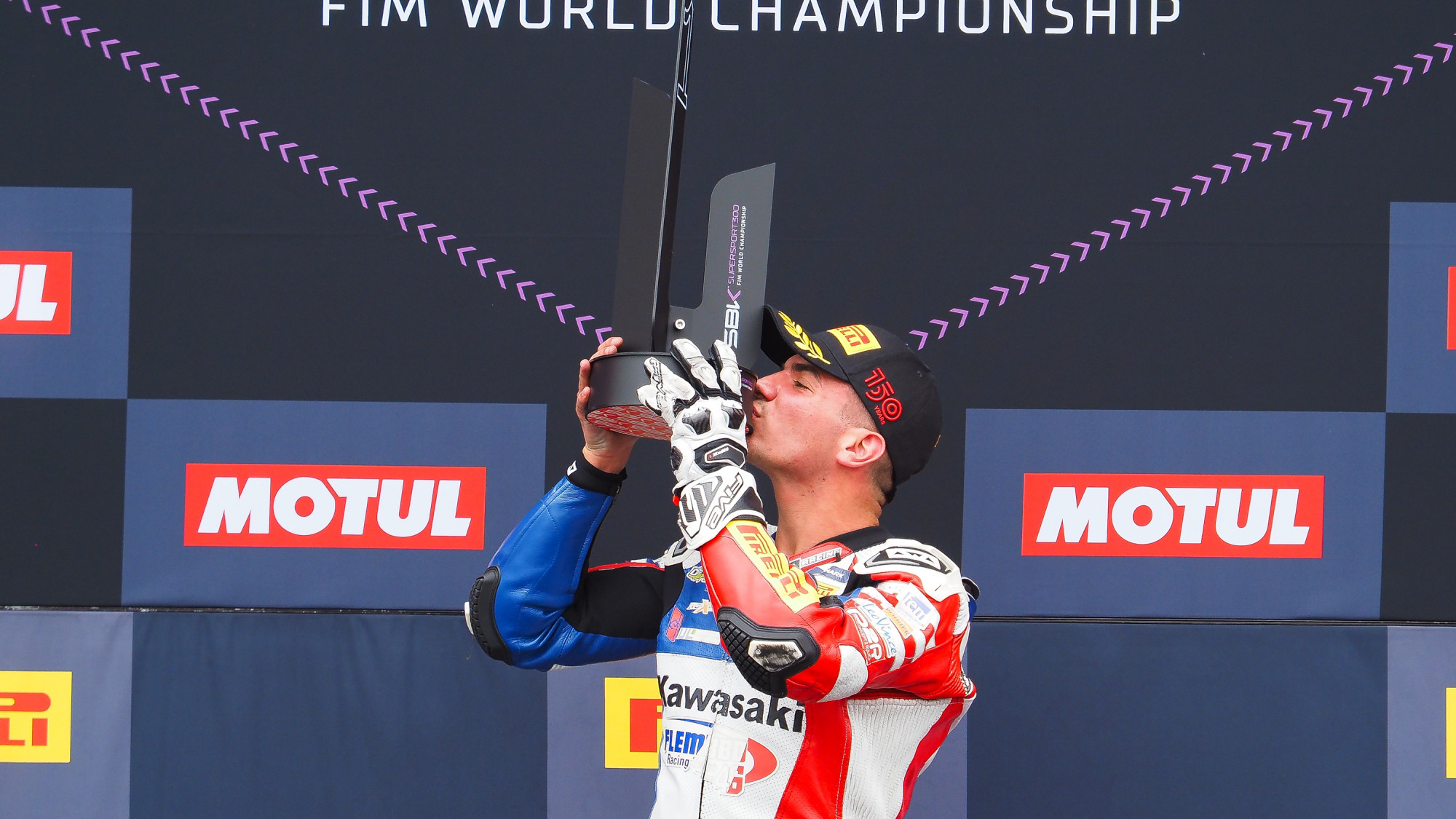 The Prodina Racing WorldSSP300 team will have two new riders on the FIM Supersport 300 World Championship grid next year as preparations for the new season start just weeks after the 2022 season concluded. French rider Samuel Di Sora will make the switch to Prodina Racing as he embarks on his fifth season in the Championship, and he is set to be joined by rookie Mattia Martella for his first full season in the World Championship.

Di Sora is one of the veterans of WorldSSP300 with four campaigns already under his belt and has raced 49 times in WorldSSP300 throughout his career. He made his debut in the 2019 season and took part in five races, scoring points in all five. This earnt the French rider a full-time ride for 2020 with the Leader Team Flembbo squad, the team he has competed for throughout his time in the Championship.

In 2020, Di Sora achieved his first two podiums in WorldSSP300 as he took second place at both the Circuit de Barcelona-Catalunya and Circuito Estoril. He was ninth in the Championship but his podium success was just starting; five followed in the 2021 season, along with his first win at the Autodromo Internacional do Algarve, before four more in 2022. Di Sora has 11 podiums in 49 races, including two wins, with a best Championship position of fourth.

Discussing his move to Prodina Racing WorldSSP300, Di Sora said: I’m really excited to start this new adventure. I’m confident about the potential of the package and I want to thank team Prodina and Kawasaki for this opportunity. I can’t wait to start our work together.”

Di Sora will be riding alongside Martella on Kawasaki machinery in 2023. Martella made a wildcard appearance, with Prodina Racing, at his home round at Misano in 2022 but did not finish either race. Martella has been with the team in the Italian CIV Supersport 300 championship since 2020, scoring podium results in all three seasons with the team and claiming ‘rookie of the year’ honours in his maiden campaign.

Revealing his excitement to jump into WorldSSP300, Martella said: "I am very excited about this new adventure that we will have in 2023. It will be a unique and very motivating experience, participating in World Supersport 300. I will have to face new tracks and new opponents, but always with the same determination to give my best. I'm very excited and I can't wait to get back on track for the first tests. I thank Riccardo and Salvatore as well as all the sponsors for this opportunity."

Discussing the signings of Di Sora and Martella, Team Manager Riccardo Drisaldi said: “We’re pleased to be able to count on an experienced and talented rider like Samuel Di Sora. Interestingly, we’ve always scored strong results with French riders throughout our sporting and professional history. We’re convinced that we will be able to do very well next season. Mattia has matured a lot in recent years with us and has confirmed himself as a talented and methodical rider, so now he is ready to jump into WorldSSP300. I am absolutely convinced that Mattia has important room for improvement, and I hope that he can be an integral part of our sporting plans for a long time.”

Watch the final rounds of 2022 from Indonesia and Australia for just €9.99 using the WorldSBK VideoPass!