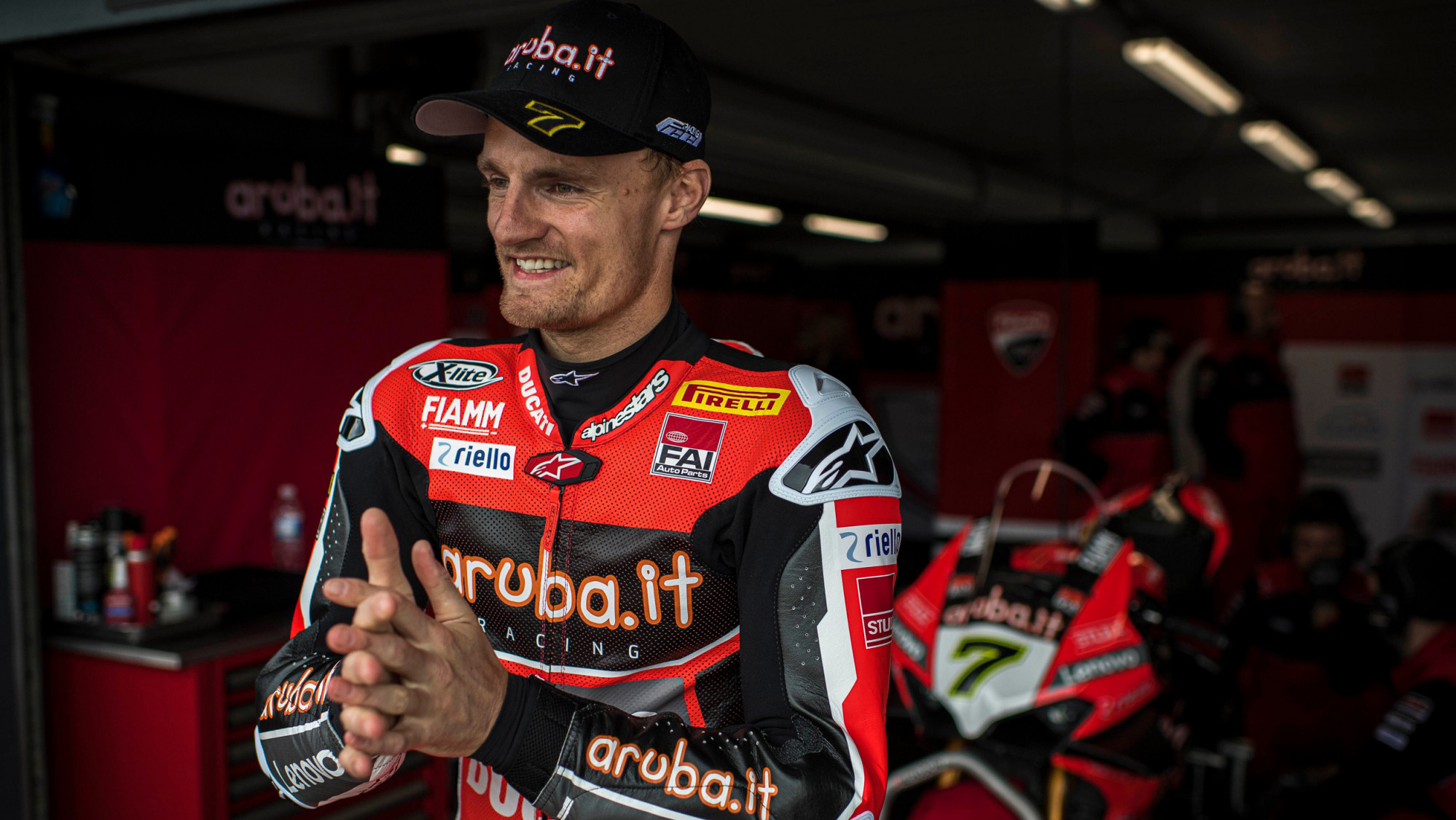 After announcing his retirement from riding in the MOTUL FIM Superbike World Championship, Chaz Davies will continue to be a key figure in the paddock and with Ducati as he joins Aruba.it Racing – Ducati as the Riders’ Coach. Davies will work with WorldSBK riders Alvaro Bautista and Michael Ruben Rinaldi as well as with Nicolo Bulega as the Italian makes his WorldSSP debut in 2022.

Davies scored 89 of his 99 WorldSBK podiums with Ducati machinery, the last coming at Estoril in 2021, as well as 28 victories and finishing inside the Championship top three on five occasions. After a season with Team GoEleven in 2021, Davies announced his retirement from the Championship as a rider but will return to the paddock in his new role with the team he had so much success with.

The Aruba.it Racing – Ducati squad will compete in both WorldSBK and WorldSSP this season. Davies will take up the Riders’ Coach role in WorldSBK with Spaniard Bautista, returning to the team after two seasons with Team HRC, and Rinaldi who remains with the squad for the second consecutive season on the Ducati Panigale V4. In WorldSSP, there will be one rider for the Welshman to be Rider Coach for as Bulega makes his WorldSSP debut this season. Bulega has spent the last three seasons in Moto2™ but will join the WorldSSP grid for 2022 on the Ducati Panigale V2 as the Bologna manufacturer returns to the Championship.

Looking ahead to his new role, Davies said: I’m absolutely thrilled to remain part of the racing world and especially with the Aruba.it - Ducati family, with whom I enjoyed the best years of my racing career. It will be an interesting perspective to see the action from ‘the other side of the fence’! I believe that with my seven years of experience as an official Ducati rider and knowledge of both the Ducati V2 and V4 bikes I am well equipped to contribute to the future success of the team. We have excellent riders for the 2022 WorldSBK and WorldSSP campaigns and I will give everything I can to maximise their potential. I want to thank Stefano Cecconi, Feel Racing and Ducati for this opportunity and can’t wait to get started!”

Team Principal of Aruba.it Racing – Ducati, Stefano Cecconi, added: “We are happy to be able to count on Chaz again, albeit in a new role both for him and for our team. His experience will certainly be of great help to our riders, allowing them to express their full potential. His contribution to the SuperSport project will also be fundamental for both Nicolo Bulega and the team, as the Panigale V2 has the DNA of the twin-cylinder Superbikes on which Chaz achieved outstanding results over the past years.”