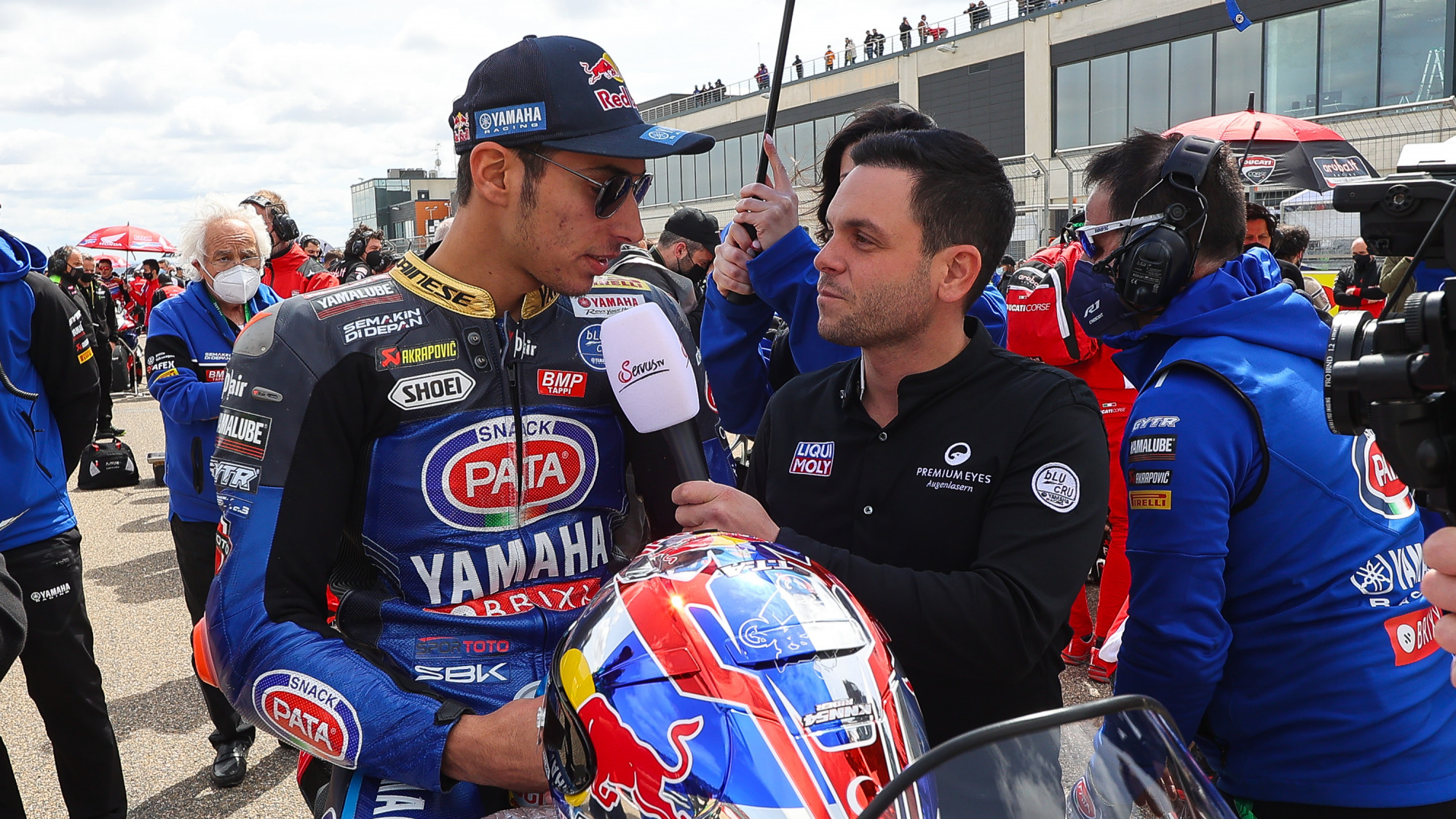 After a crash left him forced to retire, double World Champion Sandro Cortese is now giving back to the sport he loved in more ways than one

With the 2022 MOTUL FIM Superbike World Championship already one round in, a familiar face was back inside the paddock for the first time in almost two years. Sandro Cortese was back at MotorLand Aragon, but unfortunately, not on the track. The 32-year-old German, the first ever Moto3™ World Champion in 2012 as well as the 2018 World Supersport Champion, hung up his leathers for good ahead of 2022, following a heavy crash at Portimao during the 2020 Portuguese Round at Portimao. However, he’s now a TV commentator and presenter for ServusTV, broadcasting in his native Germany as well as Austria and Switzerland.

RETIREMENT AND A NEW LIFE: “II thought it was the right point to close the old chapter”

Speaking about the decision to call it a day, Cortese said he knew that it wouldn’t be the return to racing action he desired: “It was a pretty hard decision to be honest, I knew it a few weeks before. I tried the rehabilitation and coming back, but I realised my body was not as it was before the crash, so I made the decision to concentrate on a new life. When the new WorldSBK season started, I knew I would be in my new job as a TV commentator and expert, so I thought that this was the right point to close the old chapter but of course, I will always love racing and be a part of this family.

“Being on the other side, it was very different, coming back to the track after 20 months; I’d never been to a track without racing, as I’d always had my bike and my team, whereas this time I was interviewing all the guys and speaking to them. It was such a great feeling, as I’m back in the World Championship and for me.”

Talking about getting down to business, Cortese was straight in the deep end with a live on-air grid interview with six-time World Champion Jonathan Rea: “The riders when they spoke said that it was very strange, as we raced together and fought for top positions and now, I interview them! I think it will take a few race weekends until they accept me as the new journalist that I am. Also, for me, my first interview was with Jonny on the grid on Saturday, and I was a little bit nervous as it was my first race, and you have to be very concentrated, especially as you’re live. I really enjoyed the work!”

With him being the 2018 WorldSSP Champion and also a rival of the likes of Dominique Aegerter (Ten Kate Racing Yamaha) and Lorenzo Baldassarri (Evan Bros. WorldSSP Yamaha Team) in Moto2™, Cortese assessed the start of the 2022 season: “Domi looked very strong as a reigning World Champion, but also Baldassarri and some others who came from the Moto2™ World Championship. They have a lot of experience, so they’re not a real rookie, they’re a reference in the class. They have got many years as well in MotorLand Aragon. WorldSSP is a different and very hard category and I expect it to be a tough and hard battle.”

GIVING BACK TO HIS SPORT: helping German prospects reach their world-stage potential

Concluding with other projects, Cortese stated that his focus will be on developing young German talent from grassroots to the world stage: “I work with Yamaha and bLU cRU in the German part. As I said in the past, we have a big problem in Germany with the talents. We have Marcel Schrotter in the Moto2™ World Championship and then a couple of guys in WorldSSP and WorldSSP300, but then there’s nobody. I said ‘OK, I have to start to create these talents a little bit’, it will take a few years and working in the bLU cRU cup, was amazing. We already gave one rider the chance in the IDM Supersport 300 and hopefully, one day, he’ll be here with us in the World Championship.”

Watch the 2022 World Superbike season wherever you are with the WorldSBK VideoPass!