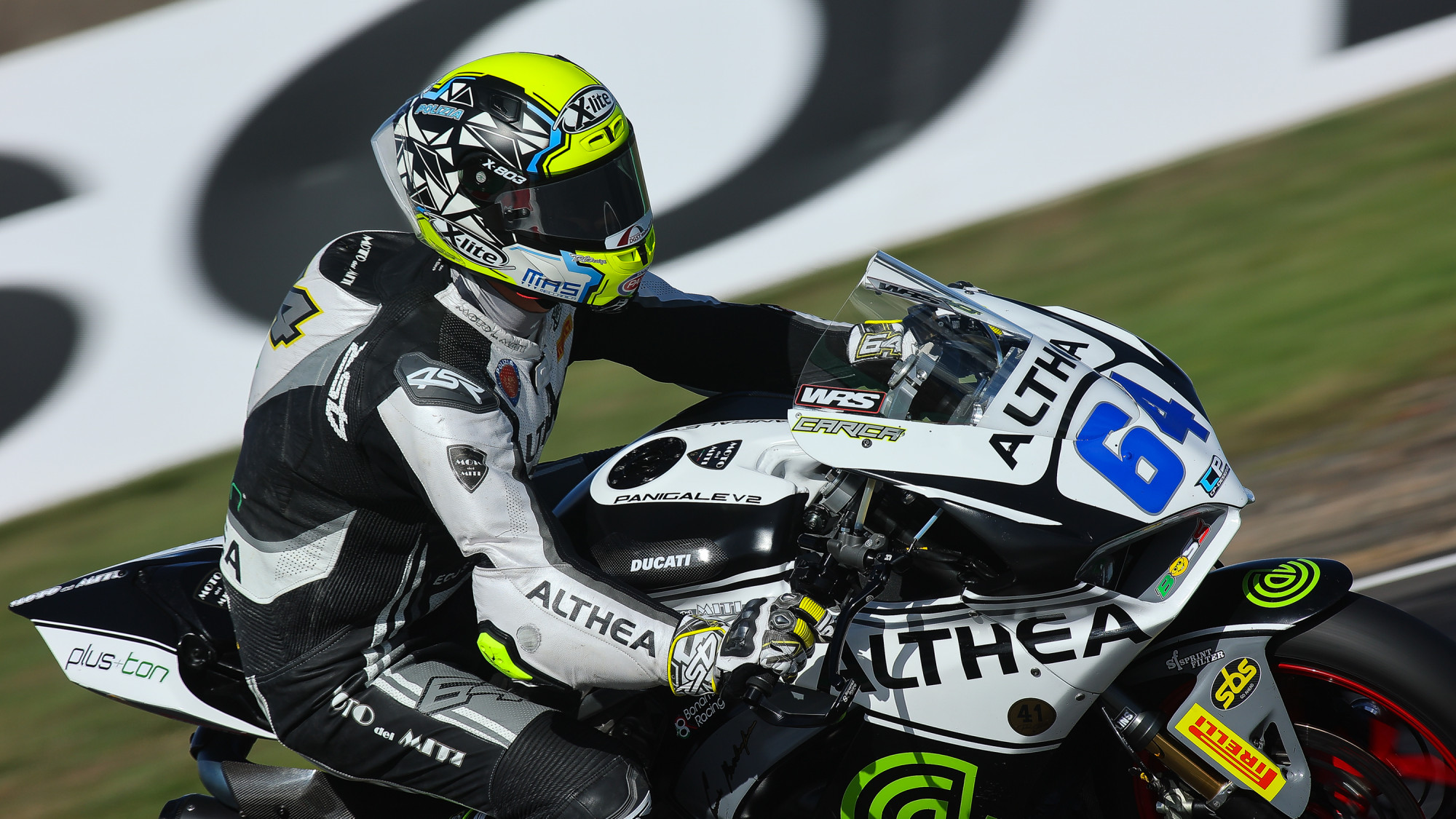 Federico Caricasulo took a stunning pole position by less than a tenth of a second, while Ducati took their first pole position since 2001

The FIM Supersport World Championship’s Tissot Superpole session was a dramatic 20-minute session at the Circuit de Nevers Magny-Cours for the Pirelli French Round as Federico Caricasulo (Althea Racing) claimed his tenth pole position by just 0.097s. Caricasulo’s pole position also returns Ducati to the top spot in Superpole for the first time since 2001, while there were also shocks and surprises inside the top ten.

The Italian rider posted a lap time of 1’40.565s and was regularly fighting at the top of the timesheets throughout the session as he took his first pole position since Estoril in 2021, but also Ducati’s first since Donington Park in 2001 when Vittoriano Guareschi claimed pole position. Caricasulo’s tenth pole position means he has now tied with Cal Crutchlow at eighth in the all-time list.

Caricasulo will be joined on the front row by Lorenzo Baldassarri (Evan Bros. WorldSSP Yamaha Team) in an Italian 1-2, with Baldassarri hoping he can take more points out of his Championship rivals in France. Spanish rookie Adrian Huertas (MTM Kawasaki) took third place for his maiden front row start at a circuit the 2021 WorldSSP300 Champion has had success at; he did the double at Magny-Cours in 2021 in WorldSSP300. It means three manufacturers are on the front row for the first time since Jerez in 2021.

HOPING TO TAKE A PODIUM: starting from row two

ROUNDING OUT THE TOP TEN: in a strong place

Can Oncu (Kawasaki Puccetti Racing) took seventh place in Superpole, missing out on a second row start by a tenth of a second with the Turkish star set to start alongside Oli Bayliss (BARNI Spark Racing Team); the Australian rookie claimed his best Superpole result with eighth place. French duo and GMT94 Yamaha teammates Andy Verdoia and Jules Cluzel rounded out the top ten with Verdoia posting a 1’41.368s and Cluzel just 0.001s slower than his teammate. 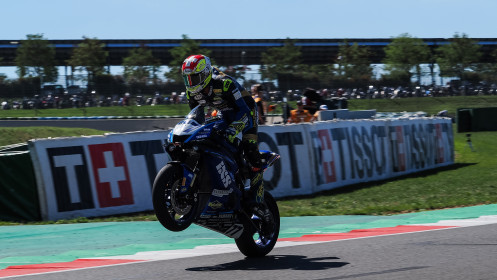 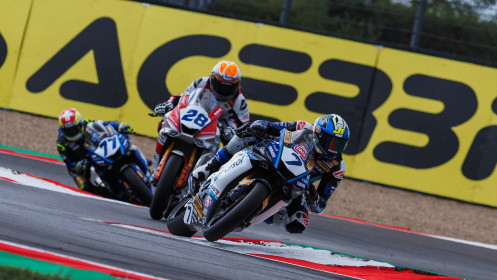 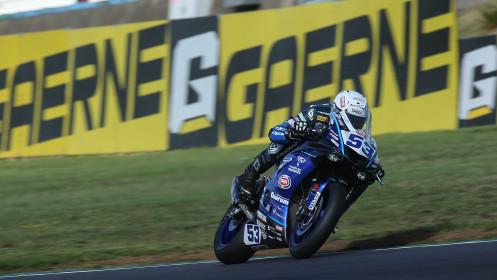 The French rider took top spot in a session where the track dried throughout the session, with the top two separated by just 0.023s